Men and Hair Loss: What Are the Options? 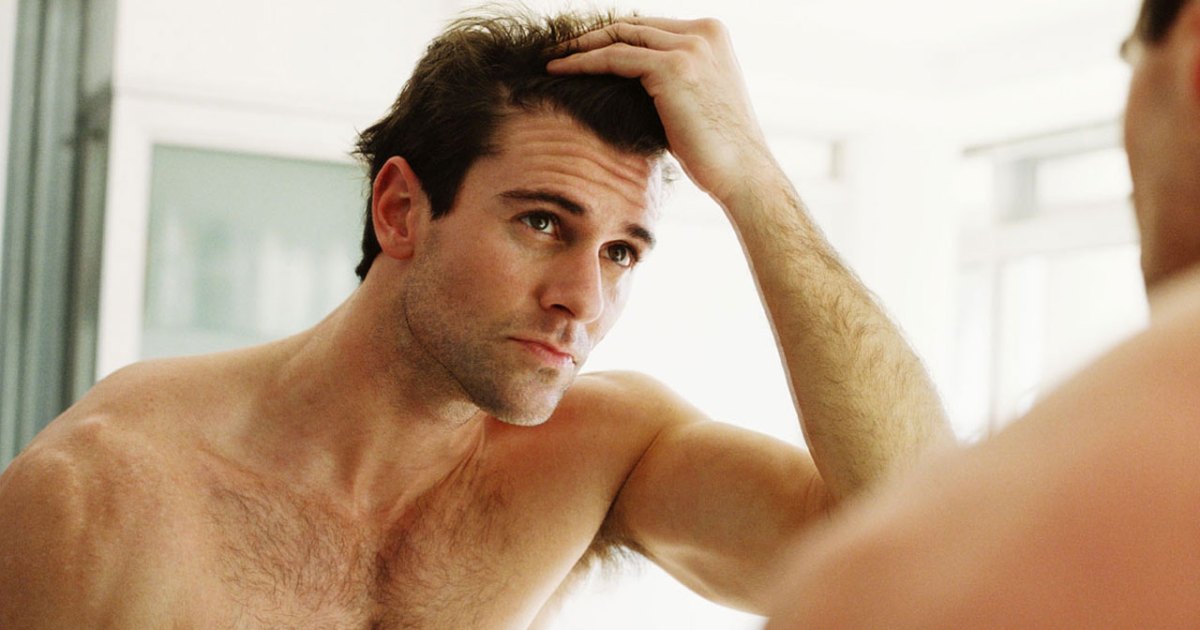 It may seem a peculiar American vanity that men have in-boxes full of hair loss treatment offers and spend billions of dollars on hair loss treatments each year. Not so. As Gersh Kuntzman illustrates in his book Hair! Mankind's Historic Quest to End Baldness, chrome-dome anxiety has tormented us for ages. Caesar's laurel wreaths? Classic red herring, Kuntzman says.

Baldness is biblical, too -- from the Maccabees to Samson and Delilah (a story Kuntzman calls "practically a commercial for Propecia") -- the Old Testament is littered with hair loss. If there'd been email back then, it's a good bet Elijah would be agonizing over whether or not to Buy Rogaine Online Now.

For as long as men have been fretting over their expanding foreheads, they've been scrounging for hair loss treatments. From hippo fat pomades to the urine of young foals, history is full of just-so-crazy-they-might-work concoctions. They didn’t work. And a quick Googling reveals that most of the products and services marketed today are only slightly less absurd.

In reality, there’s a very limited number of effective treatments for male pattern baldness. Given that two-thirds of American men will experience a significant level of thinning by the age of 35, it's worth running through the options.

The pill to prevent hair loss
Looking for a pill to keep from going bald? Finasteride, known more commonly as Propecia, is taken daily in 1 mg doses. Because it works by lowering dihydrotestosterone (DHT) levels, it’s assumed it can reduce hair loss for a majority of men. It also often achieves a measure of regrowth.

"I recommend that everyone [with any hair loss] take finasteride," says Robert M. Bernstein, MD. Bernstein is associate clinical professor of dermatology at Columbia University and founder of the Bernstein Medical Center for Hair Restoration. "To patients who are younger,” he says, “I also recommend minoxidil. But the mainstay is finasteride. The data show that, over five years, it significantly retards hair loss in 85% of users."


Both finasteride and minoxidil, the only other FDA-approved hair loss product (most commonly marketed as Rogaine), require a commitment. Stop either of these hair loss treatments and your progress vanishes. Within months, you'll lose whatever hair you managed to retain or grow back.

Finasteride does have potential sexual side effects. A very small percentage of men experience decreases in libido and other problems, but this is rare and generally temporary.

Liquid hair loss treatment -- There's the rub
Initially used to treat high blood pressure, minoxidil was the first medication approved by the FDA to treat male pattern baldness. By applying Rogaine (or a generic version) directly to the scalp twice a day, a man in the early stages of hair loss can often stimulate growth. The American Hair Loss Association points out that results of treatment with minoxidil are limited, but it still endorses using it in combination with other treatments or as an alternative if finasteride doesn't work.

"I caution patients to try it for a limited time," Bernstein says. "Because it's not as simple [to use] as a pill, use isn't always regular, and you end up losing whatever you gained."

Side effects of minoxidil are limited to occasional itchiness and dry scalp.

Hair transplants
The good news: Hair transplants don't look like dolls' hair anymore. The bad news: You won't be able to go anywhere to show off your new 'do because you'll be broke. The average recipient of a follicle transplant receives several thousand grafts -- strips of hair removed from bushier parts of the head -- at a cost of several thousand dollars. The cost continues to mount when patients come back for added thickness over the years.

The hair transplant is an expensive procedure that, as with other options, rarely leaves you with a Fabio-like mane. Still, the science has improved dramatically in recent years, and more than a few lusciously locked movie stars are rumored to have gone under the tweezers.

Toupee or not toupee
As with transplants, the word toupee conjures an outdated and disagreeable image. The 70s-style rugs have mostly been traded in for spiffier "hair replacement systems." But the basic concept -- a foreign object atop your head -- can only evolve so far. Of course, the effectiveness of hairpieces is tough to evaluate. You may spot an awful one now and then, but the ones you do spot are just the awful ones. Who knows how many masterpieces slip undetected under the radar?


Barring a hair-tugging spree, there aren't many opportunities to admire the toupee's invisible art. But among those clients willing to own up, the American Hair Loss Association reports that over 70% are ultimately dissatisfied with their experience at hair replacement salons.

Alternative hair loss remedies
One word: boondoggle. From saw palmetto to zinc, a vast array of tinctures, supplements, and shampoos promise to do what the FDA-approved treatments do -- only cheaper and perhaps even better because of some “little-known ancient wisdom.” Turns out that FDA approval isn't for nothing.

"There's never been a single study to show they work," Bernstein says of the alternative remedies. "It's conceivable that some might have some minor impact. But the real problem is that people waste valuable time experimenting with them when they'd be much better off spending their money on something proven to work. The window for Propecia passes, and if you've spent two years with this herbal thing instead, that can make a big difference in the results you ultimately get."

George Cotserelis, MD, is director of the University of Pennsylvania's Hair and Scalp Clinic. He agrees that there's no evidence these alternative hair loss treatments have any effect. "If any of it did work," he says, "I'd be very worried about using that product. The fact that it’s working would mean it's doing something to the testosterone and could be having adverse effects."

Laser combs: The Star Trek solution
For those concerned that the existing treatments lack a certain sci-fi quality, behold the Laser Comb. The Laser Comb recently became only the third hair loss treatment to receive FDA approval. And it is the first that doesn’t use drugs or surgery. By stimulating follicles with a low-level laser, the hand-held device was shown in test trials to increase hair volume in a majority of patients.

The 545 dollar product is a source of great optimism among some -- and some wariness among others. "We've definitely seen some benefit, probably on the order of minoxidil," Bernstein says. "But the study was only six months long. And there's suspicion among many of us about the long-term effectiveness. The process doesn't affect DHT."

Future hope
Even more fantastical than a laser-emitting comb is that longed for promise of a total cure to baldness - hair cloning. By culturing and successfully implanting new hair cells, scientists might be able to grow follicles where once there were none. But don't be fooled by Dolly. Making hair isn't the same as making sheep.

"We've been saying it's 10 years off for many years now. I still say it's 10 years off," Bernstein says. "There are some major scientific barriers to overcome. Then there are the trials to go through, the approval, the cost constraints. But I definitely think it will happen -- someday."

Cotserelis speaks even more guardedly: "Will it be a total cure for baldness? I'd say the future will hold many more treatment options. But there won't be one solution for everyone. You'll still have to use multiple approaches, like you do now."