Happy in Marriage, Heavier on the Scale? 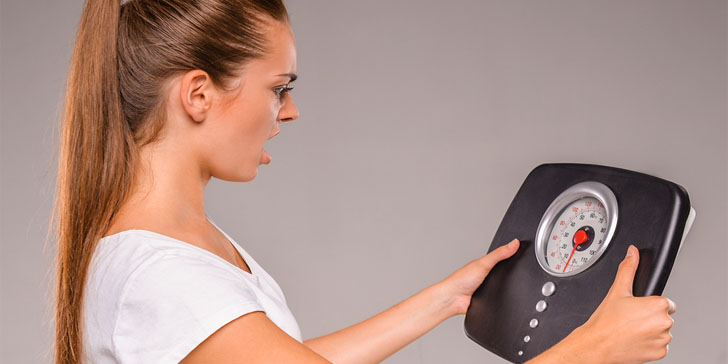 Everyone has had that friend who was svelte when single and then became noticeably more plump after entering a state of marital bliss. Now, there is new evidence that it was not your imagination: After following a group of newlyweds for four years, the researchers found that the happier you are in your marriage, the more likely it is that you will gain some extra weight.

"It's pretty widely accepted that marriage itself is associated with weight gain and divorce with weight loss," said lead researcher Andrea Meltzer, an assistant professor of psychology and a social psychologist at Southern Methodist University, in Dallas. "What is less clear is the role of [marital] satisfaction in marital weight gain."

To focus on that, Meltzer recruited 169 young couples, all married within the past six months, and followed them over four years. The husbands, on average, were 25, while the wives were 23. On eight occasions, information was collected on both their satisfaction with the union and their weight.

That finding held, she said, even after compensating for such obvious factors as pregnancy. The association doesn't prove a cause-and-effect link, she stressed.

Meltzer presented the findings recently at the Society for Personality and Social Psychology annual meeting in New Orleans.

How to explain the extra pounds?

Those less satisfied with the relationship, Meltzer speculated, may be contemplating divorce. So, they might be trying to maintain an ideal weight to attract a new mate.

Those who are satisfied may be relieved that the hunt for a mate is over, and slack off on weight-control strategies. She calls this the ''mating market'' model, suggesting that weight maintenance is motivated mostly by a desire to attract a partner.

For the study, Meltzer said she did not separate out men and women, but the effect held for both genders.

The average weight gain over the four-year period was not great, but Meltzer noted that it could add up to a substantial amount over time.

At the study's start, the husbands had a body-mass index (BMI) of nearly 26, defined as slightly overweight. The wives' average BMI was 23, defined as a normal weight.

"For each unit of increase in satisfaction found, either by the person or the partner, a 0.12 increase in BMI occurred every six months, on average," Meltzer said.

"At the end of the four-year study, they [on average] are still in a healthy weight range," Meltzer noted. "But we don't know what happens after four years yet."

However, she said, other explanations may help account for marital weight gain. "It is also possible that happily married couples see each other more and eat together more [dining in the company of others can lead people to eat more]."

In her own research, presented at the same meeting, Markey found that partners compare themselves to each other when making assessments about their own weight. She studied more than 100 heterosexual couples and 72 lesbian couples for her research.

"This is pretty intuitive, but never documented," she said. "People in relationships seem to be comparing themselves to their partners, and those comparisons seem to shape how they feel about their weight and their body."

She also found that women who reported low relationship quality were likely to adopt unhealthy weight-management strategies, such as crash diets.

So what are newlyweds to do?

Health issues, including weight maintenance, are relationship issues, Markey stressed. Couples should talk about how to eat well and be physically active.

"These things should not be separated. If you love your partner, you should be involved and invested in his or her health," she said. "You should also care about maintaining your own health so that you are around to spend time with your partner."