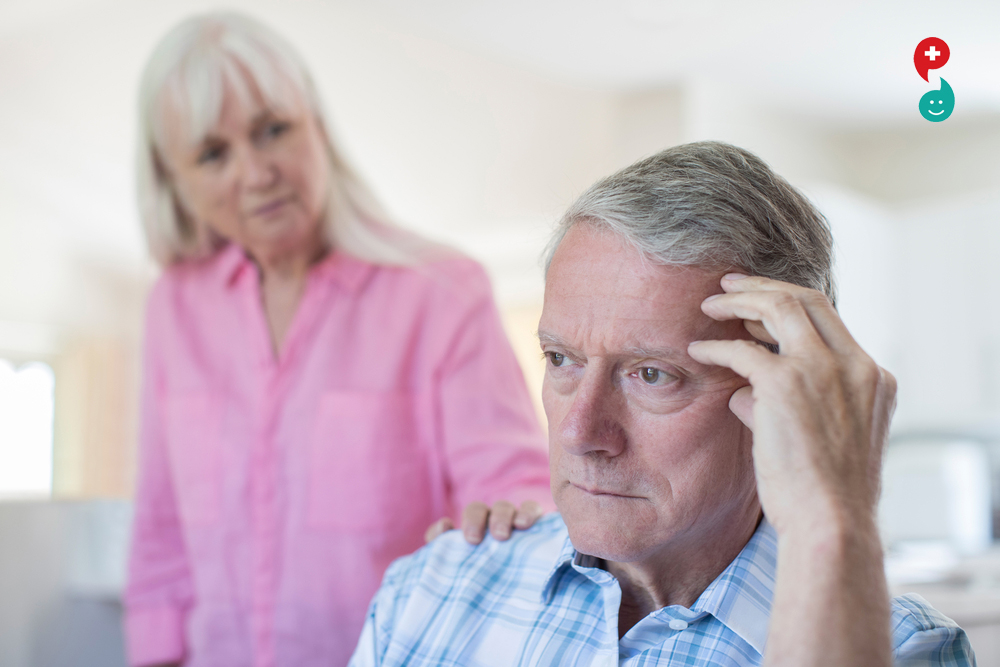 We’ve all misplaced keys, blanked on someone’s name, or forgotten a phone number. When we’re young, we don’t tend to pay much mind to these lapses, but as we grow older, sometimes we worry about what they mean. While it’s true that certain brain changes are inevitable when it comes to aging, major memory problems are not one of them. That’s why it’s important to know the difference between normal age-related forgetfulness and the symptoms that may indicate a developing cognitive problem.
Memory and aging: Forgetfulness is a common complaint among many of us as we get older. You start to talk about a movie you saw recently when you realize you can’t remember the title. You’re giving directions to your house when you suddenly blank on a familiar street name. You find yourself standing in the middle of the kitchen wondering what you went in there for. Memory lapses can be frustrating, but most of the time they aren’t cause for concern. Age-related memory changes are not the same thing as dementia.
As we grow older, we experience physiological changes that can cause glitches in brain functions we’ve always taken for granted. It takes longer to learn and recall information. We’re not as quick as we used to be. In fact, we often mistake this slowing of our mental processes for true memory loss. But in most cases, if we give ourselves time, the information will come to mind.


Memory loss is not an inevitable part of the aging process
The brain is capable of producing new brain cells at any age, so significant memory loss is not an inevitable result of aging. But just as it is with muscle strength, you have to use it or lose it. Your lifestyle, habits, and daily activities have a huge impact on the health of your brain. Whatever your age, there are many ways you can improve your cognitive skills, prevent memory loss, and protect your grey matter. Furthermore, many mental abilities are largely unaffected by normal aging, such as:
Your ability to do the things you’ve always done and continue to do often
The wisdom and knowledge you’ve acquired from life experience
Your innate common sense and your ability to form reasonable arguments and judgments


What are 3 causes of age-related memory loss?
The hippocampus, a region of the brain involved in the formation and retrieval of memories, often deteriorates with age.
Hormones and proteins that protect and repair brain cells and stimulate neural growth also decline with age.
Older people often experience decreased blood flow to the brain, which can impair memory and lead to changes in cognitive skills.


What is difference between Normal forgetfulness and dementia?
For most people, occasional lapses in memory are a normal part of the aging process, not a warning sign of serious mental deterioration or the onset of dementia. The following types of memory lapses are normal among older adults and generally are not considered warning signs of dementia:
Occasionally forgetting where you left things you use regularly, such as glasses or keys.
Forgetting names of acquaintances or blocking one memory with a similar one, such as calling a grandson by your son’s name.
Occasionally forgetting an appointment or walking into a room and forgetting why you entered.
Becoming easily distracted or having trouble remembering what you’ve just read, or the details of a conversation.
Not quite being able to retrieve information you have “on the tip of your tongue.”


Does your memory loss affect your ability to function?
The primary difference between age-related memory loss and dementia is that the former isn’t disabling. The memory lapses have little impact on your daily performance and ability to do what you want to do. Dementia, on the other hand, is marked by a persistent, disabling decline in two or more intellectual abilities such as memory, language, judgment, and abstract thinking. When memory loss becomes so pervasive and severe that it disrupts your work, hobbies, social activities, and family relationships, you may be experiencing the warning signs of Alzheimer’s disease, or another disorder that causes dementia, or a condition that mimics dementia.


Symptoms of mild cognitive impairment (MCI)
Mild cognitive impairment (MCI) is an intermediate stage between normal age-related cognitive changes and the more serious symptoms that indicate dementia. MCI can involve problems with memory, language, thinking, and judgment that are greater than normal age-related changes, but the line between MCI and normal memory problems is not always a clear one. The difference is often one of degrees. For example, it’s normal as you age to have some problems remembering the names of people. However, it’s not normal to forget the names of your close family and friends and then still be unable to recall them after a period of time.

If you have mild cognitive impairment, you and your family or close friends will likely be aware of the decline in your memory or mental function. But, unlike people with full-blown dementia, you are still able to function in your daily life without relying on others.

While many people with MCI eventually develop Alzheimer’s disease or another type of dementia, that doesn’t mean it’s inevitable. Some people with MCI plateau at a relatively mild stage of decline while others even return to normal. The course is difficult to predict, but in general, the greater the degree of memory impairment, the greater your risk of developing dementia some-time in the future.


When to see a doctor for memory loss?
It’s time to consult a doctor when memory lapses become frequent enough or sufficiently noticeable to concern you or a family member. If you get to that point, make an appointment as soon as possible to talk with your primary physician and have a thorough physical examination. Even if you’re not displaying all the necessary symptoms to indicate dementia, now may be a good time to take steps to prevent a small problem becoming a larger one. Your doctor can assess your personal risk factors, evaluate your symptoms, eliminate reversible causes of memory loss, and help you obtain appropriate care. Early diagnosis can treat reversible causes of memory loss, lessen decline in vascular dementia, or improve the quality of life in Alzheimer’s or other types of dementia.