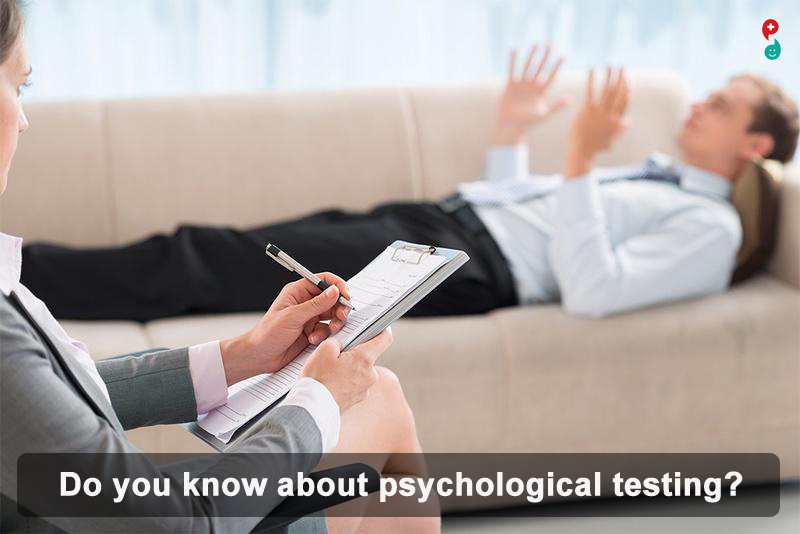 Psychological testing is the administration of psychological tests, which are designed to be "an objective and standardized measure of a sample of behavior".[1] The term sample of behavior refers to an individual's performance on tasks that have usually been prescribed beforehand. The samples of behavior that make up a paper-and-pencil test, the most common type of test, are a series of items. Performance on these items produce a test score. A score on a well-constructed test is believed to reflect a psychological construct such as achievement in a school subject, cognitive ability, aptitude, emotional functioning, personality, etc. Differences in test scores are thought to reflect individual differences in the construct the test is supposed to measure. The science behind psychological testing is psychometrics.

It is important that people who are equal on the measured construct also have an equal probability of answering the test items accurately . For example, an item on a mathematics test could be "In a soccer match two players get a red card; how many players are left in the end?"; however, this item also requires knowledge of soccer to be answered correctly, not just mathematical ability. Group membership can also influence the chance of correctly answering items (differential item functioning). Often tests are constructed for a specific population, and this should be taken into account when administering tests. If a test is invariant to some group difference (e.g. gender) in one population (e.g. England) it does not automatically mean that it is also invariant in another population (e.g. Japan).

Psychological assessment is similar to psychological testing but usually involves a more comprehensive assessment of the individual. Psychological assessment is a process that involves checking the integration of information from multiple sources, such as tests of normal and abnormal personality, tests of ability or intelligence, tests of interests or attitudes, as well as information from personal interviews. Collateral information is also collected about personal, occupational, or medical history, such as from records or from interviews with parents, spouses, teachers, or previous therapists or physicians. A psychological test is one of the sources of data used within the process of assessment; usually more than one test is used. Many psychologists do some level of assessment when providing services to clients or patients, and may use for example, simple checklists to osis for treatment settings; to assess a particular area of functioning or disability often for school settings; to help select type of treatment or to assess treatment outcomes; to help courts decide issues such as child custody or competency to stand trial; or to help assess job applicants or employees and provide career development counseling or training.

Types
There are several broad categories of psychological tests:

IQ/achievement tests
IQ tests purport to be measures of intelligence, while achievement tests are measures of the use and level of development of use of the ability. IQ (or cognitive) tests and achievement tests are common norm-referenced tests. In these types of tests, a series of tasks is presented to the person being evaluated, and the person's responses are graded according to carefully prescribed guidelines. After the test is completed, the results can be compiled and compared to the responses of a norm group, usually composed of people at the same age or grade level as the person being evaluated. IQ tests which contain a series of tasks typically divide the tasks into verbal (relying on the use of language) and performance, or non-verbal (relying on eye–hand types of tasks, or use of symbols or objects). Examples of verbal IQ test tasks are vocabulary and information (answering general knowledge questions). Non-verbal examples are timed completion of puzzles (object assembly) and identifying images which fit a pattern (matrix reasoning).

IQ tests (e.g., WAIS-IV, WISC-V, Cattell Culture Fair III, Woodcock-Johnson Tests of Cognitive Abilities-IV, Stanford-Binet Intelligence Scales V) and academic achievement tests (e.g. WIAT, WRAT, Woodcock-Johnson Tests of Achievement-III) are designed to be administered to either an individual (by a trained evaluator) or to a group of people (paper and pencil tests). The individually administered tests tend to be more comprehensive, more reliable, more valid and generally to have better psychometric characteristics than group-administered tests. However, individually administered tests are more expensive to administer because of the need for a trained administrator (psychologist, school psychologist, or psychometrician).

Attitude test assess an individual's feelings about an event, person, or object. Attitude scales are used in marketing to determine individual (and group) preferences for brands, or items. Typically attitude tests use either a Thurstone scale, or Likert Scale to measure specific items.

The number of tests specifically meant for the field of sexology is quite limited. The field of sexology provides different psychological evaluation devices in order to examine the various aspects of the discomfort, problem or dysfunction, regardless of whether they are individual or relational ones.

Psychological tests to assess a person’s interests and preferences. These tests are used primarily for career counseling. Interest tests include items about daily activities from among which applicants select their preferences. The rationale is that if a person exhibits the same pattern of interests and preferences as people who are successful in a given occupation, then the chances are high that the person taking the test will find satisfaction in that occupation. A widely used interest test is the Strong Interest Inventory, which is used in career assessment, career counseling, and educational guidance.

Psychological tests measure specific abilities, such as clerical, perceptual, numerical, or spatial aptitude. Sometimes these tests must be specially designed for a particular job, but there are also tests available that measure general clerical and mechanical aptitudes, or even general learning ability. An example of an occupational aptitude test is the Minnesota Clerical Test, which measures the perceptual speed and accuracy required to perform various clerical duties. Other widely used aptitude tests include Careerscope, the Differential Aptitude Tests (DAT), which assess verbal reasoning, numerical ability, abstract Reasoning, clerical speed and accuracy, mechanical reasoning, space relations, spelling and language usage. Another widely used test of aptitudes is the Wonderlic Test. These aptitudes are believed to be related to specific occupations and are used for career guidance as well as selection and recruitment. 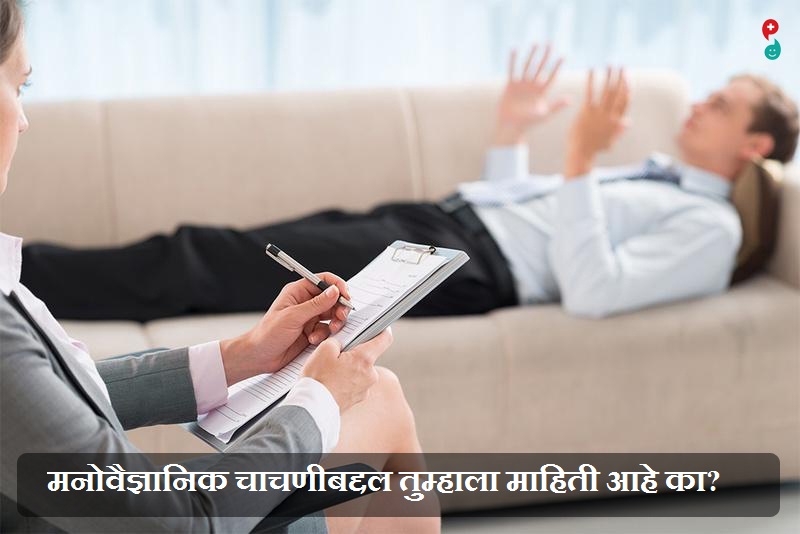