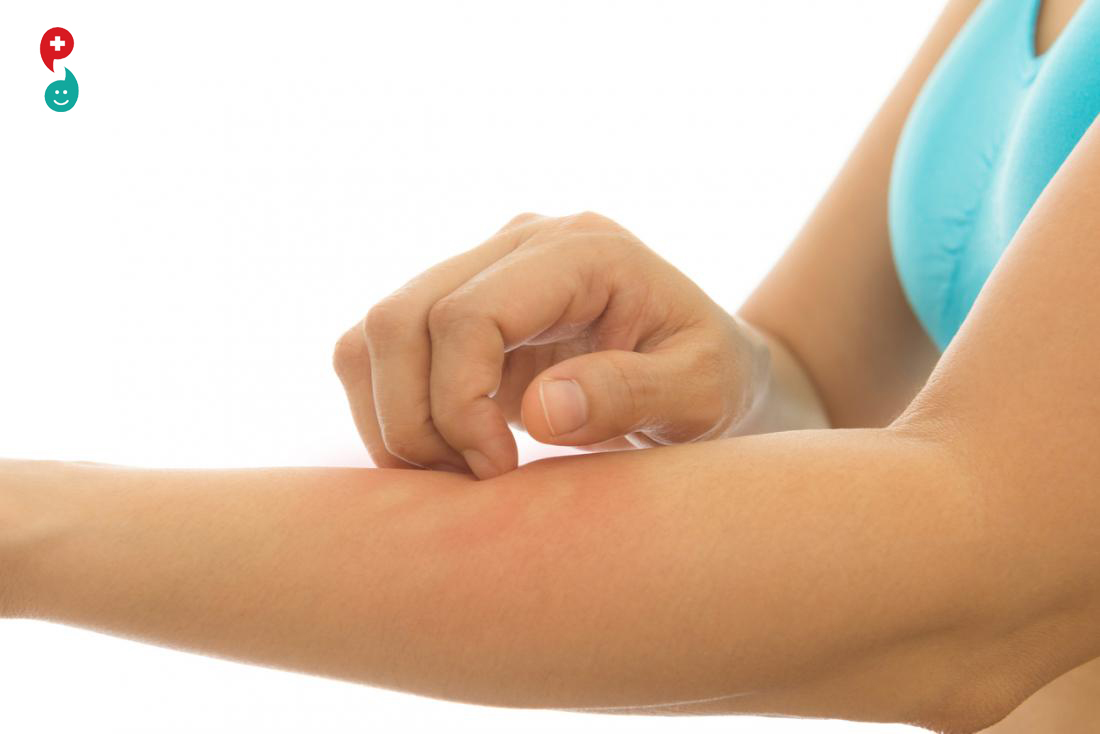 Psoriasis is a common skin condition that speeds up the life cycle of skin cells. It causes cells to build up rapidly on the surface of the skin. The extra skin cells form scales and red patches that are itchy and sometimes painful.

Psoriasis is a chronic disease that often comes and goes. The main goal of treatment is to stop the skin cells from growing so quickly.

There is no cure for psoriasis, but you can manage symptoms. Lifestyle measures, such as moisturizing, quitting smoking and managing stress, may help.

Most types of psoriasis go through cycles, flaring for a few weeks or months, then subsiding for a time or even going into complete remission.

There are several types of psoriasis. These include:

Plaque psoriasis. The most common form, plaque psoriasis causes dry, raised, red skin lesions (plaques) covered with silvery scales. The plaques might be itchy or painful and there may be few or many. They can occur anywhere on your body, including your genitals and the soft tissue inside your mouth.
Nail psoriasis. Psoriasis can affect fingernails and toenails, causing pitting, abnormal nail growth, and discoloration. Psoriatic nails might loosen and separate from the nail bed (onycholysis). Severe cases may cause the nail to crumble.
Guttate psoriasis. This type primarily affects young adults and children. It's usually triggered by a bacterial infection such as strep throat. It's marked by small, water-drop-shaped, scaling lesions on your trunk, arms, legs and scalp.

The lesions are covered by a fine scale and aren't as thick as typical plaques are. You may have a single outbreak that goes away on its own, or you may have repeated episodes.

It generally develops quickly, with pus-filled blisters appearing just hours after your skin becomes red and tender. The blisters may come and go frequently. Generalized pustular psoriasis can also cause fever, chills, severe itching and diarrhea.

Erythrodermic psoriasis. The least common type of psoriasis, erythrodermic psoriasis can cover your entire body with a red, peeling rash that can itch or burn intensely.
Psoriatic arthritis. In addition to inflamed, scaly skin, psoriatic arthritis causes swollen, painful joints that are typical of arthritis. Sometimes the joint symptoms are the first or only manifestation of psoriasis or at times only nail changes are seen. Symptoms range from mild to severe, and psoriatic arthritis can affect any joint. Although the disease usually isn't as crippling as other forms of arthritis, it can cause stiffness and progressive joint damage that in the most serious cases may lead to permanent deformity.
When to see a doctor
If you suspect that you may have psoriasis, see your doctor for an examination. Also, talk to your doctor if your psoriasis:

Causes you discomfort and pain
Makes performing routine tasks difficult
Causes you concern about the appearance of your skin
Leads to joint problems, such as pain, swelling or inability to perform daily tasks
Seek medical advice if your signs and symptoms worsen or don't improve with treatment. You may need a different medication or a combination of treatments to manage psoriasis.

Causes
The cause of psoriasis isn't fully understood, but it's thought to be related to an immune system problem with T cells and other white blood cells, called neutrophils, in your body.

T cells normally travel through the body to defend against foreign substances, such as viruses or bacteria.

But if you have psoriasis, the T cells attack healthy skin cells by mistake, as if to heal a wound or to fight an infection.

The process becomes an ongoing cycle in which new skin cells move to the outermost layer of skin too quickly — in days rather than weeks. Skin cells build up in thick, scaly patches on the skin's surface, continuing until treatment stops the cycle.

Psoriasis triggers
Psoriasis typically starts or worsens because of a trigger that you may be able to identify and avoid. Factors that may trigger psoriasis include:

Infections, such as strep throat or skin infections
Injury to the skin, such as a cut or scrape, a bug bite, or a severe sunburn
Stress
Smoking
Heavy alcohol consumption
Vitamin D deficiency
Certain medications — including lithium, which is prescribed for bipolar disorder, high blood pressure medications such as beta-blockers, antimalarial drugs, and iodides
Risk factors
Anyone can develop psoriasis, but these factors can increase your risk of developing the disease: 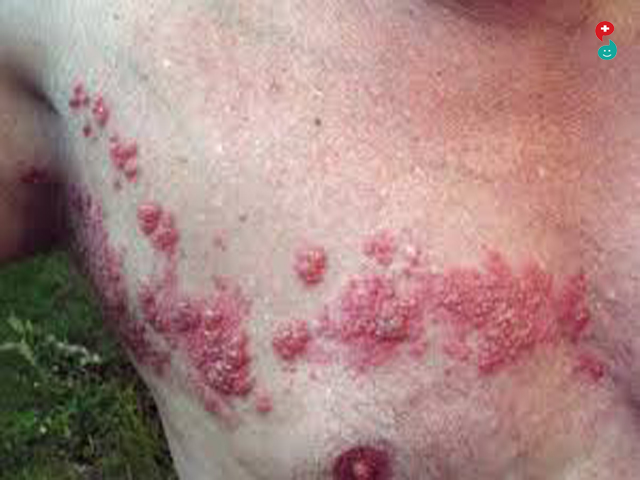