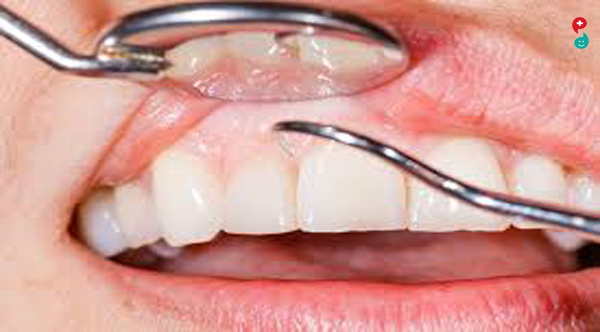 
Tooth decay is the primary cause of toothaches for most children and adults. Bacteria that live in your mouth thrive on the sugars and starches in the food you eat. These bacteria form a sticky plaque that clings to the surface of your teeth.

Acids produced by the bacteria in plaque can eat through the hard, white coating on the outside of your teeth (enamel), creating a cavity. The first sign of decay may be a sensation of pain when you eat something sweet, very cold or very hot. Sometimes decay will show as a brown or white spot on the tooth.

Other causes of a toothache can include:

An accumulation of food and debris between your teeth, especially if your teeth have spaces between them
Inflammation or infection at the root of the tooth or in the gums
Trauma to the tooth, including injury or grinding your teeth
Sudden fracture of the tooth or tooth root
A split in the tooth that occurs over time
Teeth that start to appear (erupt) through the gums, such as with teething or wisdom teeth that don't have enough room to emerge or develop normally (impacted wisdom teeth)
A sinus infection that can be felt as pain in the teeth
A toothache often requires some sort of treatment by your dentist.

Rinse your mouth with warm water.
Use dental floss to remove any food particles or plaque wedged between your teeth.
Consider taking an over-the-counter (OTC) pain reliever to dull the ache, but don't place aspirin or another painkiller directly against your gums because it may burn your gum tissue.
If the toothache is caused by trauma to the tooth, apply a cold compress to the outside of your cheek.
Use caution with products containing benzocaine
Previous advice included sparingly applying an OTC antiseptic containing benzocaine directly to the irritated tooth and gum for temporary relief. But benzocaine has been linked to a rare and serious, sometimes deadly, condition called methemoglobinemia, which decreases the amount of oxygen that the blood can carry. So follow these guidelines: 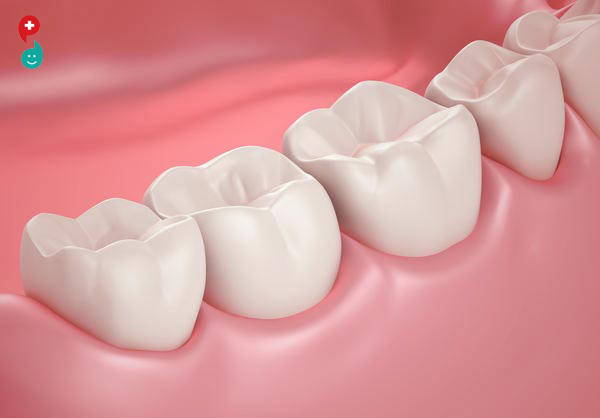 Referred to as molars or molar teeth, these are the flat teeth located at the back of the mouth. They can vary in size and shape but are the largest teeth in the mouth. Molars are rounded and used for grinding food into easily swallowed pieces. The smaller and sharper front teeth are used for biting and tearing food. Molars are designed to sustain great amounts of force from chewing, grinding and clenching, and each molar is anchored to the jaw bone with two to four roots.

Types of Molars
There are three types of molars. These come in after a child loses their baby teeth:

First molars, also called the six-year molars because they are the first of the three to erupt around age six.
Second molars, also called the twelve-year molars because they erupt around age 12.
Third molars, or wisdom teeth, which appear between the ages of 17 and 25.
Anatomically, molars are designed to sustain great amounts of force from chewing, grinding and clenching, by having a large crown and two to four roots firmly implanted in the jaw bone.


Why Do We Have Wisdom Teeth?
The third molars, or wisdom teeth, are vestiges from our evolutionary past when the human mouth was larger and more accommodating to additional teeth. These additional teeth were useful in chewing especially course foods, such as roots, nuts, leaves and tough meats. This type of diet was tough on the teeth—especially without the helpful maintenance tools we enjoy today like toothbrushes, paste, and floss—so our ancestor's teeth were subject to significant wear and loss due to tooth decay.


Even with the current popularity of "Paleo diets," modern humans do not consume foods that require these extra teeth. Our foods are generally far softer, and with cooking and utensils, the day of the useful wisdom tooth has passed. Evolution, however, has not caught up with us yet, and so we still get those extra teeth late in our youth.

The Problem of Wisdom Teeth
Though it hasn't dumped our wisdom teeth yet, evolution has, unfortunately, made some adjustments to the size of our jawbones throughout our history. The jaws of modern humans are smaller than our ancestors. This presents a range of problems when those vestigial wisdom teeth try to squeeze in.

When wisdom teeth form, they can become blocked by our other teeth, and they're referred to as being "impacted." If a wisdom tooth partially erupts, this can create a hard-to-reach haven for bacteria that can lead to serious infections of the gums and surrounding tissue. Wisdom teeth may also never erupt. This carries with it problems as well, including potential development of cysts or tumors that can do considerable damage to the jawbone and teeth if left unaddressed.

These problems are the reason many people need to have their wisdom teeth removed. It is recommended that this surgery is performed during young adulthood when any complications are least likely and minimal.

For some people, numbering approximately 15 percent of the population, there may be no immediate need to have the wisdom teeth removed because they come in without issues. Even in these cases, it may be recommended that the wisdom teeth be removed to avoid problems that might develop later in life when surgery has more potential for complications and longer healing times. 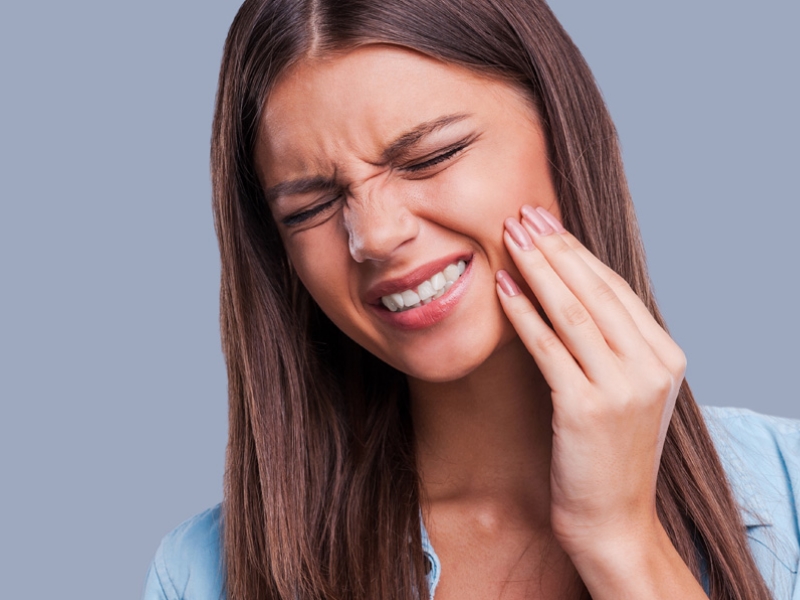 Toothache is one of the common ailments that occur frequently to individuals of all ages. Tooth pain ranges from mild to severe and can be caused by a wide variety of factors pertaining to oral health and dental decay. The pain hightens during or post the consumption of food items that are either too hot or too cold as the tooth becomes increasingly sensitive to changes in temperature.

In Ayurveda, tooth pains are known as daantshool. Ayurveda can provide an effective remedy to tooth pains both chronic and acute. Ayurvedic treatment provides relief from the pain by dealing with the root cause of the problem in a natural and holistic manner without any side effect. It also eliminates the chances of any relapse.

Some of the most common and effective Ayurvedic remedies for sharp tooth pain are as follows:

Garlic and clove oil: Ayurvedic plants such as garlic and clove are known all over the world for their medicinal properties and healing qualities. Clove oil and garlic can be applied to the affected area of the teeth to ease the pain and improve dental health. This remedy will surely show benefits in the form of stronger teeth that are free of any pain.

Lime and asafoetida: The vitamin C content in citrus fruits is an effective disinfectant that heals teeth which experience sensitivity due to decay and the formation of cavities. Limes can cure sharp tooth pains as well as bleeding gums and loose teeth. A mixture of asafoetida, also known as hing, and lime juice should be slightly heated and applied on the affected for pain relief.

Neem and babool: Extracts of neem and babool are well known for their ability to heal tooth pains and related oral problems. These Ayurvedic herbs are good anti septic disinfectants that remove dental decay and provide relief from pain by healing and strengthening the teeth and gums.

Pepper and rock salt: Pepper, known as maricha in Ayurveda, is highly effective in treating sensitive teeth. When pepper dust is mixed with rock salt and applied on the aching tooth, it alleviates the pain and reduces sensitivity. This mixture will improve oral health and hygiene and it can also be used along with clove oil.

Bayberry bark: The bark of the bayberry tree is a useful Ayurvedic remedy for treating tooth pains. A paste made from the bark and a vinegar base can be applied on the tooth for getting relief from the pain.

Toothache - Why Go For Homeopathic Treatment For It? 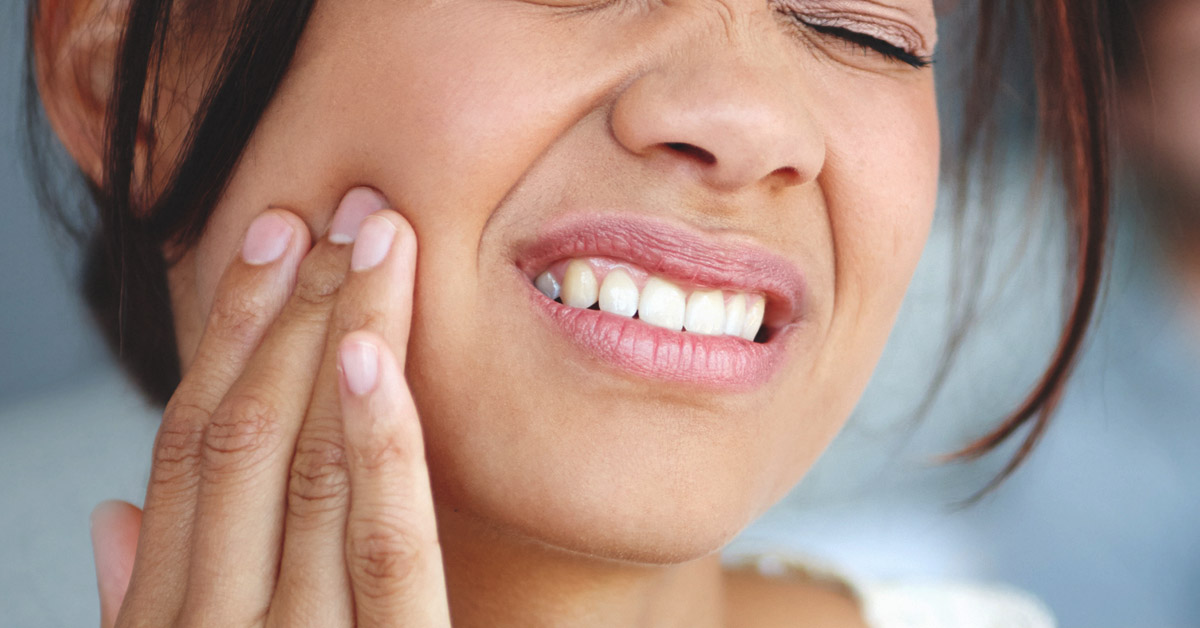 Toothache is perhaps one of the most abhorred form of body ache, which can potentially stall the normalcy of our lives to a great extent. Although seemingly non-hazardous, toothache can also lead to severe health implications. The dental health often indexes the condition of the heart and hence, should not be taken lightly. Toothache usually emanate from cavities or gum infection. While there are multiple cures for the same, these are the types of ailments, which are laden with the risk of relapse. The last minute rush to the dentist may buy temporary relieve from the excruciating pain, but what you should actually look for is a more holistic and sustained cure. Homeopathy brings all the benefits of natural herbs and traditional condiments to ensure your well-being and provide substantial relief from the menace that toothache can be. Some of the most reliable cures have been listed below.

Merc Sol: This is a very beneficial remedy for toothaches which are accompanied by increased salivation and swelling in the gum. This brings additional warmth to the gums which largely mitigate the pain.

Coffea: Coffea functions as an effective adjuvant to cold water in decreasing toothaches. It works best on increased sensitivity and irritability and cures them both to a large extent.

Sepia: Sometimes excessive intake of sweets leaves a bitter aftertaste in one’s mouth, resulting in unbearable toothaches. The ringing pain often spreads to the ears and the gums also get swollen. Sepia sufficiently pacifies such agitation.

Kreosote: Kreosote relieves those extreme kinds of toothache which reach up to the temples and induce sleeplessness in the patient. It also cures ulcerated gums.

Mezereum: Mezereum purifies dental health from its very roots. It reduces toothache from spreading and stalls the decay at the very roots. Mezereum soothes acute sensitivity and a constant ringing sensation in the temples and the ears of the patient.

There are various other drugs also which are of immense benefit in toothache and also for the cutting of wisdom tooth. 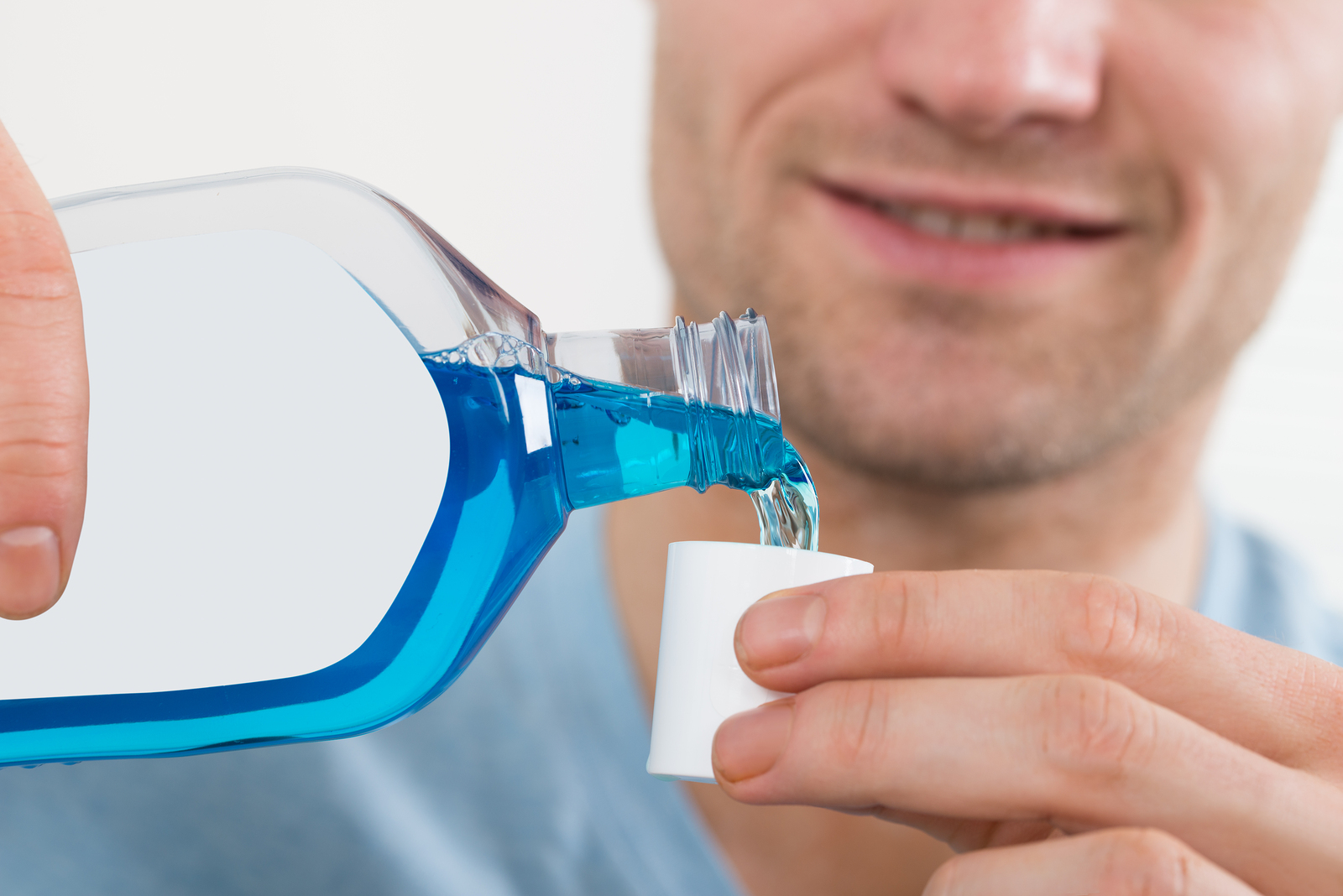 Mouthwashes have become a fad nowadays – some simply rinse their mouth with a mouthwash instead of brushing their teeth, the reason being lack of time. While mouthwashes are effective up to a certain extent, the question is can they replace your brush and tooth paste?

Why is Mouthwash Used?

Mouth washes are used for multiple reasons; to prevent tooth decay, freshen your breath and to minimize plaque. It is also known to reduce gingivitis (gum disease) and plaque that harden on your teeth.

In order to understand the efficacy of mouth wash better, you need to know about the ingredients it is made up of. The basic ingredients are cleansing agents, water, alcohol and flavor causing substances. Certain active ingredients are also added to mouth wash which usually vary from product to product. Some of them are:

Fluoride which prevents decay of the tooth by making it more resistant.

Antimicrobials which reduce harmful bacteria in the mouth that lead to plaque formation in the teeth.

Salts, that have astringent properties, act as deodorizers to prevent bad breath.

Advantages of using a Mouthwash are:

1. Helps in preventing gum disease: Inflammation of the gums and teeth can occur when plaque causing bacteria are present on the teeth. Mouthwashes that contain antibacterial agents help in reducing these bacteria.

2. Reduces cavity: Mouthwashes that contain fluoride help in reducing cavities that affect your teeth. Cavities are holes in your teeth which form when bacteria in the teeth cause plaque.

Disadvantages of a Mouthwash:

2. A risk factor for oral cancer: Certain mouthwashes may contain ingredients which increase the risks of oral cancer. It is therefore important for you to check the ingredients before using it.

Given that the benefits outweigh the cons, using mouthwash is good for you. You should not substitute brushing or flossing with using a mouthwash, though. Rather, it should complement them. If the mouth wash contains alcohol in decent amounts, then you are good to go.