What is an Alpha-fetoprotein (AFP) Test?
Alpha-fetoprotein (AFP) is a protein produced in the liver of a developing fetus. During a baby's development, some AFP passes through the placenta and into the mother's blood. An AFP test measures the level of AFP in pregnant women during the second trimester of pregnancy. Too much or too little AFP in a mother's blood may be sign of birth defect or other condition. These include:
1) A neural tube defect, a serious condition that causes abnormal development of a developing baby's brain and/or spine
2) Down syndrome, a genetic disorder that causes intellectual disabilities and developmental delays
3) Twins or multiple births, because more than one baby is producing AFP
4) Miscalculation of a due date, because AFP levels change during pregnancy

This test is also know by other names like AFP Maternal; Maternal Serum AFP; msAFP screen.

What is it used for?
An AFP blood test is used to check a developing fetus for risk of birth defects, such as neural tube defects or Down syndrome.

Why do you need an AFP test?
The American Pregnancy Association says that all pregnant women should be offered an AFP test sometime between the 15th and 20th week of pregnancy. The test may be especially recommended if you:
1) Have a family history of birth defects
2) Are 35 years or older
3) Have diabetes

What happens during an AFP test?
A health care professional will take a blood sample from a vein in your arm, using a small needle. After the needle is inserted, a small amount of blood will be collected into a test tube or vial. You may feel a little sting when the needle goes in or out. This usually takes less than five minutes.

Will you need to do anything to prepare for the test?
You don't need any special preparation for an AFP test.

Are there any risks to the test?
There is very little risk to you or your baby with an AFP blood test. You may have slight pain or bruising at the spot where the needle was put in, but most symptoms go away quickly. Another test called amniocentesis provides a more accurate diagnosis of Down syndrome and other birth defects, but the test has a small risk of causing a miscarriage.

Is there anything else I need to know about an AFP test?
AFP tests are often part of a series of prenatal tests called multiple marker or triple screen tests. In addition to AFP, a triple screen test includes tests for HCG, a hormone produced by the placenta, and estriol, a form of estrogen made by the fetus. These tests can help diagnose Down syndrome and other genetic disorders. 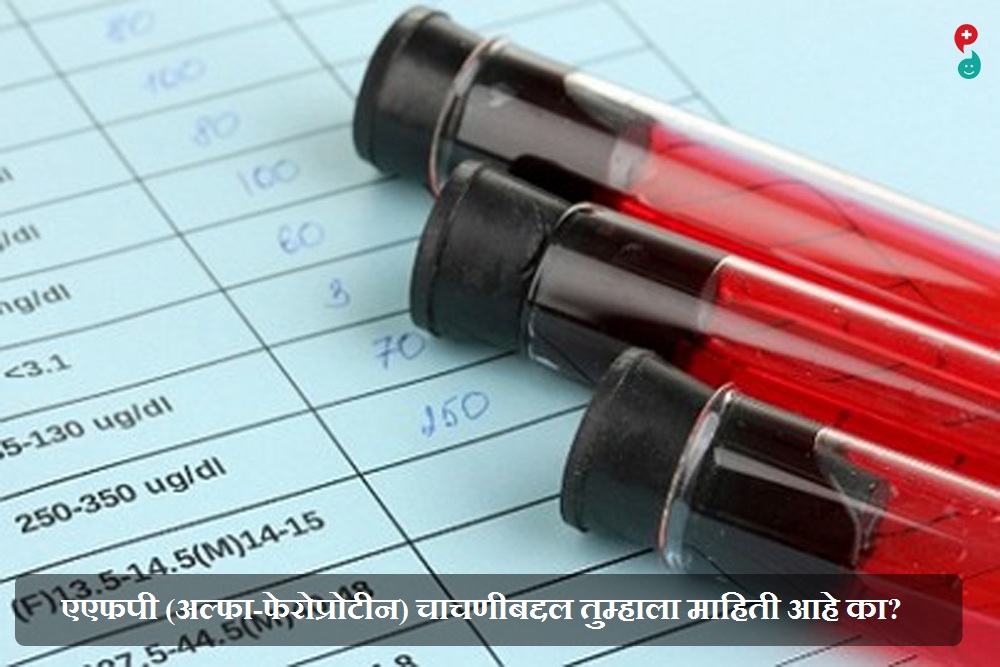