This is why you should never use baby wipes 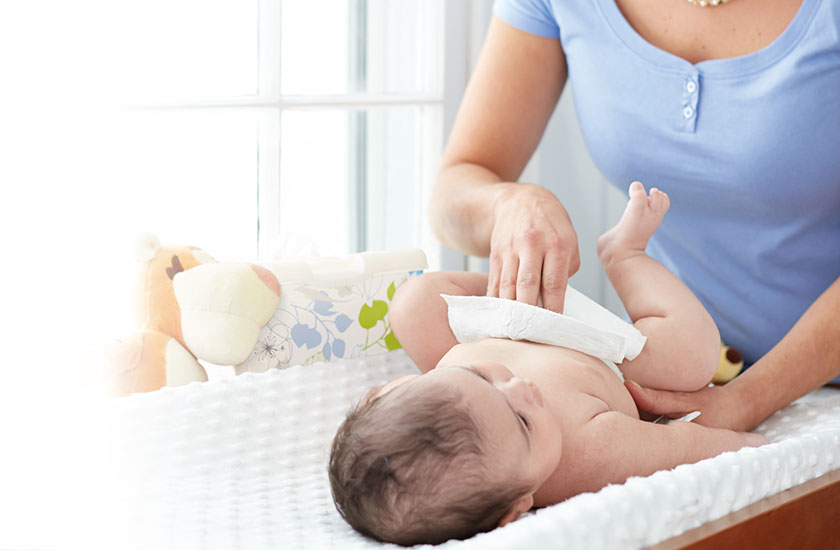 Are you using baby wipes for your infant? If yes, then stop doing so because a new study has found that baby wipes increase the risk of developing life-threatening food allergies in children.

The genetics that alters skin absorbency, use of infant cleansing wipes that leave soap on the skin, skin exposure to allergens in dust and skin exposure to food from those providing infant care are some of the factors contributing to food allergies in babies.

Researchers said that food allergy is triggered when these factors occur together.


Joan Cook-Mills, a professor at Northwestern University in the US said,"This is a recipe for developing food allergy. It's a major advance in our understanding of how food allergy starts early in life."

Cook-Mills said that factors leading to food allergy can be modified in the home environment.

She said,"Reduce baby's skin exposure to the food allergens by washing your hands before handling the baby."

She added,"Limit use of infant wipes that leave soap on the skin. Rinse soap off with water like we used to do years ago."

Cook-Mills made the discovery by using clinical evidence about food allergy in humans, the effects of food allergen and environmental allergen exposures and neonatal mice with genetic mutations that occur in humans.

Clinical evidence shows up to 35 per cent of children with food allergies have atopic dermatitis and much of that is explained by at least three different gene mutations that reduce the skin barrier.

Cook-Mills used a neonatal mouse model with skin barrier mutations and tried exposing its skin to food allergens like peanuts. The peanuts alone had no effect.

Babies are exposed to environmental allergens in dust in a home.

"They may not be eating food allergens as a newborn, but they are getting them on their skin. Say a sibling with peanut butter on her face kisses the baby. Or a parent is preparing food with peanuts and then handles the baby," she said.

The top skin layer is made of fats, and the soap in the wipes disrupts that barrier, Cook-Mills said.

Skin problems that occur with skin barrier mutations may not be visible until long after a food allergy has already started.

The neonatal mice with the mutations had normal-appearing skin, and the dry itchy skin of dermatitis did not develop until the mice were a few months old, the equivalent of a young adult in human years.

After the neonatal mice received three to four skin exposures of food and dust allergens for 40 minutes during a two-week period, they were given egg or peanut by mouth.

A skin barrier dysfunction was necessary for food allergy to develop in the mice, but there is a wide continuum of severe to mild skin dysfunction with eczema or atopic dermatitis, which in its mildest form may simply appear to be dry skin.

In patients with skin-barrier defects, there are changes in the proteins in the skin that are a result of mutations in the genes.

These gene mutations in patients are primarily heterozygous, which means there is a mutation in one of the two copies of a gene.

The mice were co-exposed to food allergens such as egg and peanut proteins, allergens in dust (house dust mite or Alternaria alternata mold) and sodium lauryl sulphate, a soap present in infant cleansing wipes.

Cook-Mills said, these novel animal studies provide a basis to test interventions that will more effectively block the development of food allergy in infants and children.