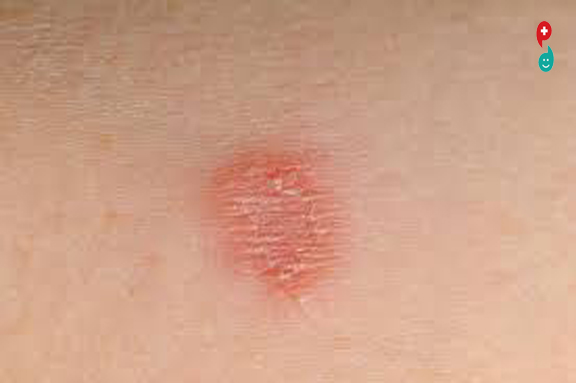 Fungal infections are common throughout much of the natural world. In humans, fungal infections occur when an invading fungus takes over an area of the body and is too much for the immune system to handle.
Fungi can live in the air, soil, water, and plants. There are also some fungi that live naturally in the human body.

Like many microbes, there are helpful fungi and harmful fungi. When harmful fungi invade the body, they can be difficult to kill, as they can survive in the environment and re-infect the person trying to get better.

In this article, we take a look at who is most at risk of getting a fungal infection and what the symptoms and treatment options are for some common types.

skin changes, including red and possibly cracking or peeling skin
itching
Read on to find out more about some common types of fungal infection, their symptoms, and the treatment options.


Types
The following conditions are all common types of fungal infections.

Athlete's foot
Tinea pedis or athlete's foot is a common fungal infection that affects the foot.

Athlete's foot is commonly associated with sports and athletes because the fungus grows perfectly in warm, moist environments, such as socks and shoes, sports equipment, and locker rooms.

In reality, anyone may be affected by athlete's foot. It is most common in warmer climates and summer months, where it can quickly multiply.

athletes foot
Athlete's foot is a common infection where the fungus grows in warm and moist environments.
The symptoms of athlete's foot may vary slightly from person to person. Classic symptoms include:

redness or blisters on the affected area
the infected skin may be soft, or layers may start to break down
peeling or cracking skin
the skin may scale and peel away
itching, stinging, or burning sensations in the infected area
Diagnosis, treatment, and prevention

Not all itchy feet are the result athlete's foot. Doctors usually diagnose the infection by scraping scaling skin off of a person and inspecting it under a microscope for evidence of any fungus.

There are a few different fungi that can cause athlete's foot. The infection may behave differently depending on the specific fungus that is infecting the skin.

Athlete's foot is often treated with topical antifungal ointments, which are available to purchase over-the-counter or online. Severe infections can require additional oral medications as well. The feet will also need to be cared for and kept dry to help kill the fungus.

Prevention methods include allowing the feet plenty of air to breathe and keeping them clean and dry. It is a good idea to wear sandals in public showers or locker rooms.

An overgrowth of Candida disrupts the normal balance of the bacteria and yeast in the vagina. This imbalance of bacteria may be due to antibiotics, stress, and hormone imbalances, or poor eating habits, among other things.

itching and swelling around the vagina
burning sensations or pain during urination or intercourse
redness and soreness on and surrounding the vagina
unusual vaginal discharge, such as gray clumps that resemble cottage cheese or a very watery discharge
A rash may develop over time in some cases. Yeast infections should be treated quickly, as the symptoms may become severe if left untreated.

The classic symptoms of a yeast infection make them easy to diagnose. Doctors may ask about the person's medical history, such as any previous yeast infections or sexually transmitted infections (STIs). They may also ask whether the person was recently taking antibiotics.

Doctors will then examine the vaginal walls and cervix for signs of infection, taking cells from the vagina if necessary for proper diagnosis.

Treatment of yeast infections depends on their severity. Standard treatments include creams, tablets, or suppositories, which are available via prescription, or over-the-counter or online. Complicated infections may require complex treatments.

These fungi love warm and damp environments and thrive in moist areas of the body, such as the groin, buttocks, and inner thighs. Jock itch may be more common in summer or in warm, humid areas of the world.

Jock itch is mildly contagious and is often spread through direct contact with an infected person or an object that is carrying the fungus.