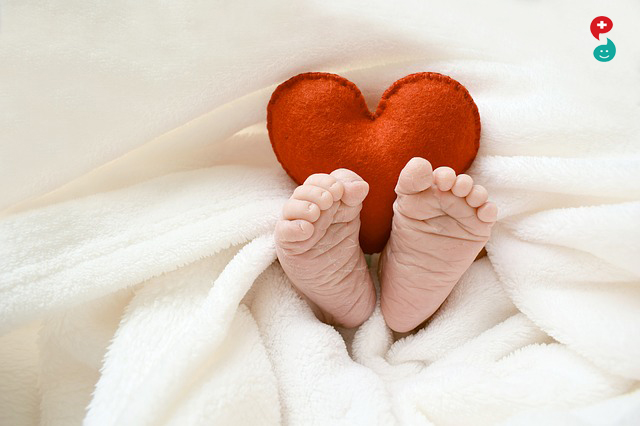 Overview
Congenital adrenal hyperplasia (CAH) is a group of inherited genetic disorders that affect the adrenal glands, a pair of walnut-sized organs above your kidneys. A person with CAH lacks one of the enzymes the adrenal glands use to produce hormones that help regulate metabolism, the immune system, blood pressure and other essential functions.

The milder and more common form of CAH is called nonclassic. The classic form, which is more severe, can be detected in newborn screening programs. Some forms of CAH can cause problems with normal growth and development in children and even be life-threatening.

Although there is no cure, with proper treatment, most people with congenital adrenal hyperplasia can lead normal lives.

Symptoms
Signs and symptoms of congenital adrenal hyperplasia vary, depending on which gene is defective and the level of enzyme deficiency.

There are two major types of congenital adrenal hyperplasia:

Classic CAH. This more-severe form of the disease is usually detected in infancy.
Nonclassic CAH. This milder and more common form may not become evident until childhood or early adulthood.
Classic CAH
Approximately two-thirds of people with classic CAH are classified as having the salt-losing form, while one-third have the simple-virilizing form. In both forms, affected females have genital ambiguity.

A child with classic CAH may experience:

A lack in the production of cortisol in both the salt-losing and simple-virilizing forms. Most of the problems caused by classic CAH are related to a lack of cortisol, which plays an important role in regulating your blood pressure, maintaining blood sugar and energy levels, and protecting your body against stress.
A lack in the production of aldosterone in the salt-losing form. This can lead to low blood pressure, a lower sodium level and a higher potassium level. Sodium and potassium normally work together to help maintain the right balance of fluids in your body.
Excess production of the male sex hormones (androgens such as testosterone). This can result in short height, early puberty and in females, abnormal genital development while in the womb.
Signs and symptoms of classic CAH in infants include:

In females, enlarged clitoris or genitals that look more male than female (ambiguous genitalia) at birth, but males have normal appearing genitals
Significant illness related to a lack of cortisol, aldosterone or both (adrenal crisis), which can be life-threatening
Signs and symptoms of classic CAH in children and adults include:

Very early appearance of pubic hair
Rapid growth during childhood, but shorter than average final height
Nonclassic CAH
This form of CAH is milder than classic CAH. Often there are no symptoms at birth. The condition is not identified on routine infant blood screening and often only becomes evident in late childhood or early adulthood. Hormone deficiency may only involve cortisol levels.

Although teenage and adult females may have normal appearing genitals at birth, later signs and symptoms often include:

Irregular or absent menstrual periods
Masculine characteristics such as facial hair, excessive body hair and a deepening voice
Severe acne
In both females and males, signs and symptoms of nonclassic CAH also may include:

Early appearance of pubic hair
Rapid growth during childhood, but shorter than average final height
When to see a doctor
Classic CAH is usually detected at birth through required newborn screening or when female babies show ambiguous genitalia. CAH may also be identified when male or female babies show signs of severe illness due to low levels of cortisol, aldosterone or both.

In nonclassic CAH, you may notice signs and symptoms of early puberty in your toddler or child. In this case, or if you have concerns about your child's growth or development, make an appointment with your child's pediatrician.

If you're pregnant and may be at risk of CAH because of your own medical history or your ethnicity, ask your doctor about genetic counseling.

Causes
In 95 percent of cases, the enzyme lacking in congenital adrenal hyperplasia is 21-hydroxylase. CAH may sometimes be called 21-hydroxylase deficiency. There are other much rarer enzyme deficiencies that also cause CAH.

CAH is passed along in an inheritance pattern called autosomal recessive. Children who have the condition have two parents who either have CAH themselves or who are both carriers of the genetic mutation that causes the condition.

Risk factors
Factors that increase the risk of having congenital adrenal hyperplasia include:

Parents who both have CAH or are both carriers of the genetic defect for the disorder
People in certain ethnic groups, particularly Ashkenazi Jews, but also Hispanics, Italians, Yugoslavians and Yupik Inuits
Complications
Complications depend on the type of congenital adrenal hyperplasia and its severity.

People with classic CAH are at risk of experiencing adrenal crisis. This is caused by severely low levels of cortisol in the blood, resulting in diarrhea, vomiting, dehydration, low blood sugar levels and shock. It's a life-threatening medical emergency that requires immediate treatment. Impaired production of aldosterone may occur as well, leading to dehydration with low sodium and high potassium levels. Adrenal crisis does not occur in the nonclassic form of CAH.

In classic and nonclassic CAH, males and females may eventually experience fertility problems.

Prevention
There is no known way to prevent congenital adrenal hyperplasia. Your doctors may recommend genetic counseling if you're thinking of starting a family and you're at risk of having a child with CAH.