Health Tips
Menopause :
Menopause is the end of a woman's menstrual cycle and fertility. It triggers some profound changes in a woman's body. Proper information and treatment give you comfort and menopause. Don't worry! Start following female menopause health tips provided by experts on Hellodox Health App.
Published 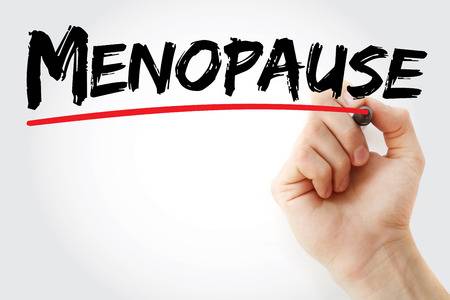 Hormone therapy is also recognised for its ability to help ward off osteoporosis.

That is what prompted this latest study -- published online in Menopause, the journal of the North American Menopause Society (NAMS) -- to evaluate the effectiveness of calcium, vitamin D, and/or hormones in offsetting the higher fracture risks for women experiencing early menopause.

Based on an evaluation of nearly 22,000 women included in the Women's Health Initiative (WHI) clinical trials, the researchers found that women younger than 40 years already in menopause had significantly higher risks for fracture than women who experienced menopause between the ages of 40 and 49 or after 50, regardless of treatment intervention.

"This study highlights the need for healthcare providers to take into consideration a woman's age at menopause onset when evaluating patients for fracture risk," JoAnn Pinkerton, NAMS Executive Director, said in a statement.

"Women at risk for bone loss need 1,200 mg of calcium per day, with adequate vitamin D, and encouraged to get as much as possible through diet due to concern that too much supplemental calcium may increase atherosclerotic plaque in women," Pinkerton said.

"Women with early menopause should discuss whether they are candidates for hormone therapy with their providers, appropriate amount of calcium, vitamin D and hormones," Pinkerton pointed out. 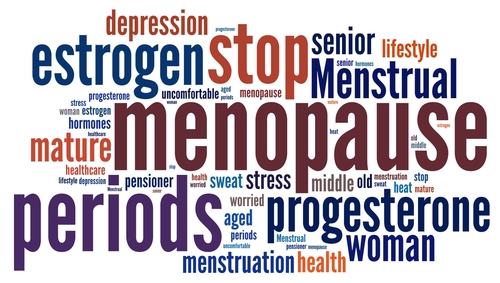 Hey, active women of a certain age: The good news is that you are probably going to weather menopause better than your sofa-bound sisters. The bad news is that "the change of life" doesn't just affect your mood and your lady parts - it also drags down your race times.

Menopause is when the monthly waves of estrogen and other hormones that women have been surfing since puberty finally ebb for good. Periods cease, of course. But all kinds of other biological processes change as well, including some that affect athletic performance.

Combine that with other age-related decline, and you find that your body is a different machine from the one that glided through your 20s and 30s. You're still an athlete, you just have to figure out your new normal.

"Just because you hit a certain age, your body doesn't stop," said Stacy T. Sims, a nutrition scientist and physiologist in New Zealand who has studied women's performance for 25 years. "The fitter you are, the less of a problem these are. When you are competing, that's when you really feel them, because you are, like, 'What is going on?' But when you're a general woman and you're keeping fit, then all these things are" easier to handle.

But what if you're not very fit right now?

The accompanying graphic shows the major changes that occur as female athletes age. They sound bad, but don't worry: As you'll read in the graphic, there's always a "but . . . ."

How the bodies of female athletes change as they age. 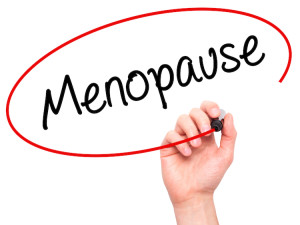 Menopauses or climacteric caused by the decrease in hormones is a phase when women don't menstruate anymore and can't conceive a baby. Every woman at an average of 45 years of age goes through this biological change in the body, further involving several other changes. Some common symptoms that are noticed by women at least a year before menopause include change in flow of blood and frequency, hot flashes, night sweats and disturbed sleeping patterns. Post menopause too the body faces several changes, some also leading to severe health problems.

Osteoporosis ( a condition of weakened bones) and periodontitis (a condition of losing teeth) are some of the major problems noticed because of the slow formation of new bone tissues, which further caused other problems such as brittle bones and infection around gums and teeth.
According to a study, osteoporosis makes the condition of the patient worse if already suffering from periodontitis, as stated by Natalia Chalmbers, Director of Analytic at the DentaQuest Institute in West borough, Massachusetts. Almost 500 women were part of the study conducted in Brazil, wherein 115 of them from the group were under treatment and were taking Vitamin D, calcium or estrogen supplements. The study found that extreme case of periodontitis was 44 percent lower in women who went through estrogen therapy.

Hormone therapy or estrogen therapy helps with formation of new bone tissues and can decrease the effect of osteoporoses and periodontitis, but might have other side effects such as cardiac problems and breast cancer, even though those who underwent the procedure had lesser complain about periodontal (oral disease). The connection between the two hasn't been determined yet due to the lack of thorough study and other limitations.

"Our findings suggest that older women may be at higher risk for death because of their periodontal condition and may benefit from more intensive oral screening measures," said Michael J. LaMonte, associate professor at the university.

"Besides their negative impact on oral function and dietary habits, these conditions are also thought to be related to chronic diseases of ageing," LaMonte added, in the paper published in the Journal of the American Heart Association. 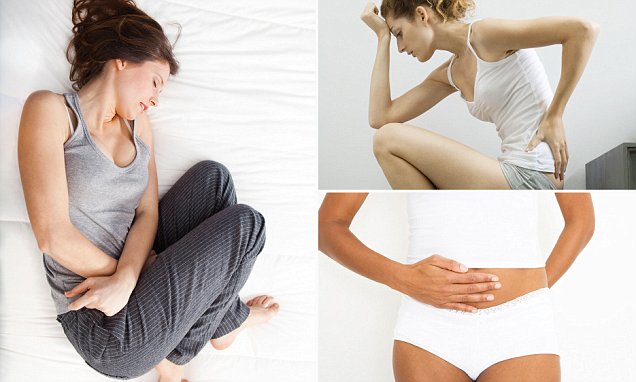 Abdominal cramps accompanied by painful thighs and calves are commonly faced by many women just before the onset of their periods. Instead of popping a painkiller, here are a few homeopathic medications that can effectively cure this problem.

Belladonna: Belladonna acts on the nervous system to treat sudden intense abdominal cramps and congested dysmenorrhea. If the blood in your periods is bright red and flows at a high rate, belladonna may be the solution to your problems. Other associated symptoms belladonna can help treat are red, flushed skin and temperature spikes.

Magnesium phosphoricum: Every woman has a different type of menstrual pain. If the pain you feel is soothed by heat packs and application of pressure but aggravated by any type of movement, you could try to treat it with magnesium phosphoricum. This is also effective for period pains that increase in the night and early menses.

Nux vomica: Nux vomica is made from the seed of a plant. This is particularly effective in cases of menstruation accompanied by diarrhea. Nux vomica also helps treat irregular and prolonged menses. It also helps deal with abdominal cramps and heartburn. Nux vomica should ideally be taken in low potency doses as it can have a number of side effects when taken regularly in high potency doses.

Mostly, menstrual pain during menses is due to hormonal irregularities and cysts of ovaries or uterus. So, in case of complaints, we need to access these also while selecting remedies. Constitutionally and symptomatically selected medicine in homeopathy will help the patients get relief.

The disruption of the normal female cycles of menstruation and ovulation after the age of 45 and the loss of her ability to conceive naturally is known as menopause. The associated symptoms of menopause are heat flushes, insomnia, weight gain, depression, nausea and fatigue.


The following homeopathic medicines and remedies can be used to treat menopause:

2.Excessive deposition of fat can interfere with the hormonal cycles and cause imbalances in the level of estrogen and progesterone. So, regular yoga and exercise can be helpful.

3.A balanced diet which provides you with optimal nutrition can be helpful in treating menopausal symptoms. When you get enough vitamins and minerals, the physical discomfort caused by the symptoms can be reduced greatly.

4.Amylenum nitrosum can provide relief from profuse sweating, shortness of breath and palpitations.

6.Aurum metallicum is used to get the tissues and organs to function normally again and control feelings of anxiety and claustrophobia. 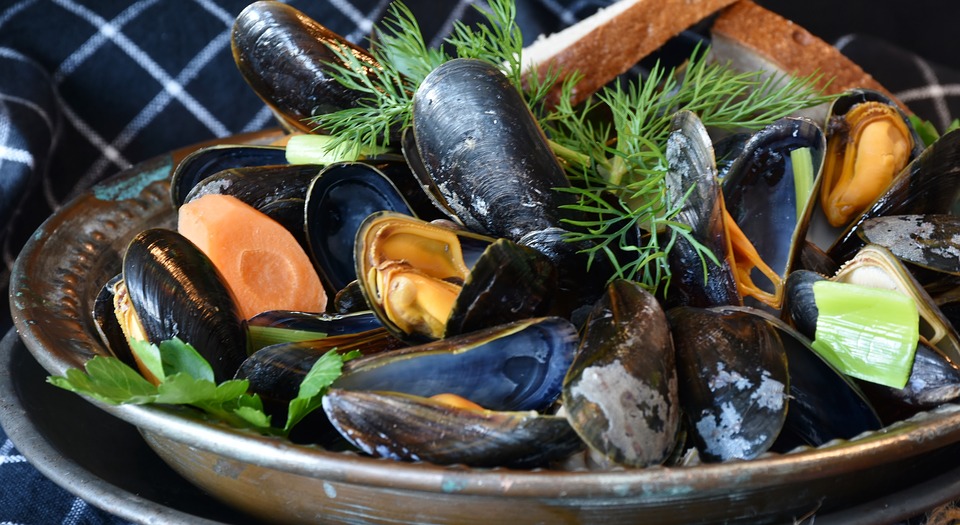 When will I start menopause? It’s a question a lot of women worry about, especially if you’re over 40. While a lot of factors -- age, mother’s history, BMI -- determine when the process of menopause will eventually start for you, diet also plays an important role.

According to a recent study by researchers at the University of Leeds, links have been found between diet and the onset of menopause in British women. The study showed that high intake of healthy foods, such as oily fish and fresh legumes, such as peas and green beans were associated with a later onset of the menopause, while a high consumption of refined white pasta and rice was associated with an earlier start.

Analysis of their diet showed that high intakes of oily fish were associated with a delayed start to menopause by nearly three years. A diet with lots of refined pasta and rice showed that menopause was more likely to occur one and a half years earlier than average. Study co-author, Janet Cade, said: “The age at which menopause begins can have serious health implications for some women.”

Previous studies have suggested that earlier onset of menopause is associated with lower bone density, osteoporosis and increased risk of cardiovascular diseases. While later menopause has been associated with a higher risk of breast, ovarian and endometrial cancers.

Studies have shown that factors such as the mother’s age at menopause, the age at menarche, gestational age, use of oral contraceptives, irregular menstrual cycle, number of pregnancies, body mass index, use of tobacco and alcohol, physical activity, unilateral oophorectomy, serum lead levels, consumption of polyunsaturated fat, socioeconomic status and educational level can also affect the timing of menopause.

Menopause brings with it a host of pesky conditions such as mood swings, hormonal imbalance, weight gain, fatigue. It is important for women to understand how their body is going to change with menopause. And if diet plays an important role in delaying the process, then women should take advantage of this. “A clear understanding of how diet affects the start of natural menopause will be very beneficial to those who may already be at risk or have a family history of certain complications related to menopause,” said Cade.

Here’s what to eat and avoid

Women are likely to gain weight during menopause, thus it is important to avoid trans fat, sugar, refined carbs in your diet. Also cut down on caffeine in order to get enough of your beauty sleep. Spicy food should be avoided as it may aggravate hot flashes, a common symptom of menopause.

According to Janvi Chitalia, fitness nutritionist and wellness director, Body Cocoon, “High sugar intake causes an immediate mood elevating effect, and they are one of the highest causes for fatigue and mood changes and fluctuations, after sugar levels drop. It is advised to therefore have a sustained release of sugar through eating complex carbohydrates such as jowar, bajra, millet and barley and avoid maida and rice.”

Menopause can also cause loss of bone density. “Women should increase their intake of calcium rich food such as ragi, green leafy vegetables, fruits such as banana, low fat dairy,” she adds.