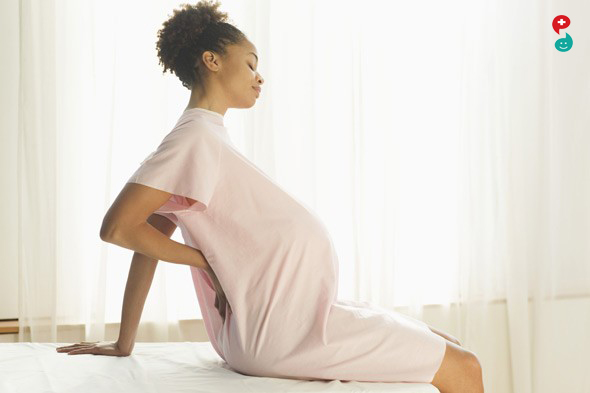 
Bleeding during pregnancy is relatively common. However, bleeding from the vagina at any time in pregnancy can be a dangerous sign, and you should always contact your midwife or doctor immediately if it happens to you.

Bleeding is not often caused by something serious, but it’s very important to make sure and to find out the cause straight away.

Contact your doctor or midwife if you notice bleeding from your vagina at any time during your pregnancy.

In early pregnancy you might get some light bleeding, called ‘spotting’, when the fetus plants itself in the wall of your womb. This is also known as ‘implantation bleeding’ and often happens around the time that your first period after conception would have been due.

Causes of bleeding
During the first 12 weeks of pregnancy, vaginal bleeding can be a sign of miscarriage or ectopic pregnancy (when the fetus implants outside the womb, often in the fallopian tube). However, many women who bleed at this stage of pregnancy go on to have normal and successful pregnancies.

In the later stages of pregnancy, vaginal bleeding can have many different causes. Some of the most common are outlined below.

Changes in the cervix
The cells on the cervix often change in pregnancy and make it more likely to bleed, particularly after sex. These cell changes are harmless, and are called ‘cervical ectropion’. Vaginal infections can also cause a small amount of vaginal bleeding.

The most common sort of bleeding in late pregnancy is the small amount of blood mixed with mucus that is known as a ‘show’. This occurs when the plug of mucus that has sealed the cervix during pregnancy comes away. This is a sign that the cervix is changing and becoming ready for the first stage of labor to start. It may happen a few days before contractions start or during labor itself.

Placental abruption
This is a serious condition in which the placenta starts to come away from the inside of the womb wall. Placental abruption usually causes stomach pain, even if there is no bleeding. If it happens close to the baby’s due date, your baby may be delivered early.

Placenta praevia
Placenta praevia, sometimes called a ‘low-lying placenta’, is when the placenta is attached in the lower part of the womb, near to or covering the cervix. This can block your baby’s path out of your body. The position of your placenta is recorded at your morphology scan.

If the placenta is near the cervix or covering it, the baby cannot get past it to be born vaginally, and a caesarean will be recommended.

Vasa praevia
Vasa praevia is a rare condition, occurring in about 1 in 3,000 to 1 in 6,000 births. It occurs when the blood vessels of the umbilical cord run through the membranes covering the cervix. Normally the blood vessels would be protected within the umbilical cord. When the membranes rupture and your waters break, these vessels may be torn and this can cause vaginal bleeding. The baby can lose a life-threatening amount of blood and die.

It is very difficult to diagnose vasa praevia, but it may occasionally be spotted before birth by an ultrasound scan. Vasa praevia should be suspected if there is bleeding and the baby’s heart rate changes suddenly after the rupture of the membranes. It is linked with placenta praevia.