Five Yeast Infection Symptoms in Women That Should Never Be Ignored 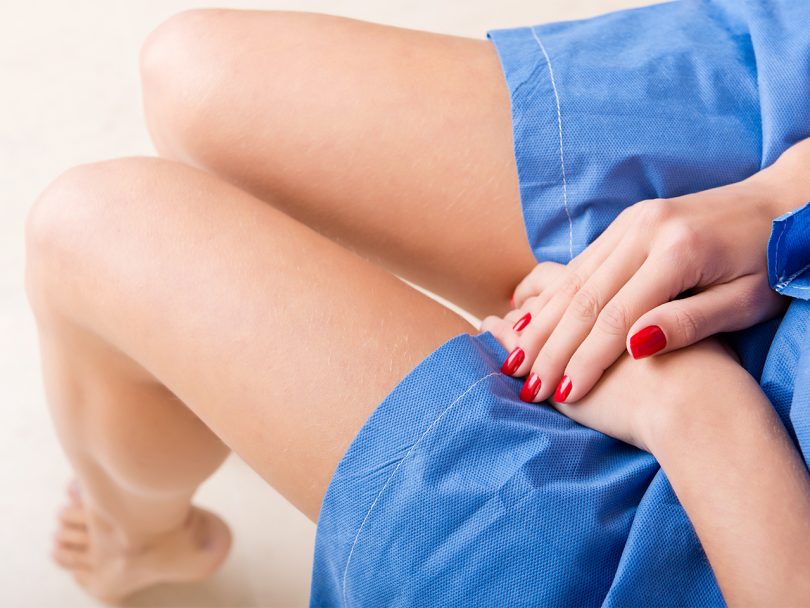 Getting your first period is a right of passage for women, and guess what?

So is your first yeast infection. The issue, which doctors also call candidal vulvovaginitis or vaginal thrush, is incredibly common, affecting 3 out of 4 women in their lifetimes. Some even experience it 4 or more times in a year. (Though we really, really hope that doesn't happen to you.)

The health condition is so, err, popular because every woman naturally has yeast (aka candida) brewing in their vaginas. But sometimes an overgrowth can occur, and that's when problems pop up. "Anything that can throw off the environment of your vagina can cause yeast infections, whether it's medication, excess moisture, condoms, IUDs, or even tampons," says Angelique Mason, a family nurse practitioner at Hahnemann University Hospital in Philadelphia. Other common causes: Douching, using vaginal products that have fragrance chemicals, hanging out in wet or sweaty clothing and swimsuits, and wearing underwear that's too tight.

But how do you know if what you're seeing or feeling is actually a yeast infection? These surefire signs signal that it's time to schedule a visit with your OBGYN. That way you'll know if an over-the-counter treatment will actually work, or if you need to grab a prescription for something stronger. Either way, you'll be on your way to a healthy, back-in-balance vagina.

It's one of the more gag-worthy comparisons out there, but anyone who's experienced this yeast infection symptom firsthand knows it's accurate. "Generally, women will come in and complain of an odorless discharge something that’s thick, whitish, and looks like cottage cheese," Mason says. Normal discharge is typically somewhere between clear and milky white, so you'll notice a distinct difference.

2. You feel sore for no reason.

It wouldn't be all that surprising to feel general vaginal pain or soreness after an enthusiastic romp in the sack. But if that didn't actually happen and there are no other obvious reasons behind your pain then that could be a sign of a yeast infection, reports the Centers for Disease Control and Prevention.

One day you're peeing without a care in the world and the next it becomes one of those moments that you dread (and may even try to avoid). Mason says painful urination is one of the most telltale yeast infection symptoms in women. When you're experiencing it, you'll most likely notice other symptoms, including redness and swelling in the vulva, reports the Cleveland Clinic.

One of the most common symptoms is intense itchiness in both the vaginal opening and the vulva, so feeling like you constantly have to scratch is a solid indicator that something isn't right, Mason says. It doesn't help that fungus thrives in warm, moist environments (like your vagina), so it's important that you start treating a yeast infection right away before your symptoms get worse.

If things are tingling downstairs in a not-so-pleasant fashion, the Mayo Clinic says this is a common symptom of an active yeast infection. But here's a doozy: If you have one, it's possible to spread it to your partner. It’s not overly common, but since men also have candida on their skin, having unprotected sex can cause an overgrowth that results in an infection called balanitis, or inflammation of the head of the penis. Because of that, Mason says they could experience an itching or burning sensation, redness, and small white spots on the skin. If that happens, he'll need to see the doc too so he can be treated with over-the-counter anti-fungal medications. 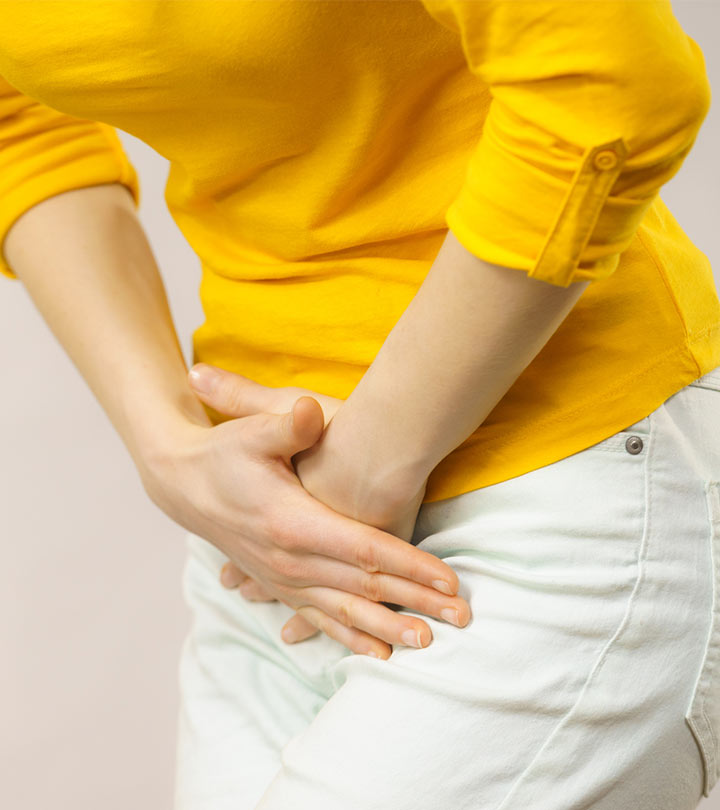 What Is a Yeast Infection?
A vaginal yeast infection is an infection resulting from the overgrowth of yeast — a type of fungus — of the genus Candida.

Candida normally live on the skin and inside the body (mouth, throat, gut, and vagina) without causing health problems. There are over 150 Candida species, about 15 of which are known to cause infections if they multiply out of control.

They are also commonly caused by several other Candida species, including C. glabrata, C. parapsilosis, C. tropicalis, and C. krusei.

Additionally, men can get yeast infections in their genitals, mouths, and other areas.

With treatment, most yeast infections take from one to seven days to clear up. If symptoms persist for more than a week, check with your doctor to rule out a more serious condition. 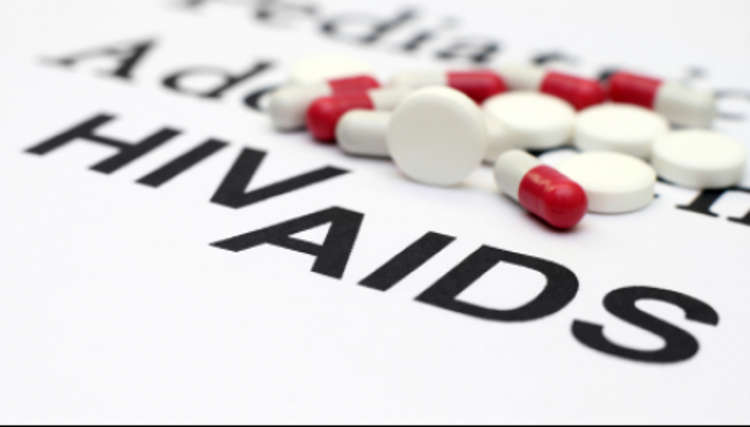 Scientists have developed a vaginal implant that can protect women from HIV infection by decreasing the number of cells that the virus can target in their genital tract.

Unlike conventional methods of HIV prevention, such as condoms or anti-HIV drugs, the implant takes advantage of some people's natural immunity to the virus, according to researchers at the University of Waterloo in Canada.

The implant, described in the Journal of Controlled Release, is composed of a hollow tube and two pliable arms to hold it in place.


It contains hydroxychloroquine (HCQ) which is disseminated slowly through the porous material of the tube and absorbed by the walls of the vaginal tract.

"We know that some drugs taken orally never make it to the vaginal tract, so this implant could provide a more reliable way to encourage T cells not to respond to infection and therefore more reliably and cheaply prevent transmission," said Emmanuel Ho, a professor at the University of Waterloo.

"What we do not know yet is if this can be a stand-alone option for preventing HIV transmission or if it might be best used in conjunction with other prevention strategies," said Ho.

HIV infects the body by corrupting T cells that are mobilised by the immune system when the virus enters a person's body.

The implants were tested in an animal model and the team observed a significant reduction in T cell activation, meaning that the vaginal tract was demonstrating an immune quiescent state.

The new implant was inspired by previous research involving sex workers in Kenya.

In Kenya, Ho and research partner Keith Fowke of the University of Manitoba, observed that many of these women who had sex with HIV positive clients but did not contract the virus.

They later found the women possessed T cells that were naturally immune quiescent.

"Observing this, we asked ourselves if it was possible to pharmacologically induce immune quiescence with medication that was better assured of reaching the point of infection," said Ho.

"By delivering the medication exactly where it is needed, we hoped to increase the chances of inducing immune quiescence," he said.

Five Side Effects Of Garlic You Must Be Aware Of 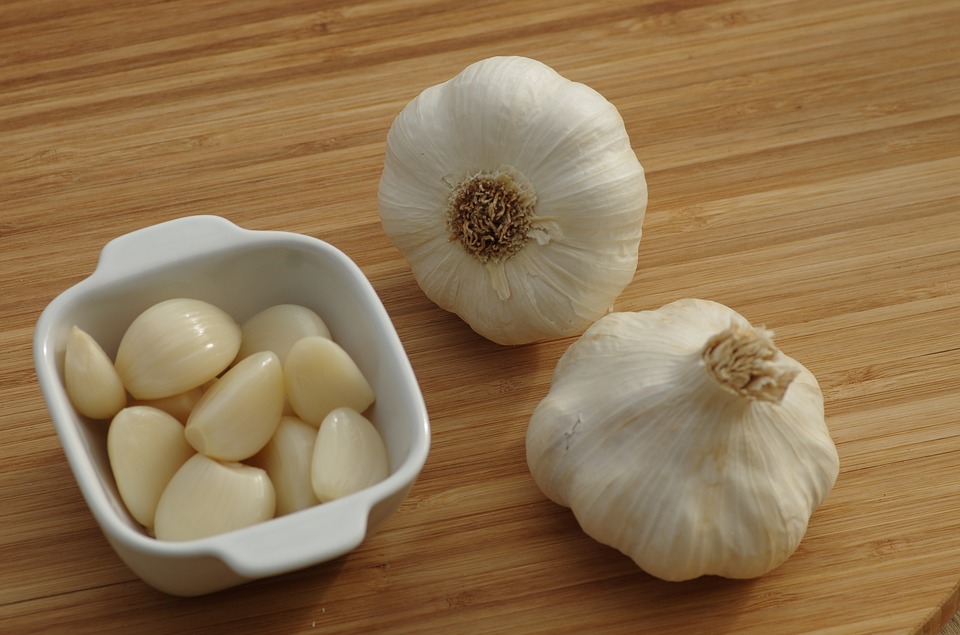 If you happen to be a garlic lover who loves to gorge on everything garlicky, then it's time for you to get a reality check! Garlic is one of the most common ingredients in Indian kitchens, and is being consumed for more than thousand years now. It is not only used for cooking, but is often considered as a medicine as well. There are various varieties of garlic and the most popular ones are hardneck and softneck. Garlic helps to prevent many diseases because of its medicine properties. However, like everything has its own pros and cons, so does garlic. Here in this article, we have shared some side effects of having excess garlic. Read on to know more.

Lack of personal hygiene might not just be the only cause of foul odor, as consumption of garlic can break the deal too! There are various chemicals in garlic that contribute to bad breath. So before you think of gorging on your favourite garlic bread, make sure you have a mouth-refreshing spray handy as garlic breath can be quite embarrassing.

Eating excess garlic may lead to skin irritation and rashes. Garlic contains an enzyme called alliinase, which is usually the cause of skin rashes. It is quite often advised to wear hand gloves while cutting garlic, as the same enzyme present in it can cause rashes and itchiness.

Garlic if taken in its raw form may trigger headache as well. It doesn't cause headache on the spot but can trigger the process. As per various studies, consuming raw garlic might stimulate the trigeminal nerve to release neuropeptides that goes to the membrane covering of the brain and triggers headache.

It is of utmost importance for women to take proper care of their vaginal health. One of the crucial things to keep in mind while suffering from vaginal infection is to avoid eating garlic as it can aggravate the yeast infection by irritating the tender tissues of the vagina.

May Cause Vomiting And Heartburn

According to various observational studies, consuming raw garlic bulbs in excess amounts may lead to vomiting and even heartburn. So to avoid this, you can always limit the intake of garlic.

The Foods That Can Prevent Yeast Infections Naturally 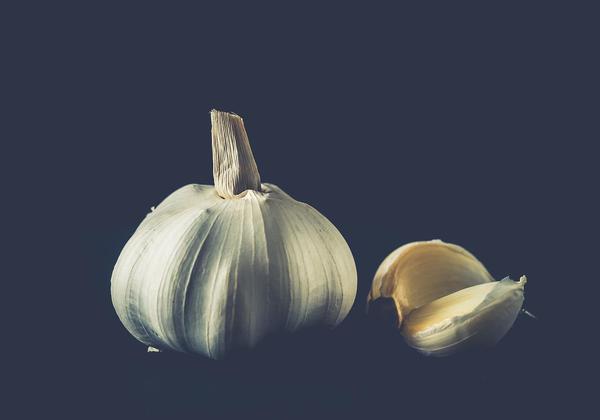 - Garlic: Garlic can destroy any infection easily. It contains many antifungal, antibacterial properties which soothe the infection naturally. In fact, raw garlic has the ability to fight candida bacteria easily. So, eat 3-4 cloves of garlic for the entire day. You can eat them raw, or cook whatever you feel better.

- Papaya: It is a very helpful food when it comes to soothing the yeast infection naturally. The leas and the seeds of papaya can kill the bacteria like candida, nix etc. Moreover, papaya has a lot of vitamin C which will be great for your health and soothes many infections.

- Oregano herb: Your favourite pizza/pasta seasoning hern oregano can be great to prevent yeast infection. It can prevent many types of fungi, including Candida albicans, which is the cause of around 90% of yeast infections. Other than that, this herb comes under healing herbs which are important for your entire health.

- Coriander: It is a great plant which has benefited compounds on its leaves, seeds and in the stem also. It is a great source of are a good source of fibre, copper, iron, manganese, and magnesium which all are important to kill any bacteria inside your body and to soothe the infected area.

- Olive oil: It has antifungal, antibacterial properties which can kill candida and other bacteria very easily. It has oleuropein which stimulates your immune system’s own response to a Candida albicans infestation. But make sure you use extra virgin olive oil on your cooking.