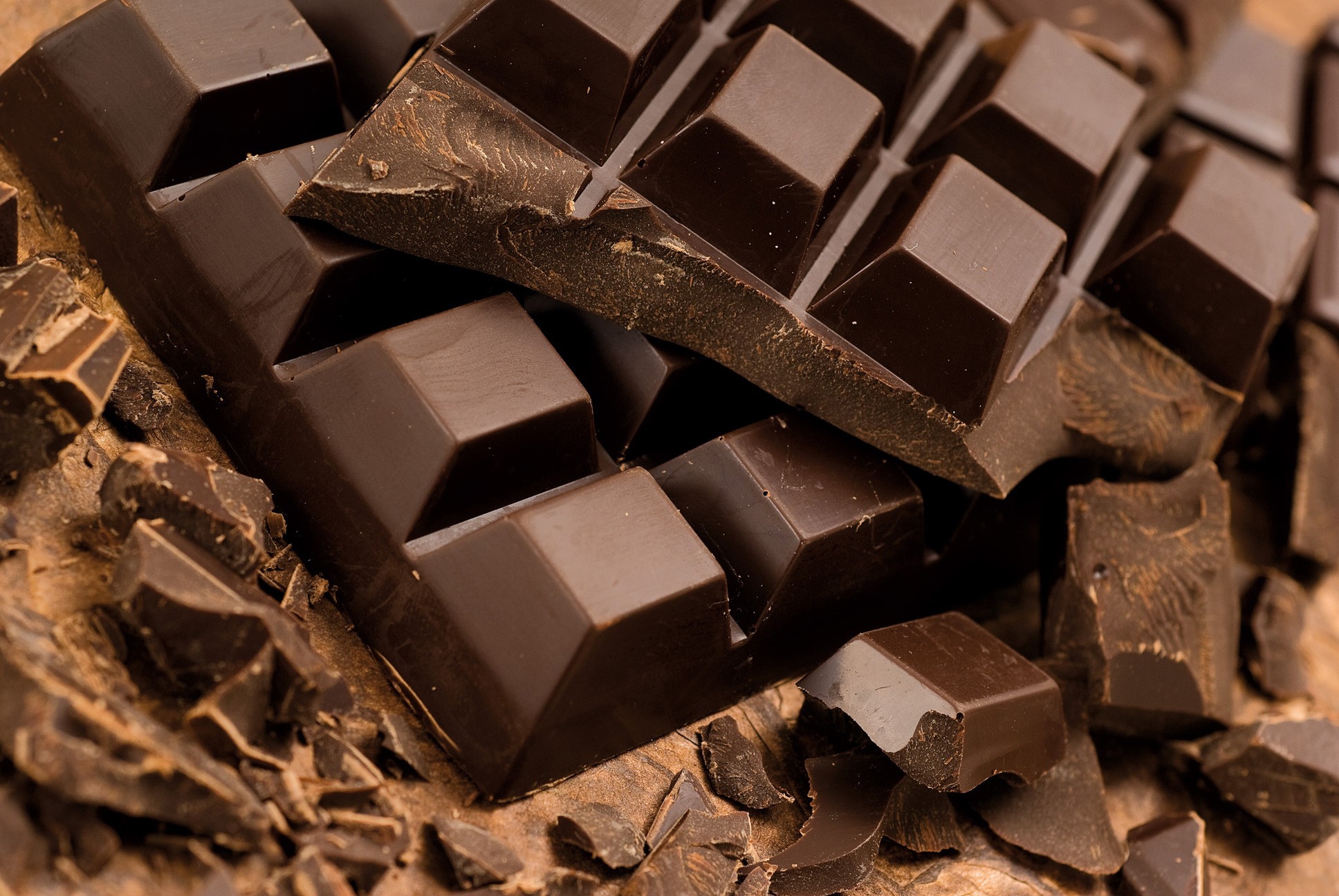 Chocolate has always been one of our favourite snacks to munch on. It's that one thing which can uplift our mood in no time. Nowadays, chocolate is being used in various forms in different desserts. It is said to have vital properties that can play an important role in maintaining healthy lifestyle, if consumed in moderation. However, there are a lot of myths that are associated with the tasty delight.

Here's a list of 5 common myths about chocolate that you shouldn't believe anymore. Read on to know more about them.

Chocolate is a rich source of antioxidants, magnesium and zinc. It also contains phosphate, calcium and protein which helps reduce insulin resistance. Bangalore-based Nutritionist Dr. Anju Sood agrees, "Dark chocolate has health benefits in terms of antioxidants." Consumption of dark chocolate in moderation may help in maintaining the blood pressure and could also keep your heart healthy.

When it comes to skin health, our diet plays a major role. As per Dr. Anju, "Chocolate may cause acne due to the presence of fat content in it but not always, as a lot depends upon your skin type." It is believed that high intake of oily food can cause acne on the skin.

Chocolate is often seen as a culprit for migraines and headaches; however, various studies have found no link between the two. Dr. Anju agrees, "There's no connection between the both. If you're prone to migraine then it might trigger but apart from this, it doesn't.

White chocolate is not really a chocolate. It is known to be a confection made with the help of cocoa butter, milk solids and vanilla.

Chocolate lovers, rejoice and indulge in a chocolate bar right away!

Why you need to say no to excess salt 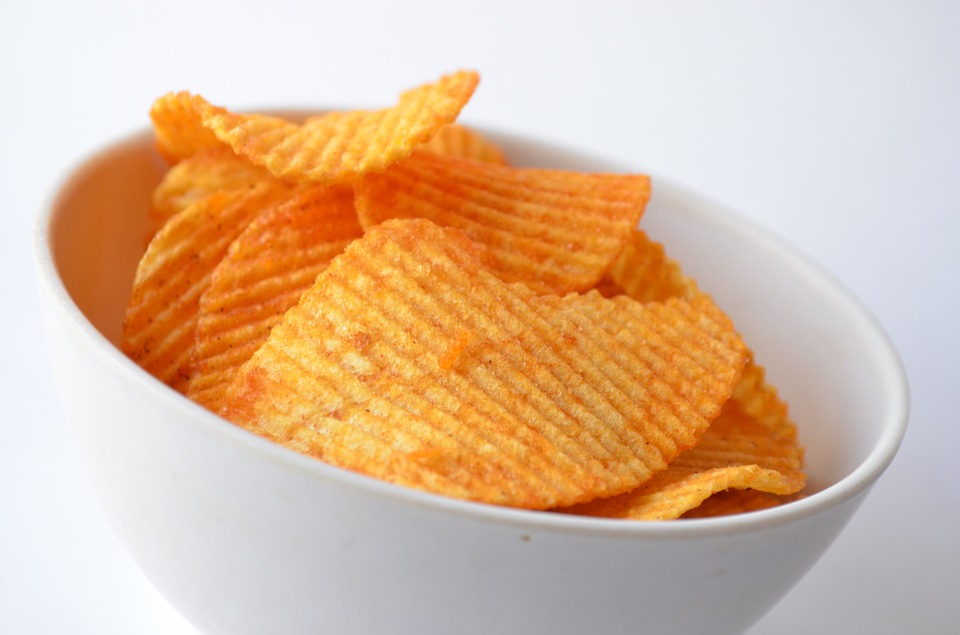 With the festive season on, most of us throw caution to the winds and indulge in all kinds of delicacies both sweet and savoury. But before you reach out for that tempting deep-fried, salt-laden plate of fries, be forewarned: a study has found that high salt intake is associated with increased risk of hypertension and heart failure.

How does it happen?
Senior cardiologist Dr Santosh Kumar Dora says, “Heart failure is when heart is unable to pump enough blood as per the need of the body. Sodium retains water, so high sodium in the blood will retain water and increase the blood volume. This puts stress on the heart and may lead to heart failure.”

Our body needs sodium, it is a mineral that’s essential for life say doctors. It helps control our body’s fluid balance and also helps send nerve impulses and affects muscle function. Senior interventional cardiologist Dr Tilak Suvarna says, “While we do need some sodium in our diet to help regulate fluid in the body, the amount of salt we eat is far more than we require. It’s the excess of sodium that’s the problem in relation to blood pressure. When there's extra sodium in our bloodstream, it attracts water into our blood vessels, increasing the total amount of blood flowing inside our blood vessels, leading to increase in the blood pressure. There is very convincing evidence which has shown that regularly eating too much salt puts us at increased risk of developing high blood pressure. High blood pressure is the main cause of strokes and a major cause of heart attacks and heart failures, the most common causes of death and illness in the world.”

Foods that contain high sodium levels
In this age of fast living, most of us have packaged and or pre-prepared foods. What most do not know that about 77 per cent of the sodium we consume comes from there. Dr Suvarna says, “Since most of the sodium we eat, is in our food before we buy it, many people unfortunately don’t realise they are eating too much salt. Thus it makes it hard for people to limit how much sodium they are eating.” Nutritionists say that all kinds of processed and prepared foods contain high levels of sodium. Most packaged foods are high in sodium as it is used like a preservative. Avoiding excess sauces and seasonings can help say doctors. Pickles are also very rich in salt content. Apart from this, there are many foods that are actually swimming in salt but are not as obvious.

Here is a list…
Cottage cheese
Paneer or cottage cheese that is not homemade can have around 1,000 mg of sodium in one cup. And that is around 40 per cent of your entire day’s intake.

Cereal
It is touted to be a good breakfast but some packaged cereals are said to have 180 to 300 mg of sodium per serving.

Baked foods
Foods that are baked rely on sugar and sodium as a preservative. Some baked foods are known to have around 200 mg sodium

Soups
Most canned or restaurant soups have around 1,000 to 1,500 mg of sodium per bowl.

Burgers and hot dogs
Even the vegetarian versions of these foods are loaded with salt. The patties alone have around 500 mg of salt.

Hot chocolate and pancakes
If you are not have the homemade versions of hot chocolate drinks and pancakes, you might end up having around 1,500-200 mg of sodium. Avoiding ready-made mixes of these foods is a great idea.

Packaged raw chicken
Opting for packets of organic chicken will help because, chicken breasts sometimes have high-sodium flavouring solution injected in them.

Researchers say
According to a study, high salt intake is associated with a doubled risk of heart failure. The findings showed that people who consume more than 13.7 grams of salt daily may be at twice the higher risk of heart failure compared to those consuming less than 6.8 grams. The researchers said that this salt-related increase in heart failure risk was independent of blood pressure level — increased level of which is also a risk factor for cardiovascular diseases.

Zinc oxide in canned foods may damage your digestive system

The next time you opt for canned foods such as corn, tuna, asparagus or chicken, think twice. They may contain zinc oxide that can potentially damage your digestive system, warn researchers. The findings showed that nanoparticles of zinc oxide present in the lining of certain canned goods, usually considered good for its antimicrobial properties and preventing staining of sulfur-producing foods, may negatively affect the way in which human digestive tract operates. “We found that zinc oxide (ZnO) nanoparticles at doses that are relevant to what you might normally eat in a meal or a day can change the way that your intestine absorbs nutrients or your intestinal cell gene and protein expression,” said Gretchen Mahler, Associate Professor at the Binghamton University in the New York. Researchers found that canned food contained 100 times the daily dietary allowance of zinc.

“They tend to settle onto the cells representing the gastrointestinal tract and cause remodelling or loss of the microvilli, which are tiny projections on the surface of the intestinal absorptive cells that help to increase the surface area available for absorption,” Mahler added. This loss of surface area tends to result in a decrease in nutrient absorption. Some of the nanoparticles also cause pro-inflammatory signaling at high doses, and this can increase the permeability of the intestinal model, the researcher said.

In other words, it can even allow the passage of compounds that are not supposed to pass through into the bloodstream. The study, published in the journal Food & Function, looked at how many particles might be transferred into the canned food. “Our model shows that the nanoparticles do have effects on our in vitro model, and that understanding how they affect gut function is an important area of study for consumer safety,” Mahler said. 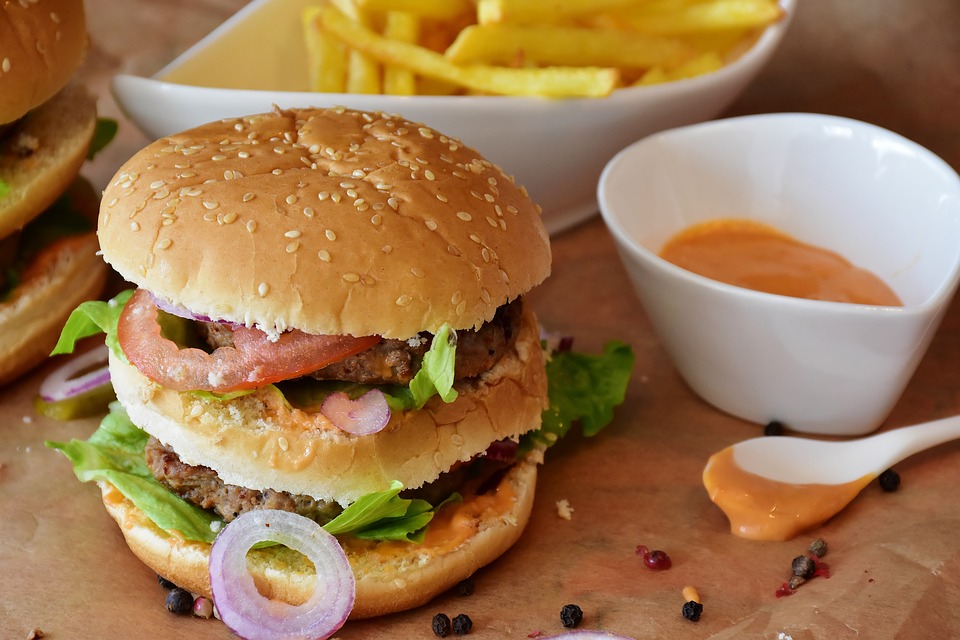 Junk food advertisements are shown more frequently on TV at during children’s peak viewing times, according to a study. The research also showed that children were exposed to twice as much unhealthy food advertising as healthy food advertising. Researchers from University of Adelaide in Australia found that children would view more than 800 junk food ads each year, if they watched 80 minutes of television per day. By building a TV monitoring system, believed to be the first of its kind in the world, researchers were able to capture an entire year’s worth of television and ads from one free-to-air commercial TV network in South Australia.

“This is the most robust data we’ve seen anywhere. It is the largest dataset ever used by health researchers for examining food advertising in Australia, and probably the world,” said Lisa Smithers, associate professor at University of Adelaide. “Most research in this area is based on only a few days of data, and there are no Australian studies taking seasonality into account,” said Smithers, who led the study published in the Journal of Paediatrics and Child Health. Thirty thousand hours of television containing more than 500 hours of food advertisements – almost 100,000 food ads – were logged during 2016.

Snack foods, crumbed or battered meats, takeaway or fast food and sugary drinks were among the most frequently advertised foods. During children’s peak viewing times, the frequency and duration of “discretionary” (ie junk) food advertising was 2.3 times higher each hour than for healthy foods. Across the year, discretionary food advertising peaked at 71 per cent of all food advertising in January, dropping to a low of 41 per cent in August. There is also no process for routine, independent monitoring of children’s exposure to food advertising, researchers said. 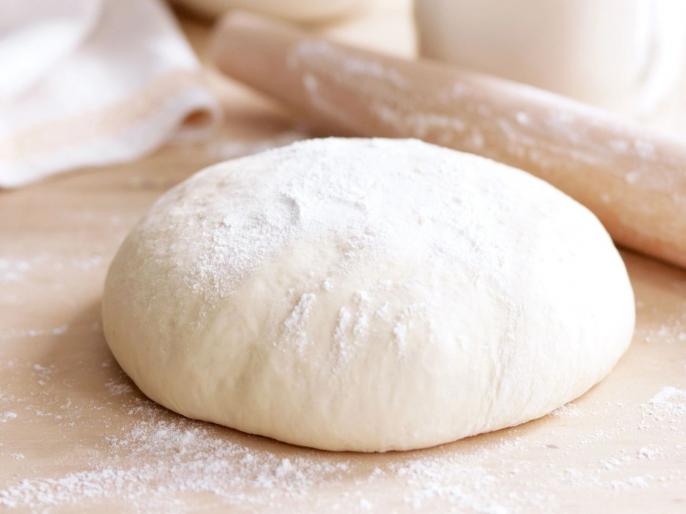