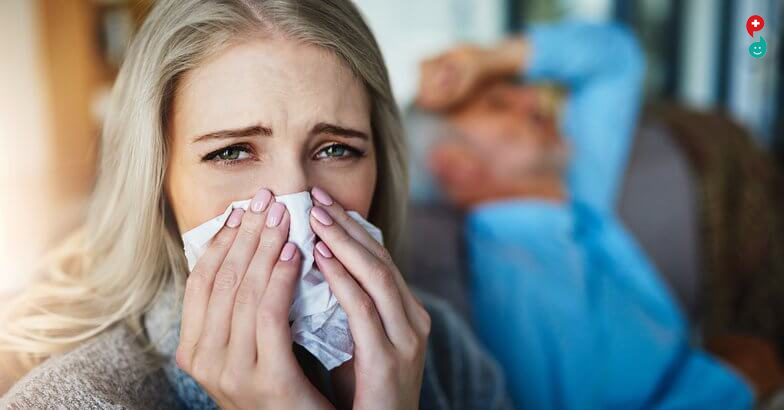 
Rheumatic fever is an inflammatory disease that can develop as a complication of inadequately treated strep throat or scarlet fever. Strep throat and scarlet fever are caused by an infection with streptococcus bacteria.

Rheumatic fever can cause permanent damage to the heart, including damaged heart valves and heart failure. Treatments can reduce damage from inflammation, lessen pain and other symptoms, and prevent the recurrence of rheumatic fever.

Symptoms
Rheumatic fever symptoms vary. You can have few symptoms or several, and symptoms can change during the course of the disease. The onset of rheumatic fever usually occurs about two to four weeks after a strep throat infection.

Rheumatic fever signs and symptoms — which result from inflammation in the heart, joints, skin or central nervous system — can include:

Fever
Painful and tender joints — most often in the knees, ankles, elbows and wrists
Pain in one joint that migrates to another joint
Red, hot or swollen joints
Small, painless bumps (nodules) beneath the skin
Chest pain
Heart murmur
Fatigue
Flat or slightly raised, painless rash with a ragged edge (erythema marginatum)
Jerky, uncontrollable body movements (Sydenham chorea, or St. Vitus' dance) — most often in the hands, feet and face
Outbursts of unusual behavior, such as crying or inappropriate laughing, that accompanies Sydenham chorea
When to see a doctor
Have your child see a doctor for signs or symptoms of strep throat. Proper treatment of strep can prevent rheumatic fever. Also, have your child see a doctor if he or she shows other indications of rheumatic fever.

The link between strep infection and rheumatic fever isn't clear, but it appears that the bacterium tricks the immune system. The strep bacterium contains a protein similar to one found in certain tissues of the body. So immune system cells that would normally target the bacterium may treat the body's own tissues as if they were infectious agents — particularly tissues of the heart, joints, skin and central nervous system. This immune system reaction results in inflammation.

If your child receives prompt treatment with an antibiotic to eliminate strep bacteria and takes all medication as prescribed, there's little chance of developing rheumatic fever. If your child has one or more episodes of strep throat or scarlet fever that aren't treated or not treated completely, he or she might develop rheumatic fever.

Risk factors
Factors that can increase the risk of rheumatic fever include:

Rheumatic heart disease is permanent damage to the heart caused by rheumatic fever. It usually occurs 10 to 20 years after the original illness. Problems are most common with the valve between the two left chambers of the heart (mitral valve), but the other valves can be affected. The damage can result in:

Valve stenosis. This narrowing of the valve decreases blood flow.
Valve regurgitation. This leak in the valve allows blood to flow in the wrong direction.
Damage to heart muscle. The inflammation associated with rheumatic fever can weaken the heart muscle, affecting its ability to pump.
Damage to the mitral valve, other heart valves or other heart tissues can cause problems with the heart later in life. Resulting conditions can include: