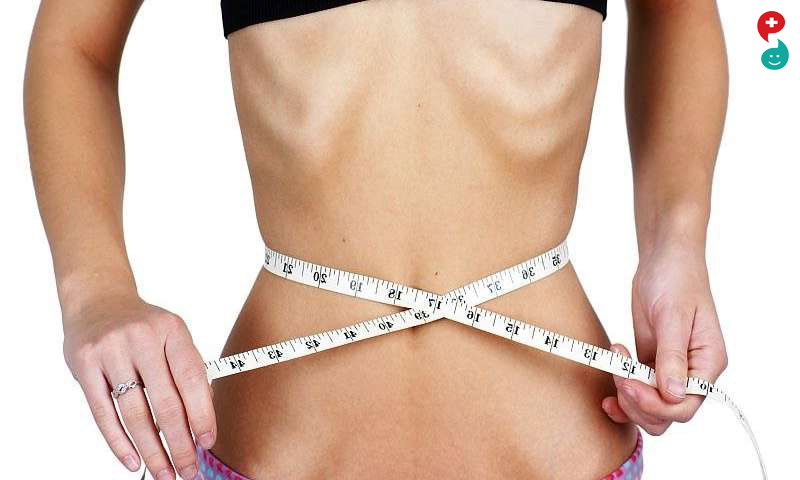 What is Anorexia?
Anorexia Nervosa is a psychological and potentially life-threatening eating disorder. Those suffering from this eating disorder are typically suffering from an extremely low body weight relative to their height and body type. Often referred to as BMI (Body Mass Index) is a tool that treatment providers often use to assess the appropriateness of body weight for an individual struggling with an eating disorder. Additionally, observations of eating patterns, exercise, and personality traits may give indications of an anorexic diagnosis. Those struggling with anorexia frequently fear gaining weight and have a distorted body image. They often believe they appear much heavier than they are.
Additionally, women and men who suffer from this eating disorder exemplify a fixation with a thin figure and abnormal eating patterns. Anorexia nervosa is interchangeable with the term anorexia, which refers to self-starvation and lack of appetite.


What are major types of Anorexia?
There are two common types of anorexia, which are as follows:
Binge/Purge Type: The person struggling with this type of eating disorder will often purge after eating. This alleviates the fear of gaining weight and offsets some of the guilt of having ingested forbidden or highly restricted food. The compensatory purge behaviour by the individual with Binge/Purge Type anorexia may purge by exercising excessively, vomiting or abusing laxatives.

Restrictive: The individual suffering from restrictive anorexia is often perceived as highly self-disciplined. They restrict the quantity of food, calories and often high fat or high sugar foods. They consume far fewer calories than are needed to maintain a healthy weight. This is a heart breaking form of self-starvation.

Though two classifications of this eating disorder exist, both types exhibit similar symptoms, such as an irrational fear of weight gain and abnormal eating patterns.

The effects of the thinness culture in media that constantly reinforce thin people as ideal stereotypes
Professions and careers that promote being thin and weight loss, such as Ballet and modelling
Family and childhood traumas: childhood sexual abuse, severe trauma
Peer pressure among friends and co-workers to be thin or be sexy.

Examples of biological factors include:
Irregular hormone functions
Genetics (the tie between anorexia and one’s genes is still being heavily researched, but we know that genetics is a part of the story).


What are the signs & symptoms of Anorexia?
An individual suffering from anorexia nervosa may reveal one or several signs and symptoms such as:

Chronic restrictive eating or dieting beyond the norm
Rapidly losing weight or being significantly underweight and emaciated
Obsession with calories and fat contents of food
Engaging in ritualistic eating patterns such as cutting food into tiny pieces, eating alone or hiding food
Continued fixation with food, recipes, or cooking; the individual may cook intricate meals for others but refrain from partaking
Amenorrhea: an abnormal absence of menstruation, or loss of 3 consecutive menstrual cycles
Depression or lethargic stage
Development of lanugo: soft, fine hair that grows on face and body
Reported sensation of feeling cold, particularly in extremities
Loss or thinning of hair
Avoidance of social functions, family and friends, may become isolated and withdrawn
Dieting Vs. Anorexia
Though the restrictive eating patterns that characterize this anorexic eating disorder are similar to dieting behaviors, there are stark differences between the two. The effects of the extreme behaviors resulting from this disease are far more devastating and consequential than any ill effects from dieting.

While someone may diet in an attempt to control weight, anorexia nervosa is often an attempt to gain control over one’s life and emotions, especially in the light of traumatic events or a chaotic environment.

While someone might diet in an attempt to lose weight as the primary goal, in anorexia they may dieting because they perceive losing weight as a way to achieve happiness and self-mastery.