Should You Take Painkillers During Pregnancy? 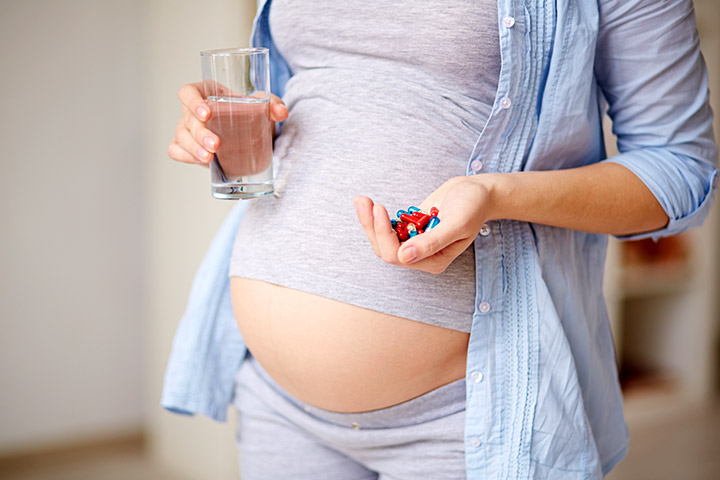 The consumption of painkillers during pregnancy have been debatable for a while now. Pregnancy can bring with it a lot of ailments like constipation, rashes, nausea and back pain for which some women may rely over the counter drugs. While some are safe, others may not be. Just because it is easily available that does not mean it is safe for consumption during pregnancy.

Previous studies have showed that the consumption of paracetamol during pregnancy may affect the development of sex organs in unborn boys. This new study suggests that it may affect fertility in females too. Using painkillers in pregnancy may reduce fertility in subsequent generations, warns the study. The study was published in the journal Scientific Reports.

Several tests conducted on rats revealed that when a mother was given painkillers during pregnancy, her female offspring had fewer eggs, smaller ovaries and smaller litters of babies than those not exposed to the drugs.

The findings are significant given the similarities between the reproductive systems of rats and humans, although it is difficult to directly extrapolate these results to pregnant women, the researchers noted. "It's important to remember that this study was conducted in rats not humans, however, there are many similarities between the two reproductive systems,” said Richard Sharpe, professor at the University of Edinburgh in Britain.

In addition to affecting a mother's immediate offspring, the study also showed that the effect of such drugs were extended to the subsequent generation of rats. The resulting females, the grand daughters of the mother given painkillers in pregnancy, also had reduced ovary size and altered reproductive function, said the researchers.
Like previous studies, this one too showed that exposed male offspring were also affected at birth - showing smaller numbers of cells that give rise to sperm in later life. However, their reproductive function recovered to normal levels by the time they reached adulthood.

Researchers suggest that pregnant women should stick with the current guidelines to use painkillers at the lowest possible dose, for the shortest possible time. Scientists tested the effects of two painkillers in pregnant rats - paracetamol and a prescription-only painkiller called indomethacin, which belongs to the same class of drugs as ibuprofen and aspirin. Rats were given the drugs over the course of several days - four days for indomethacin or nine days for paracetamol. Paracetamol is known to act as a hormone disruptor in the womb that can affect the normal brain development of the foetus.

"These studies involved the use of painkillers over a relatively long period. We now need to explore whether a shorter dose would have a similar effect, and how this information can be usefully translated to human use," said co-author Richard Anderson, professor at the University of Edinburgh. It is also suggested that tablets that combine paracetamol and caffeine should be avoided. High levels of caffeine can result in babies having a low birth weight and they can have other health issues later in life. 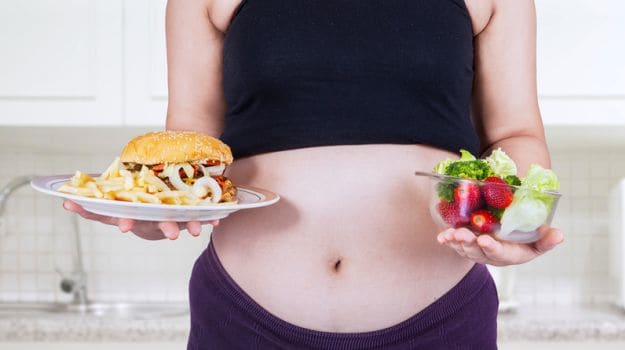 Women consuming high-fat diet during pregnancy may increase the risk of affecting bacteria living in her baby's gut thus impacting proper development of the immune system, says a study.The results showed that expecting mothers' diets can lead to distinct changes in their babies' microbiome, which could affect energy extraction from food as well as early immunity development. "Diet is very amenable to change and women are highly motivated to make healthy changes during pregnancy. Traditionally, dietary interventions during pregnancy have focused on micronutrients, such as iron and folic acid," said Kjersti Aagaard, Associate Professor at Baylor College of Medicine in the US.

Further, a high-fat diet in the mothers was also significantly associated with fewer numbers of bacteroides microbes in the infants' microbiome both in samples taken shortly after birth and at four to six weeks of age. Bacteroides are involved in breaking down and extracting energy from certain carbohydrates. As a consequence of depletion of bacteroides, these carbohydrates could become unusable to the infant or other microbes. A persistent reduction of bacteroides species in the infant gut could thus have significant consequences on energy extraction from food and developing immunity, the researchers said. "The study speculates that there may be a sound argument to also discuss and estimate fat intake," Aagaard added, suggesting an increase in the need for dietary recommendations during pregnancy.

For the study, examined stool samples from 157 newborn babies that were taken 24 to 48 hours post-delivery, a subset of 75 babies was further sampled at four to six weeks of age.

Fast Food During Pregnancy Could Increase ADHD Risk in Kids

A high-fat, high-sugar diet of processed food and confectionery during pregnancy may be linked to symptoms of attention-deficit/hyperactivity disorder (ADHD) in children who show conduct problems early in life, a study says."These results suggest that promoting a healthy prenatal diet may ultimately lower ADHD symptoms and conduct problems in children," said one of the researchers Edward Barker from King's College London.

The researchers assessed how the mothers' nutrition affected epigenetic changes (or DNA methylation) of IGF2, a gene involved in fetal development and the brain development of areas implicated in ADHD - the cerebellum and hippocampus. Notably, DNA methylation of IGF2 had previously been found in children of mothers who were exposed to famine in the Netherlands during World War II.
The researchers from found that poor prenatal nutrition, comprising high fat and sugar diets of processed food and confectionery, was associated with higher IGF2 methylation in children with early onset conduct problems. The epigenetic change was also associated with higher ADHD symptoms between the ages of seven and 13, but only for children who showed an early onset of conduct problems, showed the study published in the Journal of Child Psychology and Psychiatry.

"Our finding that poor prenatal nutrition was associated with higher IGF2 methylation highlights the critical importance of a healthy diet during pregnancy," Barker said.

Weight Gain During Pregnancy May Lead To Preterm Birth 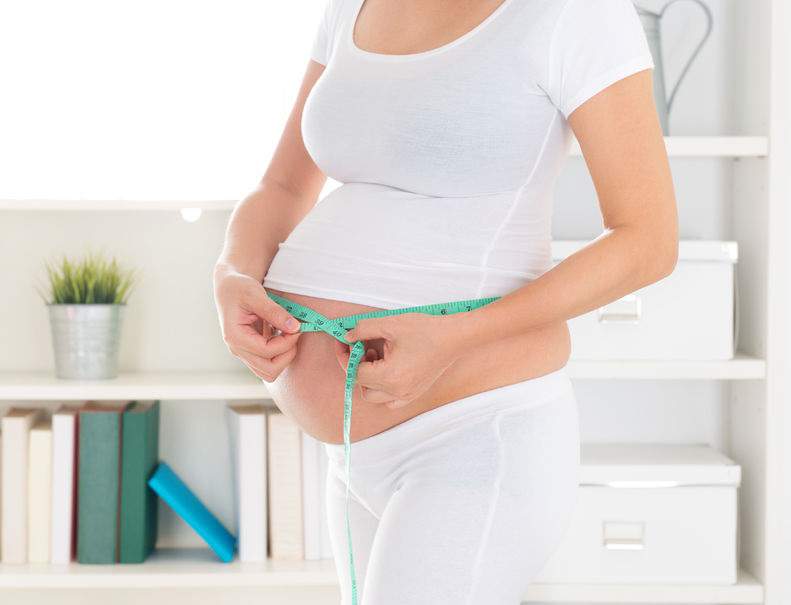 Abnormalities in interval between pregnancies, mother's body mass index (BMI) prior to pregnancy and the amount of weight gain in pregnancy can lead to preterm birth, a new study has found.The study, published in the journal Maternal and Child Health Journal, showed that if these factors were modified, it could reduce the risk of premature births.

"The highest risks for premature birth were in women who were underweight, had poor weight gain during pregnancy, or short periods of time between pregnancies. Excessive weight gain in obese women also increased the risk," said Emily DeFranco, Associate Professor at the University of Cincinnati.

DeFranco and her colleagues conducted the study from birth records of nearly 4,00,000 people. Potentially modifiable risk factors for preterm birth were present in more than 90 per cent of women in the study.

Fewer than half of women begin pregnancy with a normal weight, and only 32 per cent achieve the recommended pregnancy weight gain.

"Attention should be paid to educational interventions on the importance of birth spacing, achieving an optimal pre-pregnancy weight, and ensuring adequate nutrition and weight gain during pregnancy. Improvements in these modifiable risk factors could have significant influence on premature birth and infant mortality worldwide," DeFranco added.