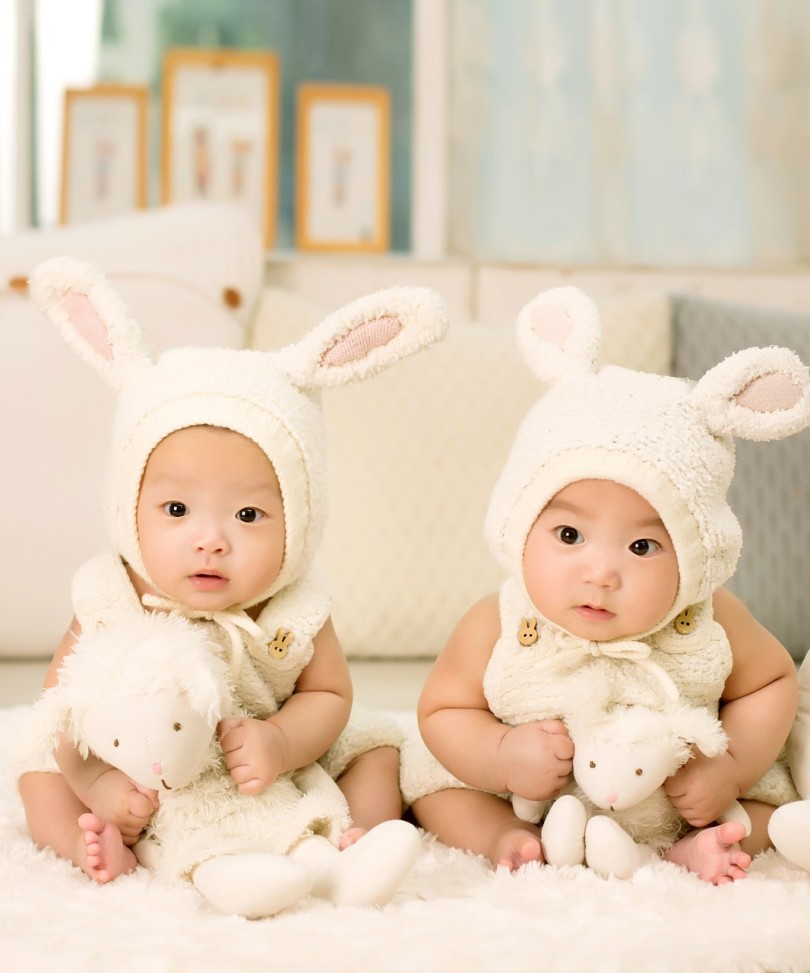 How Are Twins Conceived?

If you want to improve your chances of conceiving with twin babies, firstly understand how twins happen.

Nearly one-third of twins are identical, also known as monozygotic twins. They are created by fluke. They develop when one egg is fertilized by one sperm and gets divided into two separate embryos. They share the same genetic composition and placenta. Identical twins can also happen in women who undergo fertility assistance methods.

Non-identical, also known as dizygotic twins, develop when two eggs are fertilized by two sperms. They are unique and do not share genetic composition or placenta. As non-identical twins share only half of the same genetic makeup, they are not always of the same gender.

General Odds Of Having Twins:

The 21st-century statistics show that the possibility of having twins are 3%, i.e., 3 in 100 among the general population. Figures also show that there is an increase of almost 61% from the early 1980s. A much recent numbers from the US National Center for Health Statistics say that the twin birth rate is 33.9 per 1000 live births.

Factors That Determine The Chances Of Having Twins:
As said earlier, identical twins could only happen by sheer chance. But, certain factors could influence the chances of having fraternal twins.

It all depends on you because you produce the eggs. If you or your mother is a twin, the probability of twins is high. You will have higher chances of hyperovulation (releasing two eggs during ovulation process). A few specific genes combine with hyperovulation and thus increase the frequency of non-identical twins.

Your origin also has a strong influence on your chance of having twins. Asians and Hispanics have fewer chances of producing twins, whereas Africans are highly probable, followed by Europeans.

Yes, this is strange, but taller women are more likely than shorter ones to conceive with twins. Also, heavier women have higher chances than thinner women.

Women who have a well-nourished diet are at a higher probability of producing twins than those who have a reduced and low-fat diet.

A research study published by the American College of Obstetrics and Gynaecology states that the increasing rates of multiple births are due to increased rates of obesity. It found out that women with a body mass index (BMI) of 30 and above are more likely to produce twins. This holds true for only fraternal twins.

4. Maternal age:
Your chance of having twins or more babies increases with advancing age. Women above 35 years produce more FSH (follicle stimulating hormone) than younger women. This hormone allows the ovaries to release eggs for ovulation. The higher the hormone levels, the more are the eggs released during ovulation, thereby resulting in multiple fetuses.

5. More pregnancies:
If you had multiple pregnancies before, there is a high chance of producing twins. The probability of twins improves with increasing number of pregnancies.

Best Ways To Get Pregnant With Twins Naturally:
If you want to try for twins the natural way without resorting to any treatments, try these options out:

1. Consume dairy products:
According to research by Dr. Gary Steinman et al., eating dairy products is correlated to multiple pregnancies. Women who eat dairy have five times more chances to produce twins than women who do not consume these products. Some scientists believe that it is not just the dairy products, but also growth hormones present in milk (dairy from growth hormone-treated cows) help in having twins.

2. Eat wild yams:
Wild yams hyper-stimulate the ovaries, resulting in the release of more than one egg for ovulation. It will, therefore, increase your chances of producing twins. African women have better chances for twins because they consume it as a part of their ethnic diet. Yoruba tribe in West Africa has the highest twinning rate.

3. Stop birth control pills:
Birth control pills play a pivotal role in helping you conceive twins naturally. When you stop taking the birth control medication, your body takes some time to find its natural rhythm. It causes the body to have a higher hormone flux, than normal. If you try conceiving around this time, there will be a greater chance of having twins.

4. Pregnancy while breastfeeding:
If you still breastfeeding your toddler and get pregnant again, you are more likely to have twins. Your body produces a higher percentage of prolactin during the breastfeeding phase, and it increases your chances of conceiving twins.

5. Have your partner eat zinc rich foods:
Foods rich in zinc like green leafy vegetables, oysters, bread, and seeds stimulate sperm production. It, therefore, improves the probability of fertilizing more than one egg.

Best Sex Positions To Conceive Twins:
Though having twin babies is not in your hands, some sexual positions may increase your probability of having them.

1. Side by side:
It is also known as a doggy style where the woman will position by bending her knees, and her partner will penetrate from behind. In this position, the couple will be able to conceive twins as the cervix will be more approachable to the sperms.

2. Standing up position:
It is also another doggy style where there is a chance of deep penetration.

3. Missionary position:
The man-on-top position helps the sperm to enter the egg easily, and it is the best sex position to produce twins.

4. Rear entry position:
Here, the partner enters from behind, and in this position, the sperm remains close to the cervix of the woman.

IVF ((In vitro Fertilization):
Women who undergo IVF have 20 to 40% chances of giving birth to more than one baby. However, it mainly depends on the number of embryos placed in the uterus. There is also evidence that women undergoing treatments like IVF have fair chances of giving identical twins.

IUI (Intrauterine Insemination):
In this procedure, the sperms are injected into the uterus using a syringe. However, IUI alone will not increase the chances of having multiples. Women who undergo this treatment also take fertility drugs to increase the likelihood.

Fertility Supplements To Get Pregnant With Twins:
Pills and supplements could slightly improve the chances of getting pregnant with twins.

New study reports that women undergoing IVF treatments along with excess intake of folate have increased the likelihood of birthing twins.

2. Gonadotropin:
These medications improve the chances of having twin babies as they enhance the overall health of eggs and their maturity. Gonadotropins stimulate the release of more than one egg at a time. Your doctor can prescribe the right one for you.

3. Progesterone:
Progesterone strengthens the lining of the uterus, therefore improving the chances of conceiving twins. When more than one egg gets fertilized, there would be a greater chance for them to attach to the uterus wall, and produce a healthy twin pregnancy.

In most cases, these fertility pills can only produce fraternal twins but not identical as pills can increase multiple eggs to release at a time.

Fertility Herbs For Twins:
There are also certain herbs which help improve fertility, in particular with the conception of twins or multiples.

1. Evening primrose oil:
Primrose oil is famous for its fertility boosting property from centuries. It helps in promoting healthy production of the cervical mucus that flows in the reproductive tract. Healthy mucus allows the sperm to survive for longer days within the ovary. It is advisable to take evening primrose oil at the peak time of menstruation and continue it up to ovulation.

2. Licorice:
This sweet herb regulates the menstrual cycle and makes it easier for you to keep track of your ovulation days. Licorice helps in controlling the hormonal level of testosterone and estrogen, thus supporting the entire process of conception.

3. Flaxseed oil:
Flaxseed oil possesses a great ability to boost fertility in women and increases your chances of conceiving twins naturally. It regulates the hormonal production and maintains a regular menstrual cycle. It ensures a proper balance of progesterone and estrogen hormones.

4. Sweet cassava:
It is the most efficient herbal supplement, known for its effect on fertility. It increases your chances of having twins by its hyper-ovulation property. The potent phytoestrogens present in cassava help in regulating the female hormones.

5. Black cohosh:
This traditional herb can effectively alleviate the symptoms associated with pre-menstrual syndrome (PMS) and menopause. The herb strengthens the uterine muscles and is beneficial for women with weak pelvic floors . Though it does not directly increase the chances of having twins, it improves fertility rates, which may increase the probability of twin babies.

6. Vitex (chaste tree berry):
Vitex helps in treating females suffering from polycystic ovary syndrome (PCOS). The herb helps in regulating the hormone levels, reduces the levels of androgens that contribute towards PCOS and helps in promoting healthy ovulatory function. Vitex helps in the prevention or reduction of ovarian cysts in females. It is useful in improving the probability of twin babies as there is a chance for the woman to double ovulate.