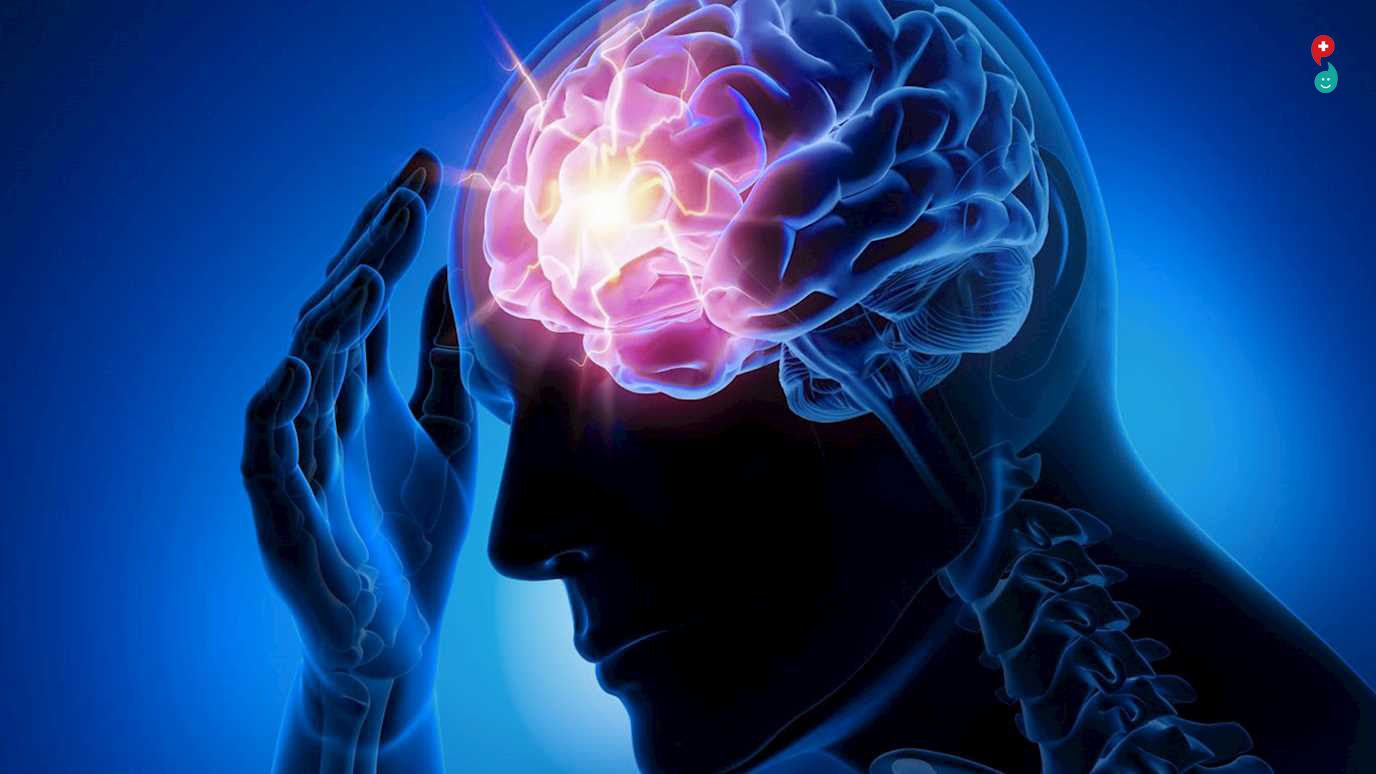 What is West syndrome (infantile spasms)?
Infantile spasms are a type of epilepsy with a characteristic age of onset (typical age when seizures start), the pattern of seizures and electroencephalogram (EEG). This means that it is an ‘electroclinical epileptic syndrome’. The syndrome is called ‘West syndrome’ after Dr West, who first described the condition in his 4-month-old son in 1841. This type of epilepsy occurs in about one in 2,500-3,000 children.

What are the symptoms?
In 9 out of 10 children with the condition, infantile spasms occur in the first year of life, typically between 3 and 8 months old. To begin with, the attacks are usually brief and infrequent and do not occur in clusters. Therefore it is quite common for the diagnosis to be made late. The parents may initially be told their infant has colic because of the pattern of the attacks and the cry that a child gives during or after an attack.

The typical pattern is of a sudden flexion (bending forward) in a tonic (stiffening) fashion of the body, arms and legs. Sometimes, the episodes are different, with the arms and legs being flung outwards (these are called ‘extensor’ spasms). Usually, they affect both sides of the body equally.

Typically, each episode lasts just 1 to 2 seconds; there is then a pause for a few seconds followed by a further spasm. While single spasms may happen, infantile spasms usually happen in ‘runs’ or ‘clusters’ of several in a row. It is common for babies who have infantile spasms to become irritable and for their development to slow up or even to go backwards until the spasms are controlled. These babies can also behave as if they cannot see. These problems can improve if the spasms can be controlled and the EEG improves.

What is the diagnosis for West syndrome (infantile spasms)?
The diagnosis of infantile spasms is made by a combination of the typical features with a typical EEG. The EEG shows a much disorganised pattern called ‘hypsarrhythmia’. The EEG is always abnormal in children with West syndrome but sometimes this abnormality is seen only during sleep. Infantile spasms, like many other ‘electroclinical syndromes’, have lots of different causes. A particular cause will be found in 7 or 8 out of every 10 children with West syndrome. A video of the spasms is also very helpful.

Most children with infantile spasms will need a number of tests apart from the EEG. These include brain scans, blood tests, urine tests and, sometimes, spinal fluid and other tests in order to try to identify the underlying cause. The most important brain scan is the magnetic resonance imaging (MRI) scan.

What are the treatment options?
The main treatments used are corticosteroids or vigabatrin (Sabril). Nitrazepam and sodium valproate (Epilim) may also be used. There are different types of steroid that can be used. These are prednisolone (given by mouth), hydrocortisone (given by mouth or sometimes by injection) or tetracosactide (given by an intramuscular injection). Steroids must be used carefully as this treatment may cause some unpleasant side-effects. Vigabatrin may also be associated with some side-effects. Ketogenic dietary therapy (often called the ketogenic diet) may also be helpful for some infants. There may be research studies open that are relevant to this epilepsy syndrome. Your child’s doctor will be able to discuss this with you.

In some children, infantile spasms respond easily to treatment, whereas in others they keep on happening. Most children unfortunately go on to have other kinds of seizures in later childhood including an epilepsy syndrome called Lennox-Gastaut syndrome. Most children also have learning difficulties and these may be mild or severe. The long-term outlook for West syndrome, for both the spasms stopping and the child’s development and learning, depends mainly on the cause of the syndrome.

What is common wart?
Common warts are small, grainy skin growths that occur most often on your fingers or hands. They are rough to the touch; common warts also often feature a pattern of tiny black dots, which are small, clotted blood vessels. Common warts are caused by a virus and are transmitted by touch. It can take a wart as long as two to six months to develop after your skin has been exposed to the virus. Common warts are usually harmless and eventually disappear on their own. But many people choose to remove them because they find them bothersome or embarrassing.

What are the symptoms?
Common warts usually occur on your fingers or hands and may be:
Small, fleshy, grainy bumps
Flesh-colored, white, pink or tan
Rough to the touch
Sprinkled with black pinpoints, which are small, clotted blood vessels

When to see a doctor?
See your doctor for common warts if:
The growths are painful or change in appearance or color
You've tried treating the warts, but they persist, spread or recur
The growths are bothersome and interfere with activities
You aren't sure whether the growths are warts
You are an adult and numerous warts begin to appear, which may indicate the immune system is malfunctioning

What causes Warts?
Common warts are caused by the human papillomavirus (HPV). The virus is quite common and has more than 150 types, but only a few cause warts on your hands. Some strains of HPV are acquired through sexual contact. Most forms, however, are spread by casual skin contact or through shared objects, such as towels or washcloths. The virus usually spreads through breaks in your skin, such as a hangnail or a scrape. Biting your nails also can cause warts to spread on your fingertips and around your nails.
Each person's immune system responds to the HPV virus differently, so not everyone who comes in contact with HPV develops warts.

What are the risk factors for Warts?
People at higher risk of developing common warts include:
Children and young adults, because their bodies may not have built up immunity to the virus
People with weakened immune systems, such as those with HIV/AIDS or people who've had organ transplants

What are the prevention options?
To reduce your risk of common warts:
Avoid direct contact with warts. This includes your own warts.
Don't pick at warts. Picking may spread the virus.
Don't use the same emery board, pumice stone or nail clipper on your warts as you use on your healthy skin and nails. Use a disposable emery board.
Don't bite your fingernails. Warts occur more often in skin that has been broken. Nibbling the skin around your fingernails opens the door for the virus.
Groom with care. And avoid brushing, clipping or shaving areas that have warts. If you must shave, use an electric razor. 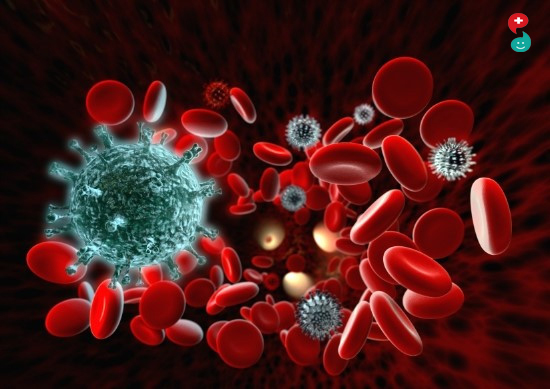 Neuropathic pain, or nerve pain, is one of the most intense types of chronic pain, often
described as sharp, stinging, or burning. It is pain caused by damaged nerves or a problem
with the nervous system. While neuropathic pain can be debilitating, the upside is that there
are medications to treat it, and they work by changing the way the brain interprets pain.
Symptoms
There are many terms used to describe neuropathic pain, such as:
Sharp
Shooting or "electrical shock"
Burning or "hot"
Tingling, "pins and needles," or "prickling"
Stabbing
Neuropathic pain can occur all the time or come in spurts. Likewise, neuropathic pain can
range in intensity from being mild and nagging to severe and disabling.
Interesting, neuropathic pain tends to be worse at night, which may disrupt your sleep. It also
tends to flare at rest, which may affect relaxation or meal time. Overall, the negative impact
neuropathic pain has on one's quality of life can lead to psychological problems, such as
depression and anxiety.
Causes
There are many reasons why a person may develop neuropathic pain. For instance, some
types of neuropathic pain are caused by medications, like certain chemotherapies. Others
may be the result of a disease that affects the nervous system, like Guillain-Barré syndrome,
cancer, multiple sclerosis, multiple myeloma, alcoholism, and HIV.
Neuropathic pain is also common in diseases that attack sensory nerves, such as diabetes,
and in conditions where certain nerves are inflamed or compressed, as in carpal tunnel
syndrome or sciatica. Nerve pain may also result from trauma, like with spinal cord injury,
where nerves are damaged or severed.
Phantom limb pain is another neuropathic pain disorder in which pain feels as if it is coming
from a limb that was amputated.
Unfortunately, some types of neuropathic pain have an unknown origin or a cause that is not
completely understood. Reflex sympathetic dystrophy (CRPS) is an example. Though the
cause may not be fully known, the pain is very real.
Diagnosis
The diagnosis of neuropathic pain requires a detailed medical history and physical
examination, which are often enough to determine the "why" behind a person's neuropathy.
However, sometimes the diagnosis requires an evaluation by a specialist, like a neurologist.
In this instance, the diagnosis may require more testing including blood tests, nerve tests like
an electromyography (EMG), or imaging tests, like magnetic resonance imaging (MRI) of the
brain or spinal cord.
Treatment
Treatment of neuropathic pain first entails addressing the underlying problem. For example, if
a person has neuropathic pain from diabetes, optimizing blood sugar (glucose) control is an
essential next step. Bear in mind, though, enhanced glucose control cannot generally reverse
the neuropathy, although it can prevent it from getting worse and ease current symptoms.
As another example, if a medication is causing debilitating nerve pain, removal or a decrease
in the dose of the offending drug may be all that is needed.
First-Line Medications
Besides treating the underlying problem, medication is often needed to manage neuropathic
pain.
For the vast majority of patients, treatment of neuropathic pain involves taking one of the
following:
An antidepressant like Cymbalta (duloxetine) or Elavil (amitriptyline)
An anti-seizure medication like Neurontin (gabapentin) or Lyrica (pregabalin)
In terms of side effects, nausea is the most common side effect of Cymbalta. Elavil generally
poses more of a problem, mostly because of its risk for heart toxicity, as well as other
bothersome side effects, including:
Dry mouth
Constipation
Urinary retention
Lightheadedness or dizziness when standing up
Neurontin may cause dizziness, tiredness, confusion, and swelling in the lower legs.
Lyrica may cause dizziness, tiredness, dry mouth, swelling, and blurry vision.
Second-Line Medications
Opioids like Vicodin (hydrocodone/paracetamol) and Percocet (oxycodone/acetaminophen)
are not as effective for treating neuropathic pain and, thus, are considered second-line
treatments. In addition to their questionable benefit, opioids are associated with several side
effects.
The potential side effects of opioids may severely affect a person's quality of life and include:
Nausea and vomiting
Constipation
Itching
Dry mouth
Urinary retention
Drowsiness
Memory and thinking problems
Slowed breathing
In addition to these side effects, there is a nationwide concern for opioid addiction and abuse,
which must be considered.
Unique Therapies
There are some types of neuropathic pain that may require a unique treatment plan.
For instance, if a person's neuropathic pain is localized, as is often the case in postherpetic
neuralgia, a topical (on the skin) therapy, like a lidocaine patch may be used.
In other instances, surgery may be necessary—for example, to release a compressed nerve,
as in carpal tunnel syndrome. In the case of a herniated disc, in which an inflamed spinal
nerve is a culprit behind the pain, an epidural steroid injection into the spine is sometimes
performed.
Lastly, sometimes certain medications are used to treat specific neuropathic pain conditions.
A classic example is trigeminal neuralgia, which is characterized by severe, stabbing neck
and facial pain. This disorder is treated with the anti-seizure medication, Tegretol
(carbamazepine) or Trileptal (oxcarbazepine) 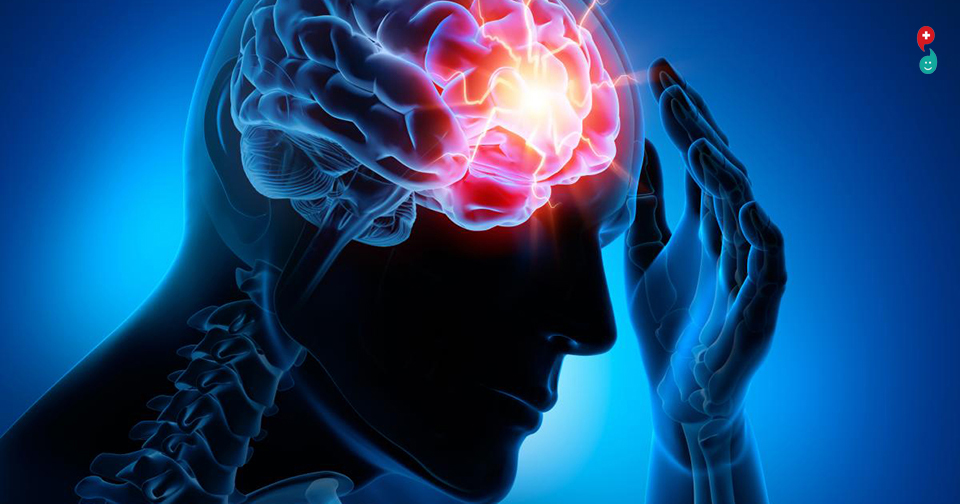