All health and nutrition experts as well as doctors recommend only breast milk for infants as it is considered the complete meal for the baby. Breast milk is said to have antibodies that are important for the baby's immune system to fight off bacteria and viruses. This is why it is said to be imperative that mothers feed their babies in the initial few months after birth. A new study has further shed light on why human breast milk is better for the babies than cow's milk or baby formula. The study has found that the presence of a small molecule called glycerol monolaurate (GML) is the reason why breast milk has anti-inflammatory and antimicrobial properties. The study revealed that the molecule is present in much larger concentrations in breast milk as compared to bovine milk.

The study report titled, "Glycerol Monolaurate Contributes to the Antimicrobial and Anti-inflammatory Activity of Human Milk" was published in the journal Scientific Reports. The study demonstrated the GML concentration in breast milk was 3000 micrograms per millitre, as compared to just 150 micrograms per millitre in cow's milk. Infant formula milk had no GML presence whatsoever, said the study. The researchers also tested the action of GML against bacteria namely Staphylococcus aureus, Bacillus subtilis, Clostridium perfringens, Escherichia coli. It was found that human breast milk was the most anti-microbial against the bacteria tested.Furthermore, the researchers also found that when GML was removed from the milk, there was a loss of antibacterial activity against pathogenic elements.

The fast-paced life of today has led to a steep rise in the trend of eating fast food. Lack of time and energy leaves little scope for proper nutrition and exercise. The sedentary lifestyle that we live now involves unhealthy foods, most of which are high in calories. Whether you are eating a restaurant or cooking at home, many products used in our meals are calorie-rich. Evidently, such ruinous eating habits are detrimental for overall health. An Australian study claims that a diet with high-calorie foods may give rise to diabetes and may also impact brain health. The study also revealed that people consume an average of 650 extra kilo calories more per day than what they consumed 50 years ago. The same amount of calories are present in a fast food meal of burger, fries and soft drink.

Nicolas Cherbuin, a professor at the ANU Centre for Research on Ageing, Health and Wellbeing, remarked, "People are eating away at their brain with a really bad fast-food diet and little-to-no exercise. We've found strong evidence that people's unhealthy eating habits and lack of exercise for sustained periods of time puts them at serious risk of developing type 2 diabetes and significant decline in brain function, such as dementia and brain shrinkage."

As per the findings of the study, a large chunk of the global adult population (around 30 per cent) is either overweight or obese. It also warned that by the year 2030, over 10 per cent may be afflicted by type 2 diabetes.

"People eating too much of the wrong kind of food, particularly fast food, is the other big worry. The damage done is pretty much irreversible once a person reaches midlife, so we urge everyone to eat healthy and get in shape as early as possible - preferably in childhood but certainly by early adulthood," added Cherbuin.

It was a known fact there was a relationship between type 2 diabetes and deterioration of brain function. The study discovered that loss of neurons and their functioning begin early in life, establishing a clear association between junk food and brain deterioration.

Coffee May Not Be As Bad For Heart As Perceived: Study

If arteries become stiff, it may hinder your blood flow. Obstructed blood flow could lead to stroke or attack. Dr Kenneth Fung, who led the data analysis for the research at Queen Mary University of London, said "Despite the huge popularity of coffee worldwide, different reports could put people off from enjoying it. Whilst we can't prove a causal link in this study, our research indicates coffee isn't as bad for the arteries as previous studies would suggest.

"Although our study included individuals who drink up to 25 cups a day, the average intake amongst the highest coffee consumption group was five cups a day. We would like to study these people more closely in our future work so that we can help to advise safe limits."

Of the 8,412 participants who underwent MRI heart scans and infrared pulse wave tests, the research showed that moderate and heavy coffee drinkers were most likely to smoke, consume alcohol regularly and were male.

Professor Metin Avkiran, Associate Medical Director at the British Heart Foundation, said, "Understanding the impact that coffee has on our heart and circulatory system is something that researchers and the media have had brewing for some time."

"There are several conflicting studies saying different things about coffee, and it can be difficult to filter what we should believe and what we shouldn't. This research will hopefully put some of the media reports in perspective, as it rules out one of the potential detrimental effects of coffee on our arteries. 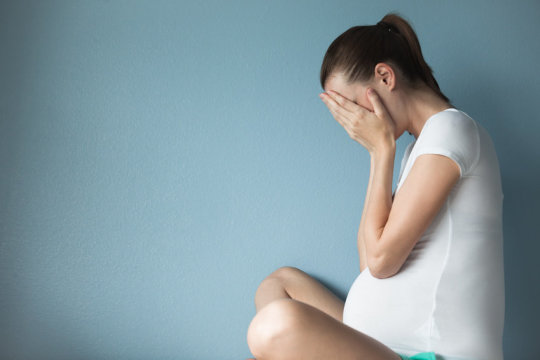 Women who need treatment for depression or anxiety while pregnant may find reassurance in a new study. The new research found no increased risk of autism associated with using antidepressant medication during pregnancy.

The study’s key findings include:

Use of selective serotonin reuptake inhibitors (SSRIs) in pregnancy was not independently associated with greater risk of autism in children.
In women who had taken SSRI antidepressants during one pregnancy and not in another, there was no difference in autism risk between the siblings.
There was no difference in autism risk between children whose mothers took SSRI antidepressants in pregnancy, and children whose mothers stopped taking antidepressants shortly before pregnancy.
The study was published in JAMA on April 18, 2017, and included 35,906 births in Ontario from 2002 to 2010. The results may help women make decisions about treatment for depression or anxiety while pregnant.

“There is a great deal of pressure on women not to take medications during pregnancy,” says study author Dr. Simone Vigod, a psychiatrist at Women’s College Hospital. She notes that while it is important to weigh the risks and benefits of any medication, it’s also important to consider the effects of not treating a condition.

“I think people fail to consider that untreated mental illness in pregnancy can have serious impact,” she says.

Some of the risks of untreated depression or anxiety in pregnancy include:

Effects on the baby either directly through the illness itself, or through symptoms like poor sleep or poor nutrition that can affect the fetus.
The longer mental illness is untreated, the harder it can be to treat, and the higher the risk of chronic mental illness.
It may have a negative impact on the woman’s relationships with her partner and her other children.
The biggest risk factor for postpartum mental illness is untreated mental illness during pregnancy.
The study counters earlier research that suggested a possible link between antidepressant use in pregnancy and autism risk in children. Dr. Vigod says the new research used a more detailed approach to ensure an accurate comparison.

“The problem with those earlier studies is that for women who take antidepressant medications during pregnancy, there’s some reason why they’re taking the medication: they suffer from depression or anxiety,” she says.

That alone means there may be differences between these women and those not taking antidepressants, so a simple comparison of autism rates may be very misleading.

The symptoms of anxiety and depression may also have an effect on pregnancy.

All of those issues make it hard to isolate the possible effects of antidepressant medications from the potential effects of mental illness.

“We set out to try to balance out the groups to better understand whether this was a causal relationship or not,” Dr. Vigod says.

To do that, she and her research colleagues used a special method called high dimensional propensity score (HDPS) analysis. This method looks for thousands of different types of health claims, from diagnoses and prescriptions to hospital stays and emergency department visits. The HDPS score of the women who took antidepressants in pregnancy was then matched to a more balanced group of women with a similar score, but who did not take antidepressants in pregnancy.

“When we did that in our main analysis, suddenly there was no longer an association between antidepressant exposure and autism,” Dr. Vigod says.

The researchers then looked at some of the results more closely.

First, they identified women who had at least two children, and who had taken antidepressants in at least one pregnancy and not in another. They compared autism risk in the siblings, and found no difference between the children exposed to antidepressants and those who weren’t.

“Again, in that analysis those children were not significantly different in their autism risk,” Dr. Vigod says.

These additional comparisons support the main study result: the findings showed no evidence that antidepressants in pregnancy are independently related to autism risk in children.

“What that suggests is that while kids whose moms took antidepressants may be at higher risk of autism, it’s probably not because of the antidepressants,” Dr. Vigod says.

“While we can never say that any medication exposure has zero risk, in general these medications are relatively low risk, so if women require them for their psychiatric stability, they can feel reassured that they are not unduly putting their children at risk.”

The study results may also be reassuring to mothers of children with autism who may have used antidepressants during pregnancy.

“These results may also be reassuring for those parents, to say that your child having autism isn’t a result of a decision you made,” Dr. Vigod says. “I think that can be very helpful, too.”

Anaesthesia does not lower IQ in children 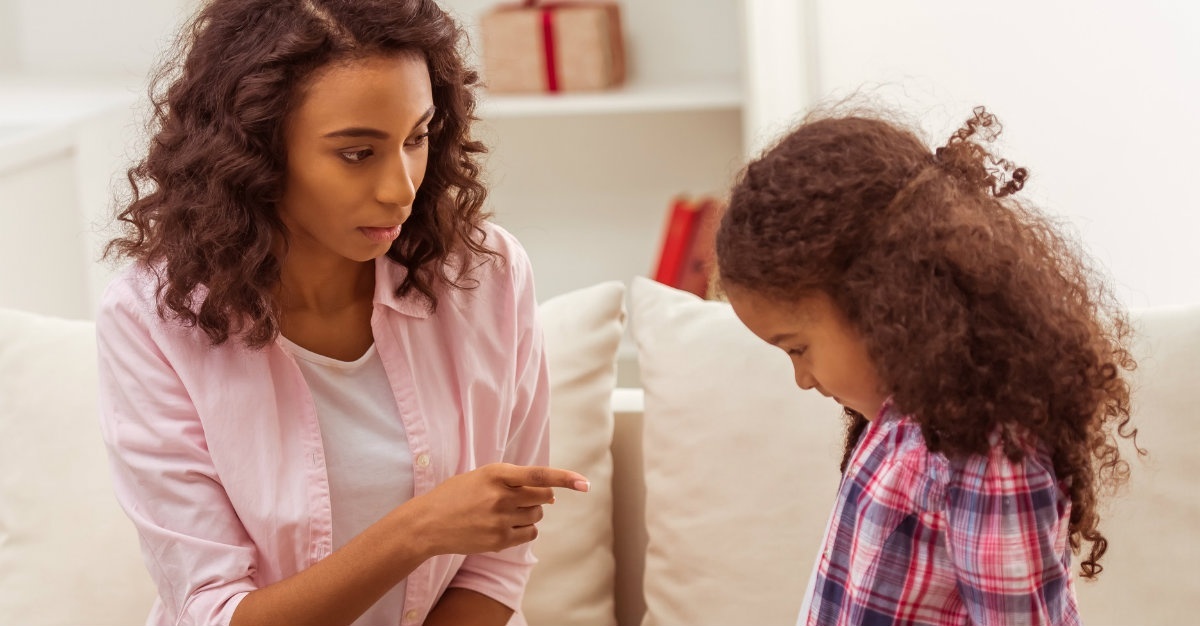 There is no evidence to prove that children below three years of age who were given anaesthesia had lower intelligence level than those who did not have it, say researchers.

In 2016, US Food and Drug Administration (FDA) had warned that prolonged or repeated sedation before age three may affect brain development.

However, the warning was based largely on data from animals, which may or may not apply to children, said the researchers from Mayo Clinic in Minnesota.

The new study, published in the journal Anaesthesiology, showed that intelligence, memory and several other measures of brain function were similar among those who received anaesthesia and did not.

"For the majority of kids undergoing surgery, the results overall are reassuring," said lead author David Warner, a paediatric anaesthesiologist at Mayo Clinic.

"About 80 per cent of kids who need surgery under age three only need one and it's relatively brief," he added.

However, for those with multiple exposures to anaesthesia had modest declines in fine motor skills, but their parents reported more learning and behavioural problems.

Parents whose children had anaesthesia once under age 3 reported more problems with mental skills known as executive functions -- skills that help with memory, impulse control, planning and flexibility -- but not with other behaviours, the findings showed.

For the study, the team studied 997 people who had anaesthesia exposures before their third birthdays.

Beyond their anaesthesia exposure, the three groups of patients were matched to be as similar as possible, the results revealed.

Several other studies also show little evidence that a single anaesthetic is associated with significant harm.

"Although we do have some concerns about the children who are receiving multiple anaesthetics, it's important to note that our results don't allow us to conclude that anaesthesia itself is causing problems," Warner said, adding that other factors, such as the conditions that make surgery necessary, could contribute.

"However, the fact that we found some problems in some of these children means that research in this area needs to continue, including further analysis of our data," he added.