Ways To Manage Hysterectomy With Ayurveda! 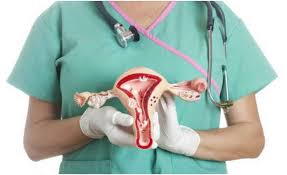 A surgical procedure, in which a woman's uterus is removed is referred to as a hysterectomy. The need for this operation can arise due to various reasons, which include:

Uterine prolapse, which is characterised by a shifting of the position of the uterus, wherein it enters the vaginal canal
Ovarian cancer, cervical cancer or endometrial cancer
Vaginal bleeding that cannot be characterised as normal
Endometriosis
Development of a condition, in which the uterus thickens and is known as adenomyosis
Chronic pain in the pelvic region

In Ayurveda, the uterus is associated with the Pitta dosha (fire element), and is considered to be a storehouse of metabolic fire. In fact, this is the reason why after a hysterectomy is performed, a woman generally loses the zest for life along with her creativity and feels demotivated, depressed, sentimental or lethargic. But Ayurveda can help in regaining your vitality post hysterectomy. Here's how:

The role of Ayurveda in hysterectomy:

In Ayurveda, the greatest healer of hysterectomy is the herb Shatavari (asparagus racemosus). This herb is known to balance out the Pitta Dosha, which is associated with the uterus. Not only that, this herb, whose name roughly means "a woman who has a 100 husbands," is extremely vital in reducing stress and in increasing Ojas (or vitality). It also helps in building stamina and increasing strength post surgery, while helping in maintaining a normal hormonal balance. A woman will also experience an increase in her Sattva (or positivity) with the help of this herb.

However, just after surgery, a woman is advised to have arjuna and turmeric as they are enriched with healing properties. A combination of other herbs along with Shatavari can help in calming the mind and keep fluctuating emotions in check. These other herbs include saffron, aloe vera, calamus, gotu kola, bhringraj, and brahmi rasayana or jatamansi.