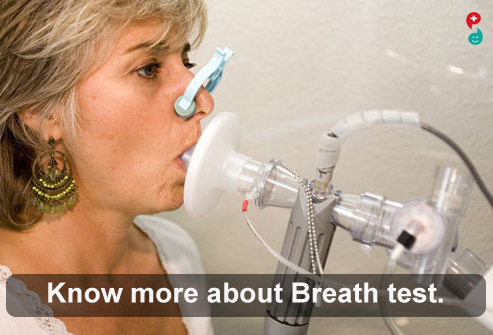 How is hydrogen breath testing performed?
Prior to hydrogen breath testing, the patient fasts for at least 12 hours. At the start of the test, the patient blows into and fills a balloon with a breath of air. The concentration of hydrogen is measured in a sample of breath removed from the balloon. The patient then ingests a small amount of the test sugar (lactose, sucrose, sorbitol, fructose, lactulose, etc. depending on the purpose of the test). Additional samples of breath are collected and analyzed for hydrogen every 15 minutes for up to five hours.

How are the results of hydrogen breath testing interpreted?
The interpretation of the results of hydrogen breath testing depends on the sugar that is used for testing, and the pattern of hydrogen production after the sugar is ingested. After ingestion of test doses of the dietary sugars lactose, sucrose, fructose or sorbitol, any production of hydrogen means that there has been a problem with digestion or absorption of the test sugar and that some of the sugar has reached the colon. When rapid intestinal transit is present, the test dose of non-digestible lactulose reaches the colon more quickly than normally, and, therefore, hydrogen is produced by the colonic bacteria soon after the sugar is ingested.
When bacterial overgrowth of the small bowel is present,ingestion of lactulose results in two separate periods during the test in which hydrogen is produced, an earlier period caused by the bacteria in the small intestine and a later one caused by the bacteria in the colon.


What are the limitations of hydrogen breath testing?
For unclear reasons, testing for bacterial overgrowth of the small bowel with lactulose can diagnose only 60% of cases. In addition, with bacterial overgrowth there may be an overlap of the early and later periods of hydrogen production that can be misinterpreted as a single period characteristic of rapid intestinal transit. Finally, some normal individuals may have slow transit through the small intestine making prolonged testing - up to 5 hours - necessary, and many individuals are unwilling to undergo such prolonged testing.
Some individuals do not have bacteria that produce hydrogen, and in these individuals hydrogen breath testing is not possible. Most of these individuals have bacteria that produce a different gas, methane. (There are individuals who produce both hydrogen and methane.) Methane can be measured in the breath just like hydrogen, and the production of methane can be used for diagnosis in the same way as hydrogen. There is much less experience with methane, however, and the production of methane is more complex than the production of hydrogen. Therefore, it is not clear if the pattern of methane production after ingestion of sugars can be interpreted in the same way as hydrogen production, particularly for the diagnosis of bacterial overgrowth.
A pattern of hydrogen production that is typical for bacterial overgrowth does not necessarily mean that an individual's symptoms are caused by the overgrowth. For example, there may be anatomic abnormalities of the small intestine such as narrowing or functional abnormalities in the way the muscle of the small intestine works. These abnormalities can cause symptoms of bloating, distention, pain, and diarrhea themselves, but they also can lead to bacterial overgrowth with its similar symptoms. Therefore, it may be an underlying abnormality that is responsible for the symptoms and not the bacterial overgrowth. The only way to differentiate between the two causes of symptoms-an underlying problem or bacterial overgrowth - is to treat and eradicate the bacteria. If the symptoms disappear, then it is more likely that it is the overgrowth rather than the underlying abnormality that is responsible for the symptoms.
Any condition that results in the delivery of undigested or unabsorbed food to the colon may result in abnormal breath tests when dietary sugars are used for testing. Both pancreatic insufficiency and the condition called celiac sprue can cause abnormal breath tests, in the former instance because pancreatic enzymes that are necessary for the digestion of carbohydrates are missing, and in the latter instance because the lining of the small intestine is destroyed, and digested food cannot be absorbed. It may be necessary to exclude these causes of abnormal breath tests by additional tests-pancreatic function tests and small intestinal biopsy.

Are there other ways in which hydrogen breath testing can be used?
Antibiotics are used for treating bacterial overgrowth of the small bowel; however, any one antibiotic may be effective at eliminating the overgrowing bacteria only 50%-60% of the time. Therefore, if symptoms do not disappear in an individual following treatment with antibiotics, it may be useful to repeat the breath test to determine if the antibiotics have eliminated the bacteria. If not, a different antibiotic or non-antibiotic treatment can be tried.

What are the side effects of hydrogen breath testing?
The side effects of hydrogen breath testing are exactly what one would expect to see in individuals who poorly digest and absorb sugars and carbohydrates, for example, bloating, distention, pain, and diarrhea. When lactulose is used these symptoms are unlikely to occur or are mild because the dose of lactulose used for testing is small.

What are the alternatives to hydrogen breath testing?
For diagnosing lactose intolerance, an alternative procedure to breath testing requires blood samples to be taken after the ingestion of lactose. If the digestion and absorption of lactose is normal, the levels of glucose in the blood should rise. The elevation of blood glucose occurs because the lactose is broken down into its two component sugars, galactose and glucose, as it is absorbed into the blood. A second alternative is to give a dose of lactose (or other dietary sugar) and observe an individual for symptoms. If the individual is intolerant, bloating, distention, pain, flatulence, and diarrhea are likely to occur. A third alternative is a trial of a diet in which the potentially-offending sugar is strictly eliminated. 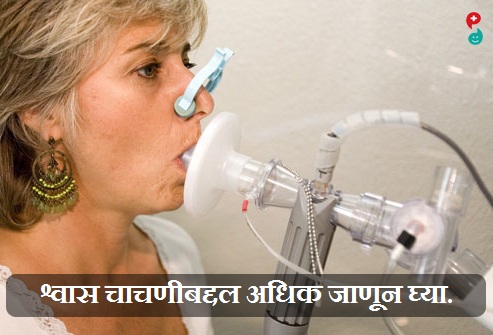