When to Call Your Gynecologist 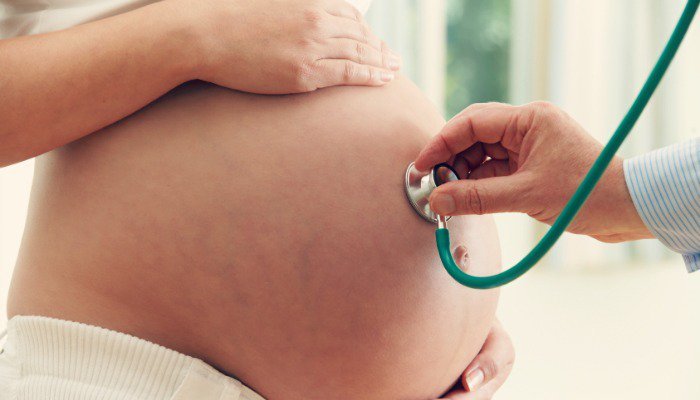 With the news that insurance companies will now be required to cover preventive health-care measures for women — including birth control, HPV screenings, and HIV counseling — it’s easier than ever to schedule regular checkups with your gynecologist.

Prevention is your best defense against future health problems, but you can’t always predict when or what types of issues may arise. So how do you know if your symptoms warrant a trip to the doctor? These potentially serious signs are among several that call for a visit, according to the U.S. Department of Health and Human Services (HHS).

Pelvic pain and abdominal discomfort. It’s important to tell your gynecologist what kind of pain you’re having. Does it come on suddenly or is it constant? This will help the doctor make a proper diagnosis. Sharp pelvic pain may be a warning sign that you have an infection, a ruptured ovarian cyst, or a dangerous ectopic pregnancy (a pregnancy growing outside the uterus), according to the American College of Obstetricians and Gynecologists (ACOG). More constant pain or a feeling of fullness in the abdomen are suggestive of uterine fibroids, which are non-cancerous tumors.
Another potential source of regular pelvic pain is endometriosis, a common condition in which the lining of the uterus grows outside the organ. “Endometriosis starts with pain during the menstrual cycle and can progress to become an ‘all the time’ pain as endometrial cells grow outside the uterus,” says Stephen Weiss, MD, MPH, Assistant Professor of Gynecology and Obstetrics at Emory University Hospital in Atlanta. The endometrial tissue bleeds during menstruation and can cause terrible pelvic pain. “There is no cure for endometriosis, but anything that makes periods shorter, lighter, or nonexistent can provide symptom relief,” says Weiss. One option is birth control pills, especially a brand called Seasonale, which limits menstrual periods to four times a year. Another choice is the drug Lupron (leuprolide), which lowers estrogen levels and can slow the growth of endometriosis. Your treatment will depend on how bad the pain is and whether you plan on getting pregnant. In addition to causing pelvic pain, the condition can lead to trouble having a baby. “There is no proof that early endometriosis is a cause of infertility, but high stage endometriosis can lead to fertility problems,” says Weiss.

Bleeding between periods/postmenopausal bleeding. Occasional spotting between periods shouldn’t set off any alarm bells. But when the bleeding lasts for days or is heavy and painful, it’s time to call your gynecologist. This could be a sign of an injury to the vagina, a miscarriage, or even cancer of the cervix or uterus, according to the National Institutes of Health (NIH). “If you’re having mid-cycle bleeding month after month, certainly call the doctor,” says Weiss. It is also important to check in with your doctor if you have stopped having periods due to menopause, but have begun bleeding again. This could be a sign of uterine cancer.

Problem periods/missed periods. It’s important to know what’s normal for you. “If you have had heavy periods for 15 years, you don’t have to call the doctor about it now,” says Weiss. But if you’re soaking through a sanitary pad or tampon every hour for two to three hours, or your bleeding has lasted longer than a week, your gynecologist needs to know. Uterine fibroids, an infection, or a thyroid problem could be to blame. “If you feel weak or dizzy during menstruation, you should call your doctor, no question about it,” says Weiss. Irregular or infrequent periods can be a symptom of an underlying condition such as polycystic ovary syndrome, a hormone imbalance problem, according to the NIH. A missed period could be a sign that you are pregnant, or that there is another medical condition requiring attention.

Unusual discharge or soreness in the genital area. Vaginal discharge is the body’s way of keeping the vagina clean and healthy. The thickness of discharge changes at different times of the month, depending on where you are in your menstrual cycle. But if you notice a yellow, green, or gray discharge that has a bad odor, it’s time to see your gynecologist, according to ACOG. Changes in discharge as well as itching and burning around your vagina could indicate some type of vaginitis. Two major culprits are yeast and bacterial infections, which can be treated with medication. Very painful genital sores could be a sign of herpes, says Weiss.

Painful sex. One of life’s greatest pleasures shouldn’t be painful. Pain during sex can be felt as deep pelvic pain or soreness in your genital area. Common causes are vaginal dryness, infections, or uterine fibroids, according to the NIH. Your gynecologist will likely perform a pelvic exam and tests to find out what’s wrong.

Problems with urination or bowel movements. Urinary incontinence or difficulty moving your bowels can be symptoms of pelvic floor problems. That’s when the tissues that support the pelvic organs become damaged or weakened, often due to childbirth. If the muscles are weak, your gynecologist may suggest special pelvic exercises, called kegels, to strengthen the area. But if there’s a tear, your gynecologist will suggest other treatment options.
When to See the Gynecologist: Resources

Experts say females who are sexually active and/or who are over 21 (whichever comes first) should see their gynecologist yearly for routine checkups and screenings. The sooner a problem is found, the sooner it can be treated.

Always pay attention to what your body is telling you. If you are experiencing any of these warning signs, your gynecologist can evaluate the problem and provide treatment to help you get back to feeling your best as soon as possible.