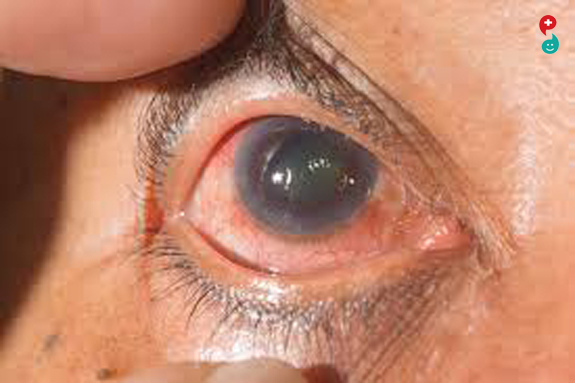 What Is Glaucoma?
Glaucoma is a condition that causes damage to your eye's optic nerve and gets worse over time. It's often linked to a buildup of pressure inside your eye. Glaucoma tends to be inherited and may not show up until later in life.

The increased pressure, called intraocular pressure, can damage the optic nerve, which transmits images to your brain. If the damage continues, glaucoma can lead to permanent vision loss. Without treatment, glaucoma can cause total permanent blindness within a few years.

Most people with glaucoma have no early symptoms or pain. You need to see your eye doctor regularly so she can diagnose and treat glaucoma before long-term visual loss happens.

If you’re over age 40 and have a family history of the disease, you should get a complete eye exam from an eye doctor every 1 to 2 years. If you have health problems like diabetes or a family history of glaucoma or are at risk for other eye diseases, you may need to go more often.

What Causes Glaucoma?
It’s the result of an intrinsic deterioration of the optic nerve, which leads to high fluid pressure on the front part of the eye.

Normally, the fluid, called aqueous humor, flows out of your eye through a mesh-like channel. If this channel gets blocked, the liquid builds up. The reason for the blockage is unknown, but doctors do know it can be inherited, meaning it’s passed from parents to children.

Less common causes include a blunt or chemical injury to your eye, severe eye infection, blocked blood vessels inside the eye, and inflammatory conditions. It’s rare, but sometimes eye surgery to correct another condition can bring it on. It usually affects both eyes, but it may be worse in one than the other.

What Are the Types of Glaucoma?
There are two main kinds:

Open-angle glaucoma. It’s the most common type. Your doctor may also call it wide-angle glaucoma. The drain structure in your eye -- it’s called the trabecular meshwork -- looks normal, but fluid doesn’t flow out like it should.

Angle-closure glaucoma. It’s less common in the West than in Asia. You may also hear it called acute or chronic angle-closure or narrow-angle glaucoma. Your eye doesn’t drain right because the drain space between your iris and cornea becomes too narrow. This can cause a sudden buildup of pressure in your eye. It’s also linked to farsightedness and cataracts, a clouding of the lens inside your eye.

Who Gets Glaucoma?
It mostly affects adults over 40, but young adults, children, and even infants can have it. African-Americans tend to get it more often, when they're younger, and with greater vision loss.

You’re more likely to get it if you:

Are of African-American, Irish, Russian, Japanese, Hispanic, Inuit, or Scandinavian descent
Are over 40
Have a family history of glaucoma
Have poor vision
Have diabetes
Take certain steroid medications, like prednisone
Have had trauma to the eye or eyes
What Are the Symptoms?
Most people don’t have any. The first sign is often a loss of peripheral, or side, vision. That can go unnoticed until late in the disease. That’s why glaucoma is often called the "sneak thief of vision."

Detecting glaucoma early is one reason you should have a complete exam with an eye specialist every 1 to 2 years. Occasionally, pressure inside the eye can rise to severe levels. In these cases, you may have sudden eye pain, headache, blurred vision, or the appearance of halos around lights.

If you have any of the following symptoms, seek immediate medical care:

Seeing halos around lights
Vision loss
Redness in the eye
Eye that looks hazy (particularly in infants)
Nausea or vomiting
Eye pain
Narrowed vision (tunnel vision)
How Is It Diagnosed?
Your eye doctor will use drops to open (he’ll call it dilate) your pupils. Then he’ll test your vision and examine your eyes. He’ll check your optic nerve, and if you have glaucoma, it will look a certain way. He may take photographs of the nerve to help him track your disease over time. He’ll do a test called tonometry to check your eye pressure. He’ll also do a visual field test, if necessary, to figure out if you've lost your side, or peripheral, vision. Glaucoma tests are painless and take very little time.

How Is Glaucoma Treated?
Your doctor may use prescription eye drops, laser surgery, or microsurgery to lower pressure in the eye.

Eye drops. These either reduce the formation of fluid in the eye or increase its outflow, thereby lowering eye pressure. Side effects may include allergies, redness, stinging, blurred vision, and irritated eyes. Some glaucoma drugs may affect your heart and lungs. Be sure to tell your doctor about any other medications you’re taking or are allergic to.

Laser surgery. This procedure can slightly increase the flow of the fluid from the eye for people with open-angle glaucoma. It can stop fluid blockage if you have angle-closure glaucoma. Procedures include:

Trabeculoplasty: Opens the drainage area
Iridotomy: Makes a tiny hole in the iris to let fluid flow more freely
Cyclophotocoagulation: Treats areas of the middle layer of your eye to reduce fluid production
Microsurgery. In a procedure called a trabeculectomy, the doctor creates a new channel to drain the fluid and ease eye pressure. Sometimes this form of glaucoma surgery fails and has to be redone. Your doctor might implant a tube to help drain fluid. Surgery can cause temporary or permanent vision loss, as well as bleeding or infection.

Open-angle glaucoma is most often treated with various combinations of eye drops, laser trabeculoplasty, and microsurgery. Doctors in the U.S. tend to start with medications, but there’s evidence that early laser surgery or microsurgery could work better for some people.

Infant or congenital glaucoma -- meaning you are born with it -- is primarily treated with surgery, because the cause of the problem is a very distorted drainage system.

Talk to your eye doctor to find out which glaucoma treatment is right for you.