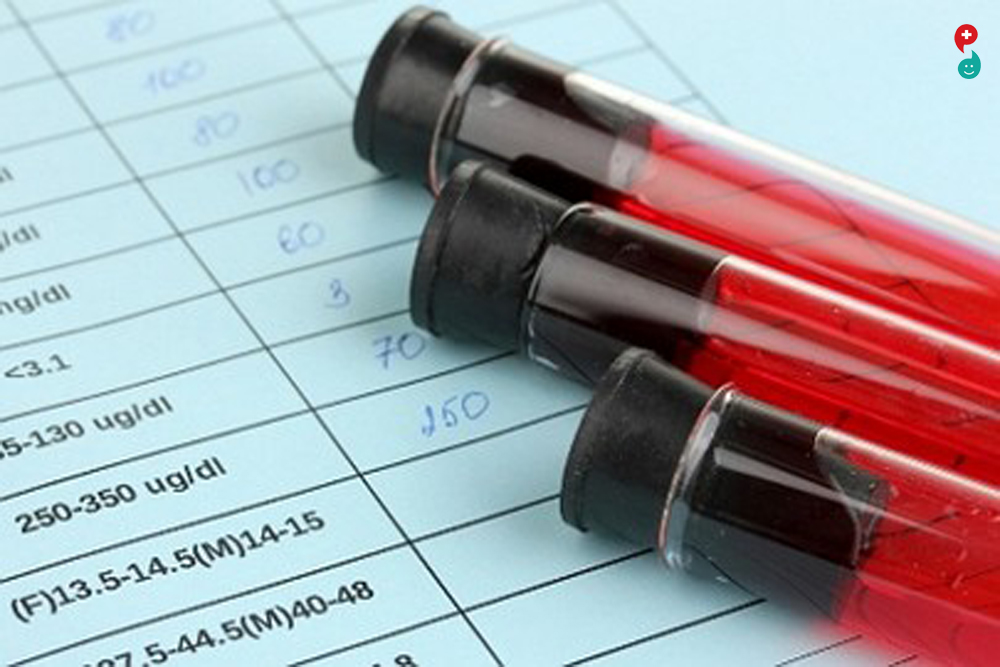 
Vitamin B12 and folate are two vitamins that are part of the B complex of vitamins. They are necessary for normal red blood cell (RBC) formation, repair of tissues and cells, and synthesis of DNA, the genetic material in cells. Both are nutrients that cannot be produced in the body and must be supplied by the diet.

Vitamin B12 and folate tests measure vitamin levels in the liquid portion of the blood (serum or plasma) to detect deficiencies. Sometimes the amount of folate inside red blood cells may also be measured.

Folate refers to a natural occurring form of the vitamin, whereas folic acid refers to the supplement added to foods and drinks. It is found in leafy green vegetables, citrus fruits, dry beans and peas, liver, and yeast. Vitamin B12, also called cobalamin, is found in foods from animals, such as red meat, fish, poultry, milk, yogurt, and eggs. In recent years, fortified cereals, breads, and other grain products have also become important dietary sources of B12 and folate (identified as "folic acid" on nutritional labels).

A deficiency in either B12 or folate can lead to macrocytic anemia, where red blood cells are larger than normal. Megaloblastic anemia, a type of macrocytic anemia, is characterized by the production of fewer but larger RBCs called macrocytes, in addition to some cellular changes in the bone marrow. Other laboratory findings associated with megaloblastic anemia include decreased white blood cell (WBC) count and platelet count.

B12 is also important for nerve health and a deficiency can lead to varying degrees of neuropathy, nerve damage that can cause tingling and numbness in the affected person's hands and feet.

Folate is necessary for cell division such as is seen in a developing fetus. Folate deficiency during early pregnancy can increase the risk of neural tube defects such as spina bifida in a growing fetus.

B12 and folate deficiencies are most often caused by not getting enough of the vitamins through the diet or supplements, inadequate absorption, or by increased need as seen in pregnancy:

Dietary deficienciesthese are uncommon in the United States because many foods and drinks are supplemented with these vitamins, which are stored by the body. Adults typically have several years' worth of vitamin B12 stored in the liver and about 3 months of stored folate. Dietary deficiencies do not usually cause symptoms until stores of the vitamins within the body have been depleted. B12 deficiencies are sometimes seen in vegans (those who do not consume any animal products) and in their breast-fed infants.
Inadequate absorption vitamin B12 absorption occurs in a series of steps. B12 is normally released from food by stomach acid and then, in the small intestine, is bound to intrinsic factor (IF), a protein made by parietal cells in the stomach. This B12-IF complex is then absorbed by the small intestine, bound by carrier proteins (transcobalamins), and enters the circulation. If a disease or condition interferes with any of these steps, then B12 absorption is impaired.
Increased need this can be seen with a variety of diseases and conditions. Increased demand for folate occurs when a woman is pregnant or nursing, in early childhood, with cancers, or with chronic hemolytic anemias.

How is the sample collected for testing?
A blood sample is obtained by inserting a needle into a vein in the arm.

Is any test preparation needed to ensure the quality of the sample?
Fasting for 6-8 hours before sample collection may be required. Certain medicines may affect the test results; your healthcare provider will advise you on which ones to stop taking. Ask your health practitioner or lab for specific instructions.
Vitamin B12 and folate are separate tests often used in conjunction to detect deficiencies and to help diagnose the cause of certain anemias, such as pernicious anemia, an autoimmune disease that affects the absorption of B12.

B12 and folate are two vitamins that cannot be produced in the body and must be supplied by the diet. They are required for normal red blood cell (RBC) formation, repair of tissues and cells, and synthesis of DNA, the genetic material in cells. B12 is essential for proper nerve function. (For more, see the "What is being tested?" section.)

B12 and folate tests may also be used to help evaluate an individual with an altered mental state or other behavioral changes, especially in the elderly. A B12 test may be ordered with folate, by itself, or with other screening laboratory tests such as a complete blood count (CBC), comprehensive metabolic panel (CMP), antinuclear antibody (ANA), C-reactive protein (CRP) and rheumatoid factor (RF) to help determine why a person shows signs and symptoms of a condition affecting nerves (neuropathy).

Additionally, B12 and folate tests may be used in conjunction with an assortment of other tests to help evaluate the general health and nutritional status of a person with signs and symptoms of significant malnutrition or dietary malabsorption. This may include people with, for example, alcoholism, liver disease, gastric cancer, or individuals with malabsorption conditions such as celiac disease, inflammatory bowel disease, or cystic fibrosis.

In those treated for known B12 and folate deficiencies, testing may be used to monitor the effectiveness of treatment. This is especially true for those who cannot properly absorb B12 and/or folate and must have lifelong treatment.

Folate levels in the liquid portion of blood (serum) can vary based on a person's recent diet. Because red blood cells store 95% of circulating folate, a test to measure the folate level within RBCs may be used in addition to or instead of the serum test. Some health practitioners feel that the RBC folate test is a better indicator of long-term folate status and is more clinically relevant than serum folate, but there is not widespread agreement on this.

Other laboratory tests that may be used to help detect B12 and folate deficiencies include homocysteine and methylmalonic acid (MMA). Homocysteine and MMA are elevated in B12 deficiency while only homocysteine, and not MMA, is elevated in folate deficiency. This distinction is important because giving folate to some who is B12-deficient will treat the anemia but does not treat the neurologic damage, which may be irreversible. 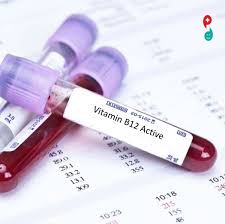