Side Effects of Green Tea: From Caffeine Overdose to Dehydration and More! 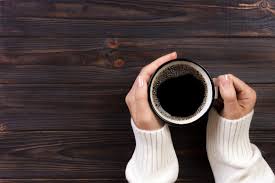 Green tea has long been touted as a 'weight-loss aid', a health drink for people struggling to lose weight. Experts vouch for two to three cups of green tea combined with a healthy diet plan in order to lose weight. Known for boosting metabolism and easing the process of digestion, it has been an amazing drink for many. However, as they say, anything in excess is bad, no matter how healthy a food it is. Does this wonder drink have any side effects? Can it cause any reverse effects in the body? How much green tea is enough to suit the daily requirement? Let's find out.According to Bangalore-based Nutritionist Dr. Anju Sood, "excess of green tea can dehydrate your body. Hence I wouldn't recommend more than three cups a day." Delhi-based Nutritionist Lokendra Tomar agrees, "Drinking excess amount of green tea increases acid in stomach due to high caffeine content. So drinking more than three cups of green tea can cause acidity, bloating, or acid reflux. Consuming excess green tea can also cause mineral deficiency, as it contains tannin that binds minerals like iron and further hinders its absorption in the body."

Here are some side effects of green tea -

Like any other tea, green tea consists of caffeine and excessive intake of caffeine can lead to health problems that include headache, sleeping disorders, irritability, anxiety and heartburn among others. Therefore, it is imperative to take not more than two or three cups a day.

Drinking green tea on an empty stomach can cause an upset stomach. Green tea has polyphenols known as tannins that increase stomach acid, which further leads to stomachache, nauseous feeling, burning sensation or even constipation. You must drink green tea in between meals or after a meal.

Green tea has catechins that are known to boost metabolism and help reduce weight; however, its excessive consumption can cause reduced iron absorption in the body. It can be worse for those who already have an iron deficiency. You can reduce this effect by squeezing some lemon into the tea.

Green tea is a natural diuretic, which causes the body to lose water, therefore drinking excessive green tea can cause excessive urination leading to dehydration and electrolyte imbalances. Dehydration further can cause problems like headaches, lethargy and fatigue.

5. Can Affect Those on Medications

While it is safe for healthy people to have at least two-three cups of green tea daily, it may not be deemed as safe for those on medications. Combining green tea with antibiotics, stimulants, asthma medications or any other drug can pose a risk of liver damage. It is recommended to refer to a doctor before turning to green tea during medications.

Green tea sure is a great aid to help you lose weight; however, moderation is the key here. In case of any doubts and confusions, it is always good to refer to a doctor and then take the recommended dose of green tea to avoid health problems in the long run.

Does Excessive Consumption Of Coffee Make You Gain Weight? 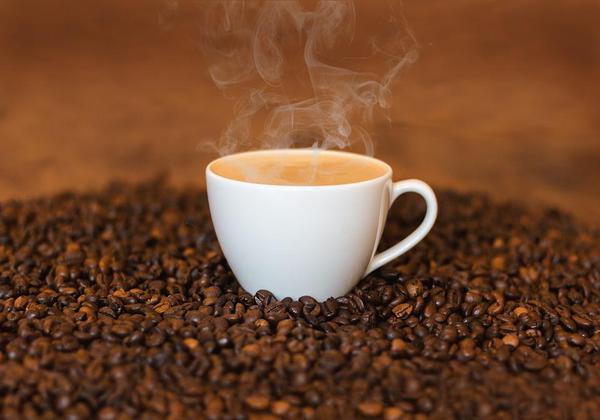 Talk about killing Monday blues and a caffeine fix comes to mind. Coffee is exactly what you need when your energy is ebbing, plus it is quick and easy to whip anywhere and at any time. This refreshing and energy-boosting elixir makes for one of the most revered beverages. While it is deemed as one of the best ways to kick-start your day, it is also blamed for packing up calories in your body. But, what is it that can be a plausible reason of gaining weight? We find out.What Does Coffee Do To Your Body?

Coffee contains a component called caffeine that is said to have various effects on your body. Caffeine is a natural stimulant that is also found in tea, soft drinks, ice-creams, chocolates, et al. It is known to work by stimulating the brain and central nervous system that helps you to stay alert and boost your energy levels.

Basically, when you consume coffee, the caffeine is immediately absorbed from the gut into the bloodstream. According to a report published in the Journal of Food Science, approximately 80 percent of the world's population consumes a caffeinated product every day.

Adding milk and sugar to your coffee may induce weight gain; unlike black coffee, which has fewer calories. According to a study published in the American Journal of Clinical Nutrition, getting extra caffeine in your diet is more likely to lead to weight loss than weight gain.

The reason is that caffeine may slightly increase your metabolism, further reducing the number of calories you eat. According to a study published in the Journal Obesity, participants in the study who drank a moderate amount of coffee ate less during the day as compared to those who consumed a smaller amount of coffee.

According to Dietitian and Nutritionist Parmeet Kaur, "Black coffee may increase your body metabolism and the rate of calorie burn leading to a weight loss. Caffeine is an energy booster, which helps you work harder for longer time. It's a calorie-burning effect after the meal as the body's ability to break down large food particles into the smaller ones, known as fat oxidation resulting into decreased weight."

How Much Coffee Should One Ideally Have In A Day?

According to Parmeet Kaur, "Caffeine shouldn't be overdosed. It is important to stick to just two to three cups of coffee per day. In fact, you can kick-start your day with black coffee to boost your energy levels." As per the U.S. Food and Drug Administration, your caffeine consumption should be limited to a moderate amount, somewhere around 100 and 200 milligrams per day. Excessive intake of caffeine may cause vomiting, irritability, nausea, headaches, bloating and drowsiness.

While coffee may be a good way to lose weight along with exercises and healthy diet, it is not recommended to add milk or sugar to it. Make sure you do not overdo on your caffeine fix; you don't want to see yourself bloating.