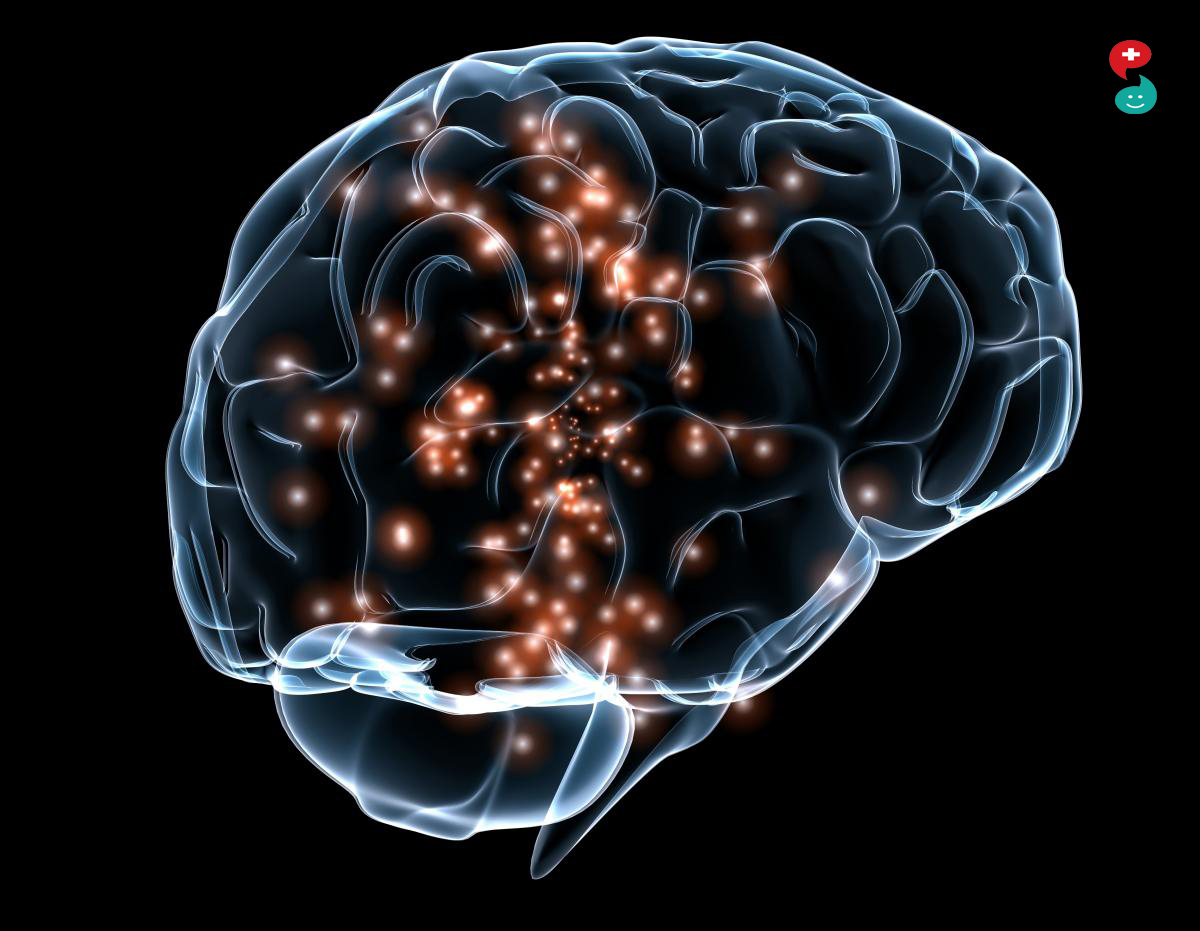 
Brain infections are relatively rare, but they are potentially serious and have a poor prognosis. The cornerstone of the diagnosis is cerebrospinal fluid (CSF) analysis. Imaging is not systematic, but the indications of imaging are broad, particularly when faced with suspected focal damage, depending on the characteristics of the patient (child, immunosuppressed patient, geographic origin, etc.). It is based on MRI, which allows for aetiological diagnosis and an extension evaluation. In addition, in a certain number of cases, the type of infection is not known and it is up to the MRI via use of an exhaustive technique to diagnose an infectious origin when faced with a mass syndrome. This technical mastery, associated with knowledge of major brain infections, their method of contamination and their particular appearance on the MRI, should make it possible for the radiologist to fulfill his or her diagnostic role.

In developed countries, brain infections are relatively rare, but always potentially serious. Their incidence has decreased over the past decade with the therapeutic possibilities of treating immune deficiency.

However, these infections are still a public health problem in countries with lesser sanitary capacities. Migratory flows and the ease of travelling and number of trips have led to the possibility of the discovery and development of infectious diseases that are usually uncommon in our countries. The diagnosis of an infectious pathology is based on the patient's medical history (particularly, the geographic origin of the patient or the foreign countries he or she recently visited), the clinical presentation (which combines infectious signs and neurological signs to various extents), cerebrospinal fluid (CSF) analysis, which remains one of the cornerstones of the diagnosis, and imaging. Imaging is not always indicated during the acute phase of a brain infection, which can be an emergency, the diagnosis of which is made via CSF analysis. However, it is absolutely necessary in the vast majority of cases, particularly when there are focal neurological signs, diagnostic difficulties or difficulties following up the infection during treatment, in specific types of patients (those with immune deficiency, in particular), etc. When the infectious signs are not at the forefront of the presentation, or when they are absent, imaging must make it possible to suggest the diagnosis of the infectious disease and possibly its nature when faced with a lesion that could, from the start, be suggestive of a tumoural or vascular disease. In this article, the following information will be presented: methods of contamination of the nervous system, the knowledge of which is absolutely necessary to the understanding of brain infections and to their diagnosis via imaging, a general clinical review, the technical modalities of the investigation of a suspected brain infection and finally the most commonly encountered brain infections, the most serious and those whose appearance is sufficiently characteristic so that the diagnosis can be made using imaging.
The methods of contamination of the central nervous system (CNS)

Regardless of the causative pathogenic agent (bacteria, parasite or virus) and the site of the infection (meninges, encephalon, etc.), the arterial way is the main route of contamination of the CNS. The disposition of intracerebral arterial divisions explains why the source of development of diseases distributed via this way is at the junction of the white matter (WM) and the gray matter (GM) or in the territory of the perforating arteries. This is the case for most bacterial or parasitic infections. Metastatic locations in the brain follow the same method of distribution. In the majority of cases, viruses also reach the brain or the spinal cord via the haematological way but neurotropic viruses cross the blood brain barrier (BBB) either because it is damaged or via a transcytotic passage in the epithelial cells of this BBB, or by infestation of leucocytes that thus play the role of “Trojan horse”. Viral infections therefore show less distribution at the WM/GM junction or in the territory of the lenticulo-striated arteries.
Venous way

Dissemination via the venous way is rare. It is probably the cause in CNS damage (mainly bone marrow) in schistosomiasis. However, the veins are a vector for the extension of the infection via microthrombophlebitis, and thrombophlebitis is a progressive risk in a certain number of infections.
Damage via contiguity

Damage via adjacency is the second kind of CNS contamination by order of frequency. The brain infection comes from an infection of the face (sinusitis) or the petrous bone (otitis) which causes a trans-osseous infection, leading to either an intracerebral abscess or a pericerebral collection (extra- or sub-dural empyema). The source of the lesions is thus mainly frontal or temporal.
Neural way

Dissemination via the neural route is clearly less common than dissemination via the haematogenic route. It is certainly responsible for cases of certain types of viral encephalitis such as herpes simplex, in damage related to the varicella zona virus and rabies. The neural route also definitely explains damage to cranial nerve nuclei in listeriosis.
Direct contamination

Direct contamination can be caused by a cranial and/or vertebral wound or may occur after intracranial surgery.
Unknown

In approximately 20% of cases, the origin of the CNS infection remains unknown.
Clinical and biological signs of meningitis and meningoencephalitis

Brain infections are characterised by their diversity with regard to the causative microorganism, the type of patient in whom the infections occur and their clinical presentation

The clinical symptomatology can manifest itself in the meningitic form and/or in an encephalitic form. The meningitic syndrome is composed of fever, headache, vomiting and stiffness of the neck. The encephalitic syndrome is composed of consciousness disorders, behavioural disorders, focal neurological signs and seizures. It should be noted that only two thirds of the types of meningitis demonstrate both a complete meningitic syndrome and consciousness disorders. The encephalitic signs are the consequence of complicated bacterial meningitis, meningoencephalitis or abscess. The clinical pictures can be deceptive due to the bacteria (tuberculosis, listeriosis), the type of patient (newborn, elderly subject, immunosuppressed patient) or even due to prior antibiotherapy.

However, the diagnostic process is based on the signs and symptoms at the beginning of the disease. To put it simply, two attitudes can be considered depending on the signs and symptoms that may or may not accompany the encephalopathy, as the problem is that of imaging before the lumbar puncture, which remains the diagnostic procedure that is absolutely necessary when faced with a suspected brain infection 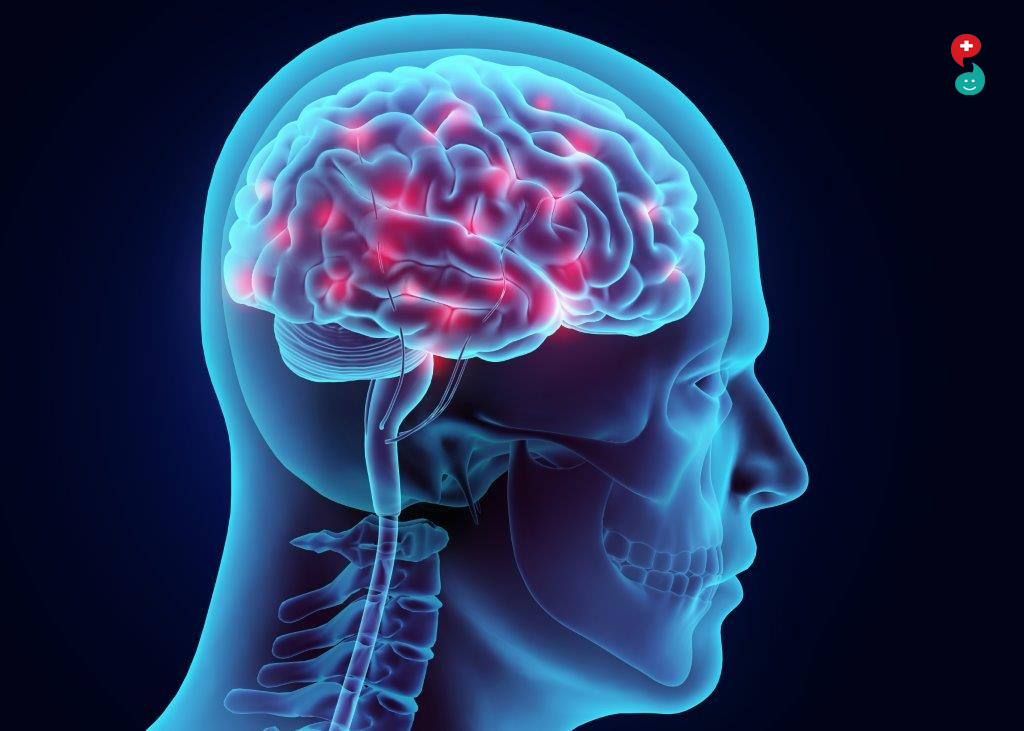 Bleeding in the brain (also called a brain hemorrhage or brain bleed) can happen because of an accident, brain tumor, stroke, or high blood pressure caused by congenital or other health conditions.

Brain bleed can reduce oxygen delivery to the brain, create extra pressure in the brain and kill brain cells. If you’re having brain bleed symptoms, it’s crucial to get treatment as quickly as possible.

Brain bleed symptoms may include:

Sudden or severe headache
Weakness, tingling or numbness in the arms or legs (often on one side)
Nausea or vomiting
Changes in vision
Changes in balance
Difficulty speaking or understanding speech
Difficulty using fine motor skills
Seizures
Loss of consciousness
If you’re experiencing brain hemorrhage symptoms, be sure to call your doctor or call 911 right away.

Diagnosis
To make a brain hemorrhage diagnosis, your doctor will first ask about your brain bleed symptoms. Next, they’ll work to locate the source of the bleeding. To do this, your doctor may order a CT scan, an MRI, or one of the following tests:

Angiogram: During an angiogram, a catheter is inserted into an artery and threaded through the circulatory system up to the brain. A dye is then injected through the catheter. This dye makes blood flow easy to see on X-rays.
Computed tomography angiography (CTA): During a CTA test, dye is injected directly into the bloodstream. This dye makes it easy to see the arteries in your brain on a CT scan.
Cerebrospinal fluid exam: Evidence of blood in this fluid may indicate bleeding.
A lumbar puncture,Also known as a spinal tap, a lumbar puncture is another way to make a brain bleed diagnosis.

Brain bleed treatments depend on the size of the hemorrhage, its location in the brain, and the amount of swelling it causes. Once your doctor locates the source of the bleeding, hemorrhage treatments may include:

surgery: This approach allows your surgeon to remove a tumor or a blood clot through a dime-sized channel, or port. Compared with traditional open surgery, it typically causes less scarring, fewer complications, and has a quicker recovery time.
Surgery: In some cases, traditional surgery may be needed to drain blood from the brain or to repair damaged blood vessels.
Draining the fluid that surrounds the brain: This creates room for the hematoma to expand without damaging brain cells.
Medication: Drugs are used to control blood pressure, seizures or headaches.
Catheter: A long, thin tube is threaded through blood vessels until it reaches the affected area.
Physical, occupational and speech therapy: These brain bleed treatments can help individuals regain brain functions (such as the ability to speak) that may have been affected by brain bleed.