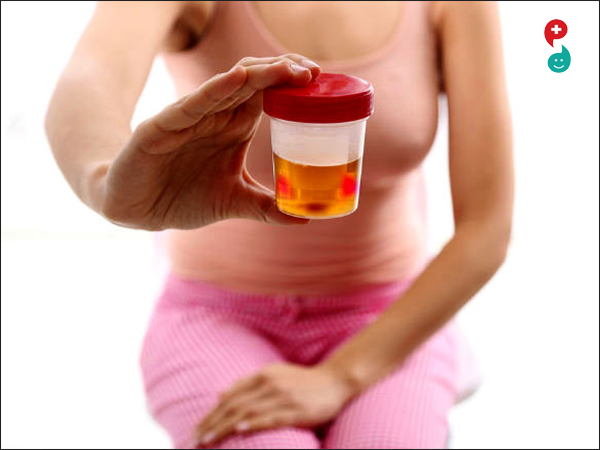 Overview
Seeing blood in your urine can be alarming. While in many instances the cause is harmless, blood in urine (hematuria) can indicate a serious disorder.

Blood that you can see is called gross hematuria. Urinary blood that's visible only under a microscope (microscopic hematuria) is found when your doctor tests your urine. Either way, it's important to determine the reason for the bleeding.

Treatment depends on the cause.

Symptoms
Gross hematuria produces pink, red or cola-colored urine due to the presence of red blood cells. It takes little blood to produce red urine, and the bleeding usually isn't painful. Passing blood clots in your urine, however, can be painful.

Bloody urine often occurs without other signs or symptoms.

When to see a doctor
Make an appointment to see your doctor anytime you notice blood in your urine.

Some medications, such as the laxative Ex-lax, and certain foods, including beets, rhubarb and berries, can cause your urine to turn red. A change in urine color caused by drugs, food or exercise might go away within a few days.

Bloody urine looks different, but you might not be able to tell the difference. It's best to see your doctor anytime you see red-colored urine.

Causes
In hematuria, your kidneys — or other parts of your urinary tract — allow blood cells to leak into urine. Various problems can cause this leakage, including:

Urinary tract infections. These occur when bacteria enter your body through the urethra and multiply in your bladder. Symptoms can include a persistent urge to urinate, pain and burning with urination, and extremely strong-smelling urine.

For some people, especially older adults, the only sign of illness might be microscopic blood in the urine.

Kidney infections (pyelonephritis). These can occur when bacteria enter your kidneys from your bloodstream or move from your ureters to your kidney(s). Signs and symptoms are often similar to bladder infections, though kidney infections are more likely to cause a fever and flank pain.
A bladder or kidney stone. The minerals in concentrated urine sometimes form crystals on the walls of your kidneys or bladder. Over time, the crystals can become small, hard stones.

The stones are generally painless, so you probably won't know you have them unless they cause a blockage or are being passed. Then there's usually no mistaking the symptoms — kidney stones, especially, can cause excruciating pain. Bladder or kidney stones can also cause both gross and microscopic bleeding.

Enlarged prostate. The prostate gland — which is just below the bladder and surrounding the top part of the urethra — often enlarges as men approach middle age. It then compresses the urethra, partially blocking urine flow. Signs and symptoms of an enlarged prostate (benign prostatic hyperplasia, or BPH) include difficulty urinating, an urgent or persistent need to urinate, and either visible or microscopic blood in the urine. Infection of the prostate (prostatitis) can cause the same signs and symptoms.
Kidney disease. Microscopic urinary bleeding is a common symptom of glomerulonephritis, an inflammation of the kidneys' filtering system. Glomerulonephritis may be part of a systemic disease, such as diabetes, or it can occur on its own. Viral or strep infections, blood vessel diseases (vasculitis), and immune problems such as IgA nephropathy, which affects the small capillaries that filter blood in the kidneys (glomeruli), can trigger glomerulonephritis.
Cancer. Visible urinary bleeding may be a sign of advanced kidney, bladder or prostate cancer. Unfortunately, you might not have signs or symptoms in the early stages, when these cancers are more treatable.
Inherited disorders. Sickle cell anemia — a hereditary defect of hemoglobin in red blood cells — causes blood in urine, both visible and microscopic hematuria. So can Alport syndrome, which affects the filtering membranes in the glomeruli of the kidneys.
Kidney injury. A blow or other injury to your kidneys from an accident or contact sports can cause visible blood in your urine.
Medications. The anti-cancer drug cyclophosphamide and penicillin can cause urinary bleeding. Visible urinary blood sometimes occurs if you take an anticoagulant, such as aspirin and the blood thinner heparin, and you also have a condition that causes your bladder to bleed.
Strenuous exercise. It's rare for strenuous exercise to lead to gross hematuria, and the cause is unknown. It may be linked to trauma to the bladder, dehydration or the breakdown of red blood cells that occurs with sustained aerobic exercise.

Runners are most often affected, although anyone can develop visible urinary bleeding after an intense workout. If you see blood in your urine after exercise, don't assume it's from exercising. See your doctor.

Often the cause of hematuria can't be identified.