Autism spectrum disorder among kids is 2.25 per 1000, says GMCH survey 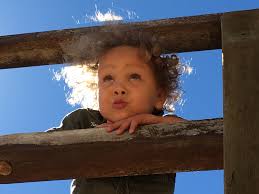 THE PREVALENCE of autism spectrum disorder (ASD) among children is 2.25 per 1000 children in the city, revealed a survey conducted by Government Medical College and Hospital (GMCH), Sector 32.

ASD is a serious neuro-developmental disorder, which affects a child’s ability to communicate and interact with others.

The study, which has been published in a neurology journal now, was funded by the Indian Council of Medical Research (ICMR).

According to doctors who were part of the study, the survey aimed at finding the prevailing estimate of ASD in Chandigarh.

The report said a total of 8,438 children between one-and-half and 10 years were screened using the Chandigarh Autism Screening Instrument (CASI). The survey found that 19 children had been diagnosed with ASD, two had been shifted to other places and 30 were assessed in detail.

“As many as 26,848 houses were visited during the survey. While the parents of 145 children refused to take part in the study, parents of 236 children could not be contacted despite making three visits to their house and hence were dropped out,” the study report said.

It states that this rate of prevalence is close to that in other Indian studies.

Dr B S Chavan, head of the Department of Psychiatry, GMCH, and also co-author of the survey report, on Wednesday said, “It took the institute around three years to complete the project.”

The survey began in 2015 after ICMR approved the GMCH project the same year to find the prevalence of autism among children in the city.

Doctors said the proposal was sent to ICMR because no survey to know the prevalence of ASD among children in Chandigarh had ever been carried out and there had been an increase in the number of new cases of autism coming to GMCH from the neighbouring states.

GMCH has been running a weekly autism clinic at the institute. The number of cases coming to the clinic has of late increased, said doctors. At least eight new cases come to the institute every month.

Dr Priti Arun of the Department of Psychiatry, GMCH-32, and principal investigator of the survey, had earlier told Chandigarh Newsline that it was for the first time that such a study had been carried out in the city.

Prolonged paracetamol use in pregnancy may up autism and ADHD risk 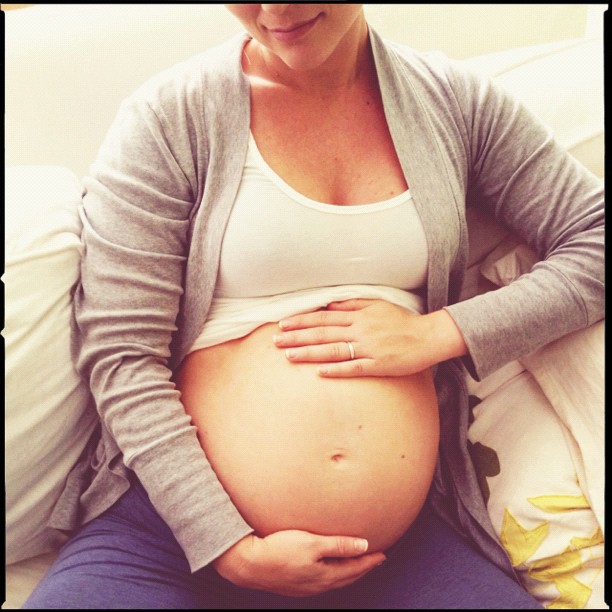 Long-term use of paracetamol during pregnancy is associated with the risk of neurodevelopmental disorders like attention deficit hyperactivity disorder (ADHD) and autistic spectrum disorder (ASD), a study has found. Previous studies showed that long-term administration of low doses of paracetamol also known as acetaminophen may affect the development of the fetal nervous system. This effect is often seen years after exposure during childhood. The new study, appearing in the American Journal of Epidemiology, showed that prolonged exposure to acetaminophen found in the commonly used drug for the treatment of pain and fever, during pregnancy is associated with a 30 per cent increase in relative risk for ADHD.

While there is also a 20 per cent increase in relative risk for ASD, compared to those who did not take the medications. “The findings suggest an association between prolonged acetaminophen use and an increase in the risk of autism and ADHD,” said Ilan Matok, from the Hebrew University of Jerusalem in Israel. For the new research, the team conducted a systematic review and meta-analysis 1,32,738 mother and child pairs with a follow-up period of three to 11 years.

The researchers believe that it is important to understand that pain and fever during pregnancy can have a detrimental effect on the developing foetus, but acetaminophen is still considered a safe drug for use during pregnancy. Therefore, if a pregnant woman has fever and/or pain, acetaminophen can be taken for a short period, and if the fever or pain continues beyond that, she should consult her physician regarding further treatment. “While the unnecessary use of any medication should be avoided in pregnancy, we believe our findings should not alter current practice and women should not avoid the use of short-term acetaminophen when clinically needed,” Matok said.

How to know if your child is autistic? Age-wise signs to watch for! 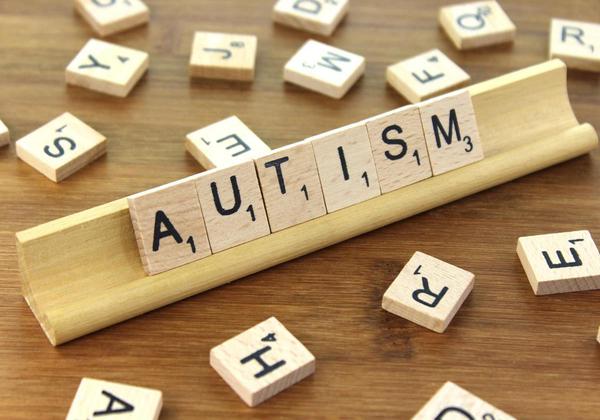 Imagine a child who likes to keep to himself. As a toddler, catching a smile on his face was like mining a diamond in the soil. He just had two odd toys he played with, slept with, caressed, went out with and even took bath with.

Even after turning a year old, he wouldn't respond to being called. He likes to play and puddle in water and will not come out of the bathroom till called for at least ten times or scolded.

Now that he is three, he still doesn't have many friends. He doesn't like playing with them and instead, prefers to play with those two toys.

However, he likes a song a lot and whenever and wherever that plays, he starts moving to the beats. Dr Manu Tiwari, psychiatrist, Fortis, says that this is a typical case of autism.

These signs speak louder than words. Though, no two cases of autism are same, there is a certain index of signs that runs common.

It is often a daunting task for parents to understand any behavioural deviations in their children. Blame lack of awareness, social rigidity or self imposed mindsets, developmental problems in kids are seen as subjects of public embarrassment.

This leads to an inability to see through disorders that need to be fixed before a certain age. When it comes to autism, the best treatment is possible when the disorder is diagnosed by the time the child turns 18 months old.

So, on this World Autism Awareness Day, to help parents understand the need of early diagnosis and to help them look out for signs, we talked to Dr Manu to understand what a child does or doesn't do if he has autism.

Now, the signs of autism spectrum disorder can be multi-layered. There can be visible differences in the way the child communicates, relates and behaves. What follows is the age-wise division of symptoms that parents must look out for in their children if they want to rule out autism.

6 TO 9 MONTHS
According to Dr Manu, this is the age when the child must reach three kinds of milestones - motor, speech and social. If the child is autistic, he:
- Does not smile, giggle or give other joyful expressions.
- Does not indulge in reciprocal communication, such as repeating sounds after you or sharing expressions.

9 TO 15 MONTHS
"A child usually starts responding to his name by the time he is an year old. If he does not recognize the sound of his name by around 12 months, something is amiss." Unusual things that you may notice during this time frame include:
- The above symptoms continue.
- Does not recognize being called out or if he recognizes, he behaves in an unorderly manner.
- Might show repetitive behaviour, such as repeating the same sounds over and over again.
- Would stick to certain toys, which may not even be toys in the first place, and will get obsessively attached to them.
- Doesn't enjoy usual games and doesn't respond to your attempts at playing with them or making them laugh.

15 MONTHS TO 2 YEARS
"It almost appears like the child has his own imaginary world where he lives. He finds it difficult to mix up with others, doesn't play usual games, hasn't started uttering any meaningful two-word phrases and doesn't even try to imitate your speech." says Dr Manu. The classic signs of autism in this age range include:
- Doesn't imitate or use toys creatively.
- Doesn't acknowledge others talking to him.
- Likes to keep aloof, play with his own toys and not indulge in group activities.
- May have extra sensory utility and respond to sensory stimulation in a different way. He can be extra sensitive to loud sounds, unusual smells, sights but can be totally unresponsive to people making efforts for his attention, coming and going, etc.
- Exhibit repetitive behaviour. Dr Manu calls it the 'rocking behaviour'. The child may repetitively rock back and forth, flap his hands, spin, flick his fingers, tap his ears or any other body part, repeat words and noises. This is usually self-stimulating in nature as experts have reason to believe that such behaviours soothe the autistic mind.
- Can be very rigid about what he eats and what he plays with. Any change in his routine may be welcomed with crankiness.

OVER 2 YEARS
- Exhibit the above symptoms.
- The child's tone of speech can be erratic. He can be either too low pitched or too high pitched. He may not understand the intonation of language and let's say, may not understand how an affirmative sentence sounds different than a question.
- May or may not be academically weak. Though many believe that autistic kids have lower IQs than those who are not but that's not always true, says Dr Manu.
- Can be excessively demanding but doesn't have a sense of attachment.
- Can be sensitive to infections and may fall ill frequently.
- Can appear robot-like with an inability to understand emotional behaviour.
- May talk in the third person, may answer to the question asked by repeating the question, may use language incorrectly, may make different expressions that what he is saying.
- Avoids eye contact.
- Has an eccentric body language, is clumsy and may not have the right posture.
- Can get highly preoccupied with a very narrow subject, which may often be around numbers, such as the flight schedules or the car numbers in his locality.

The children who have autism can appear obsessed with certain behaviours and objects but that does not mean they have Obsessive Compulsive Disorder. In OCD, anxiety also comes into the equation. Autistic kids can appear inflexible and restricted but that's all the more reason they need love, care, understanding and above all, treatment. 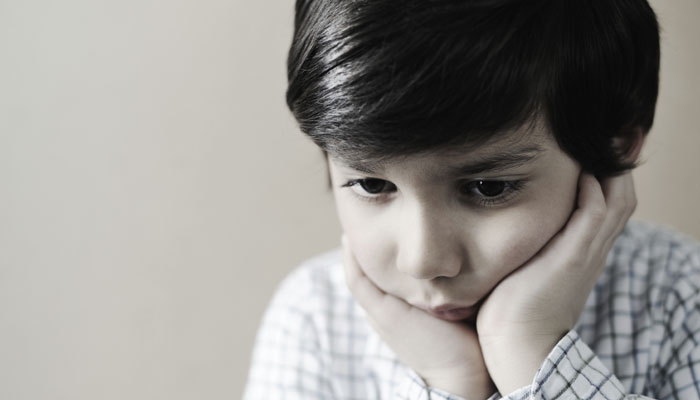