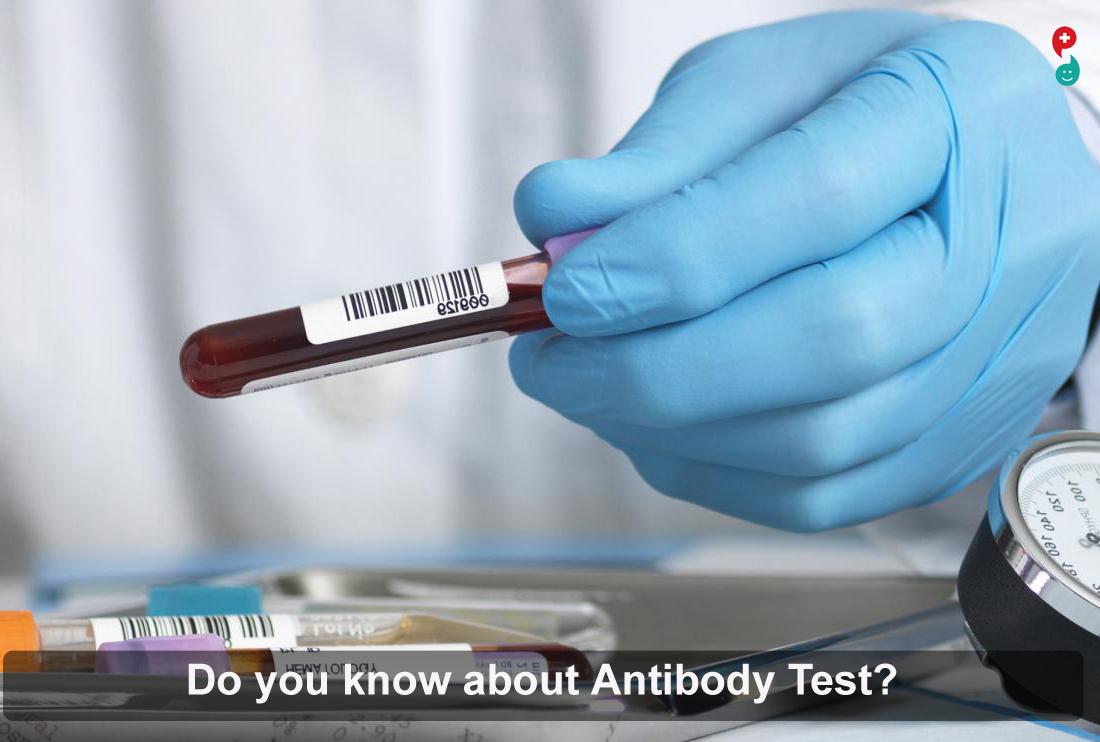 What are antibody tests?
Antibody tests involve analysing a patient’s sample (usually blood) for the presence or absence of a particular antibody (qualitative) or for the amount of antibody that is present (quantitative). Antibodies are part of the body's immune system. They are immunoglobulin proteins that help protect people against microscopic invaders such as viruses, bacteria, chemicals, or toxins.

Each antibody that is produced is unique. It is created to recognise a specific structure on an invading foreign cell or particle. The specific structure that is recognised is called an antigen. Antibodies attach to the antigens, creating antigen-antibody complexes (immune complexes) that serve as signals for the rest of the immune system to destroy the cell or particle. There are five different classes of immune globulins (IgM, IgG, IgE, IgA, and IgD). The three most frequently measured are IgM, IgG, and IgE. IgM and IgG antibodies work together to produce short-term and long-term protection against infection. IgE antibodies are primarily associated with allergies in the western world, though are also involved in parasite immunology and elimination.

The first time someone is exposed to a foreign substance, like a virus or bacterium, it may take the immune system up to two weeks to make an antibody blueprint and to produce enough of a specific antibody to fight the infection. This initial response consists primarily of IgM antibodies. Several weeks later, usually after the immediate threat has passed and the infection has resolved, the body creates IgG antibodies. It remembers the blueprint for fighting this micro organism and maintains a small supply of antibodies (a mixture of both IgM and IgG). The next time the body is exposed to the same foreign substance, it will respond much more strongly and quickly, to provide primarily IgG antibody protection.

Vaccines are designed to trigger production of antibodies prior to exposure to a potentially infective micro organism. Vaccines use either a weakened version of the micro organism (one that cannot cause infection) or an isolated protein that mimics an antigen structure on the surface of the micro organism. Thus, the vaccine provides a relatively safe initial exposure to generate the blueprint for future protection. Vaccines generate an initial immune response to create IgM antibodies and a secondary response that provides a supply of IgG antibodies. The antibodies generated by the vaccine provide long-term, rapid-response protection (termed immunity). Additional booster shots are sometimes given after the first vaccination to raise the concentration of antibodies in the blood to a level considered to be sufficiently protective (provide adequate immunity). Some vaccines rely entirely on the induction of T-cell responses e.g. varicella (chickenpox/shingles) and antibody production is less important.

Appropriate antibody production and targeting depends on the body's ability to distinguish between itself and foreign substances and to correctly identify foreign substances that represent a threat. Normally, a person's immune system learns to identify and ignore the antigens that are present on the person’s own organs, tissues, and cells. Sometimes, however, it will mistakenly identify a part of the person’s own body as foreign and produce auto-antibodies. These auto-antibodies are involved in an inflammatory reaction that attempts to destroy the body’s own tissue in the same way it would try to destroy a foreign invader. An autoimmune response can affect a single organ (like the thyroid) or be systemic, affecting many tissues or organs. These autoantibody-induced responses result in conditions termed autoimmune disorders or autoimmune diseases.

Antibodies may also trigger immune responses to blood transfusions or organ transplantations. Although patients are given blood or organs that most closely match their own blood or organs to minimise the chance of an immune response, matches are not always perfect. Antigens in donated blood that is given during a blood transfusion may stimulate an immune reaction termed a transfusion reaction. All patients receiving donor blood must be watched carefully for symptoms of transfusion reaction. Antigens on transplanted body organs may stimulate an immune response that can lead to organ rejection. Transplant patients are treated with drugs to suppress their immune systems to avoid rejection of the transplanted organ.

Sometimes a person's immune system may respond to foreign substances that represent no threat and typically do not generate immune reactions in most people. Such responses are termed allergies (or hypersensitivities) and involve generation of IgE antibodies. The foreign substances that trigger allergic reactions include foods, drugs, pollens, moulds, and animal dander. There are many different types of allergies, and allergic reactions may vary from mild irritations to severe life-threatening responses.

Why are antibody tests done?
The main reasons that antibody tests are done or antibody concentrations are measured are to:
Document exposure to an infectious or foreign agent
Evaluate protection level (immune status) against a particular micro organism
Diagnose an autoimmune condition
Diagnose the reason for a transfusion reaction or a rejection of a transplanted organ
Diagnose an allergy
Monitor the course of an infection or autoimmune process

There is not a single "umbrella" test that will measure all of a person’s various antibody levels; antibodies are as individual as the diseases they target. Antibody tests are ordered singly or in combinations, depending on a patient’s symptoms and on what information the doctor is trying to gather. If the doctor suspects a current infection, two samples (called acute and convalescent samples) may be collected (a few weeks apart) to look for changes in antibody levels.
Some antibody test focuses on specific IgM, IgG, IgA and/or IgE tests. IgG and IgM tests are used primarily for diagnosis and monitoring of infectious diseases or for determination of immune status. IgE testing is used primarily to identify and monitor allergies to specific substances. IgA testing is used in assessing immune deficiency and in the diagnosis of coeliac disease.

What do the test results mean?
Antibody tests usually involve mixing the patient’s sample with a known antigen, the substance that the antibody is directed against or produced in response to, and seeing if a reaction takes place. If an antibody is present and binds to the known antigen, the formation of the antibody-antigen complex can be measured.
There really isn't a "normal" antibody concentration since people produce antibodies at different rates. Patients with compromised immune systems may not be able to respond normally, producing fewer antibodies and/or responding more slowly to antigen exposure. The meaning of a particular test result depends on the patient’s symptoms and the specific circumstances that led to testing.

Results may be reported in a qualitative manner as "detected" or "not-detected" in the case of antibodies to agents causing chronic infections (such as HIV), where any amount of antibody is considered meaningful. They may be reported out as "greater than" a particular cut-off level if immunity is being checked (above that level - which varies depending on the microorganism involved - a person is usually considered to be protected), or as "immune" or "non-immune" (meaning that the person does or does not have sufficient antibodies to ward off infection). Results may also be reported as a number representing a concentration.
Detection of IgM antibodies tends to indicate a recent initial exposure to an antigen whereas detection of total or IgG antibodies indicates exposure some time ago.

Antibody titres are sometimes used to evaluate how significant a positive antibody level is. These titres involve diluting the sample – creating and testing serial (increasing) dilutions. The highest dilution that is still positive is reported out as a "1 to dilution rate" ratio (for instance 1:40 or 1:320, etc.). This is still used to report out some antibody levels, especially in the case of autoimmune conditions. "Antibody titre" is a term that is also sometimes used generically to refer to antibody concentrations.

High levels of individual IgE antibodies may help diagnose an allergy, but they do not necessarily correlate to the severity of the symptoms that a patient may be experiencing. A patient who has been avoiding an offending substance, such as peanuts, may have low to moderate concentrations of IgE peanut antibodies when tested. However, with subsequent exposure, the person’s peanut antibody concentrations would rise again. 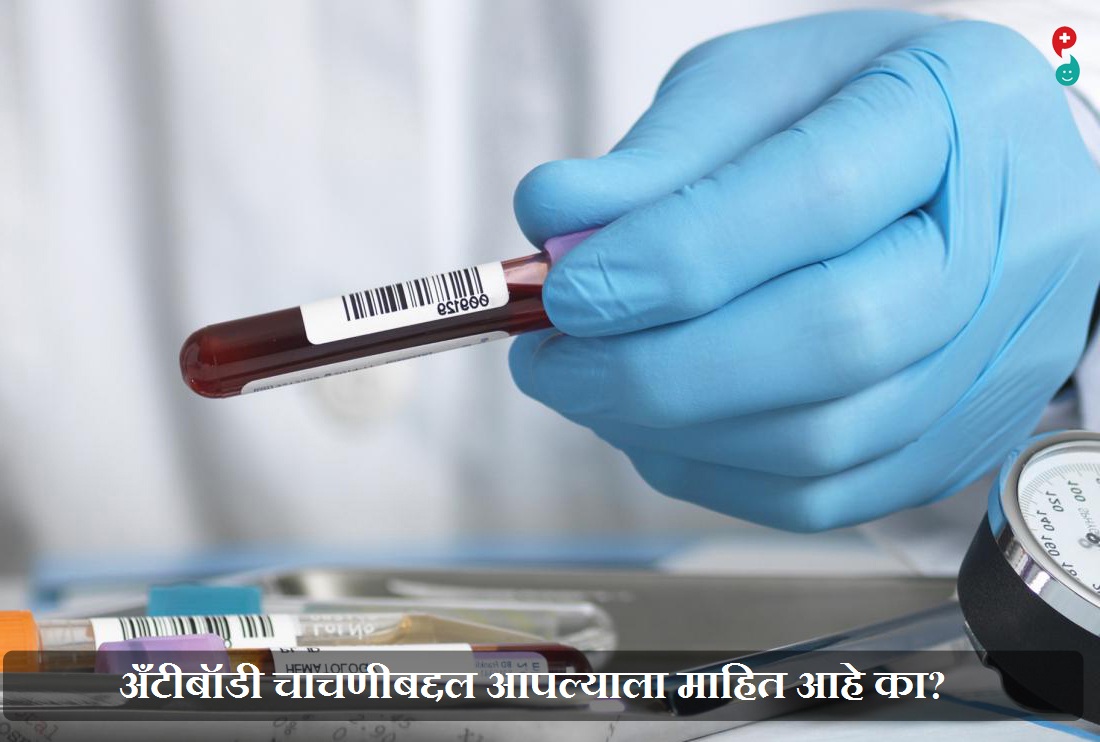