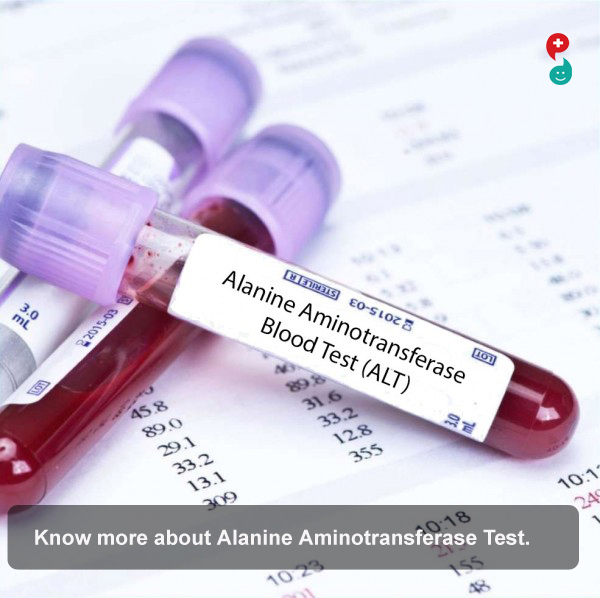 What is an Alanine Aminotransferase (ALT) test?
An alanine aminotransferase (ALT) test measures the level of ALT in your blood. ALT is an enzyme made by cells in your liver. The liver is the body’s largest gland. It has several important functions, including:
1) Making proteins
2) Storing vitamins and iron
3) Removing toxins from your blood
4) Producing bile, which aids in digestion

Proteins called enzymes help the liver break down other proteins so your body can absorb them more easily. ALT is one of these enzymes. It plays a crucial role in metabolism, the process that turns food into energy. ALT is normally found inside liver cells. However, when your liver is damaged or inflamed, ALT can be released into your bloodstream. This causes serum ALT levels to rise. Measuring the level of ALT in a person’s blood can help doctors evaluate liver function or determine the underlying cause of a liver problem. The ALT test is often part of an initial screening for liver disease. An ALT test is also known as a serum glutamic-pyruvic transaminase (SGPT) test or an alanine transaminase test.

Why is an ALT test done?
The ALT test is usually used to determine whether someone has liver injury or failure. Your doctor may order an ALT test if you’re having symptoms of liver disease, including:
1) Jaundice, which is yellowing of your eyes or skin
2) Dark urine
3) Nausea
4) Vomiting
5) Pain in the right upper quadrant of your abdomen
Liver damage generally causes an increase in ALT levels. The ALT test can evaluate the levels of ALT in your bloodstream, but it can’t show how much liver damage there is or how much fibrosis, or scarring, is present. The test also can’t predict how severe the liver damage will become.

An ALT test may also be performed to:
1) Monitor the progression of liver diseases, such as hepatitis or liver failure
2) Assess whether treatment for liver disease should be started
3) Evaluate how well treatment is working
4) How do I prepare for an ALT test?
5) An ALT test doesn’t require any special preparation. However, you should tell your doctor about any prescription or over-the-counter medications you’re taking. Some drugs may affect the levels of ALT in your blood. Your doctor might tell you to avoid taking certain medications for a period of time before the test.

How is an ALT test performed?
An ALT test involves taking a small sample of blood, as detailed below:
A healthcare provider uses an antiseptic to clean your skin in the area where they will insert a needle. They tie an elastic band around your upper arm, which stops the flow of blood and makes the veins in your arm more visible. Once they find a vein, they insert a needle into the vein. This may cause a brief pinching or stinging sensation. The blood is drawn into a tube attached to the end of the needle. In some cases, more than one tube may be required. After enough blood has been collected, the healthcare provider removes the elastic band and the needle. They place a piece of cotton or gauze over the puncture site and cover that with a bandage or tape to keep it in place. The blood sample is sent to a laboratory for analysis. The laboratory sends the test results to your doctor. Your doctor may schedule an appointment with you so they can explain the results in more detail.

What are the risks associated with an ALT test?
An ALT is a simple blood test with few risks.Bruising can sometimes occur in the area where the needle was inserted. The risk of bruising can be minimized by applying pressure to the injection site for several minutes after the needle is removed. In very rare cases, the following complications can occur during or after an ALT test:
1) Excessive bleeding where the needle was inserted
2) An accumulation of blood beneath your skin, which is called a haematoma
3) light headedness or fainting at the sight of blood
4) An infection at the puncture site

What do my ALT test results mean?
Normal results
The normal value for ALT in blood ranges from 29 to 33 units per litre (IU/L) for males and 19 to 25 IU/L for females, but this value can vary depending on the hospital. This range can be affected by certain factors, including gender and age. It’s important to discuss your specific results with your doctor.

Abnormal results
Higher-than-normal levels of ALT can indicate liver damage. Increased levels of ALT may be a result of:
1) Hepatitis, which is an inflammatory condition of the liver
2) Cirrhosis, which is severe scarring of the liver
3) Death of liver tissue
4) A tumour or cancer in the liver
5) A lack of blood flow to the liver
6) Hemochromatosis, which is a disorder that causes iron to build up in the body
7) Mononucleosis, which is an infection usually caused by the Epstein-Barr virus
8) Pancreatic, which is an inflammation of the pancreas
9) Diabetes
Most lower-level ALT results indicate a healthy liver. However, studies have shown that lower-than-normal results have been related to increased long-term mortality. Discuss your numbers specifically with your doctor if you’re concerned about a low reading. If your test results indicate liver damage or disease, you may need more testing to determine the underlying cause of the problem and the best way to treat it. 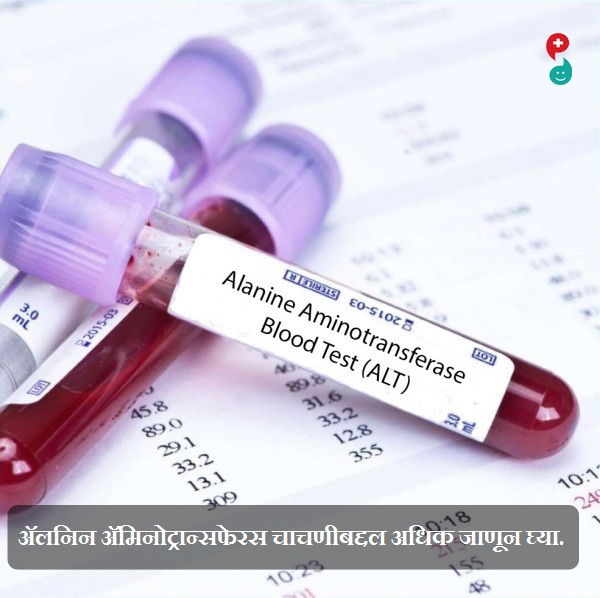